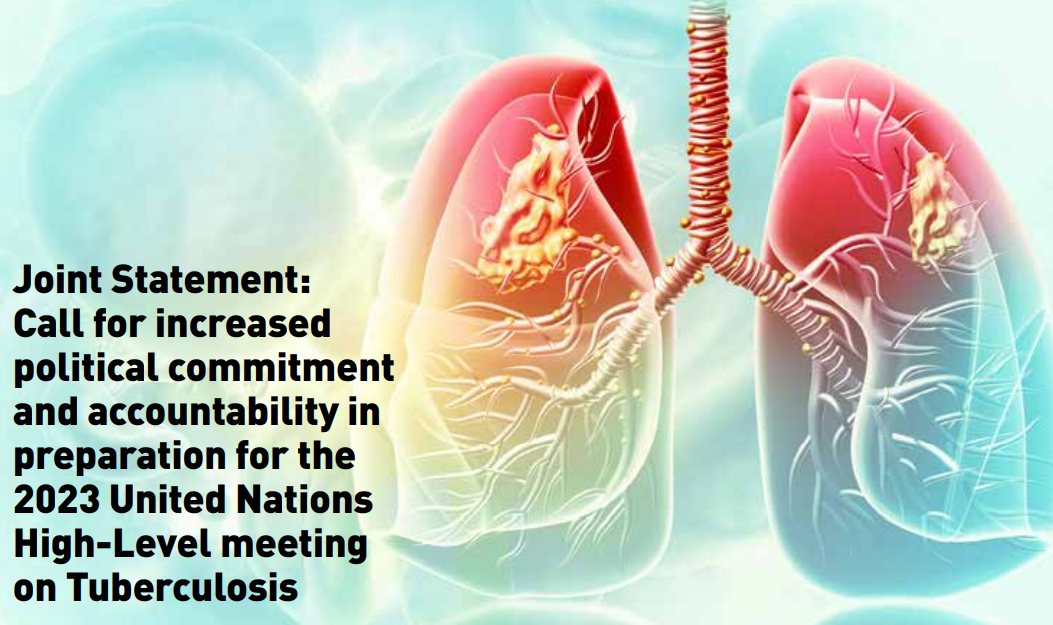 Joint Statement: Call for increased political commitment and accountability in preparation for the 2023 United Nations High-Level meeting on Tuberculosisvi

By The Vellum Team
Tags: Disease, Health, WHO

News Release by WHO

In June 2022, WHO’s Director-General Dr Tedros Adhanom Ghebreyesus held a dialogue with WHO’s Civil Society Task Force on Tuberculosis (CSTF-TB) in Geneva, Switzerland.  The dialogue was followed by an online town hall with civil society and affected communities on priorities for the CSTF-TB and its engagement with the broader civil society and affected communities working on TB.

Recognizing the importance of the 2023 United Nations General Assembly High-level Meeting on TB (2023 UNHLM on TB) in fostering high-level political will, enhancing collaboration, mobilizing resources for people-centered services for TB-affected individuals, households and communities, CSTF-TB requested WHO to take the lead in leveraging the multistakeholder taskforce to set collective priorities in preparations for the 2023 UNHLM on TB.

In this joint statement, the WHO Director-General and CSTF-TB commit to:

The members of WHO’s Civil Society Task Force on TB committed to actively work in close collaboration with WHO and all stakeholders to support WHO member states to advance multisectoral and multistakeholder action in preparation for the 2023 UNHLM on TB and get progress to end TB back on track through increased political commitment and accountability.