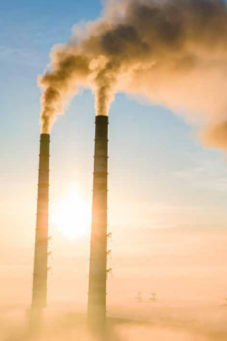 Over the last decade, the top four emitters, China, US, EU and India, have contributed to 55% of the total greenhouse gas (GHG) emissions, with the G20 members accounting for around 78% of global GHG emissions. Consequently, the G20 members largely determine global emission trends and the extent to which the 2030 emissions gap will be closed. Considering the G20 members account for 80% of world GDP, 75% of global trade, and 60% of the world’s population, should developing countries share equal burden for climate change mitigation?

On October 30 and 31, 2021, Rome hosted the G20 Heads of State and Government Summit. Significantly, neither China’s President Xi Jinping, nor Russia’s Vladimir Putin were in Rome for the G20 summit, instead joining via video link. The Rome Summit was to serve as an opportunity for G20 members to establish firm targets for climate change mitigation before the COP26 summit in Glasgow, which is underway. US President Joe Biden singled out China and leading oil producer Russia for failing to step up their climate goals in Glasgow, while Beijing rejected Washington’s efforts to separate climate issues from their wider disagreements. The inconsistent commitments and fragmentation between the superpowers casts further doubt on whether the climate change commitments are concrete undertakings or an opportunity to virtue signal the developing world.

Nationally Determined Contributions (NDCs) form the basis for countries to achieve the objectives of the Paris Agreement, which sets out a global framework to avoid dangerous climate change by limiting global warming to well below 2°C and pursuing efforts to limit it to 1.5°C. On December 24, 2020, Kenya submitted its updated NDC, with the aim of reducing GHG emissions by 32% before 2030. The cost of mitigation and adaptation of actions is estimated at $62 billion, with Kenya footing 13% of the cost while international support shall raise the remaining 87% of the budget. Despite the ambitious goals of reducing GHG emissions, much controversy surrounds the process of transitioning from carbon-driven economies to sustainable renewable energy-driven economies. These sentiments were raised by Suriname President Chan Santokhi as he remarked: “We see double standards creeping into our thinking, whereby those who have already benefited from carbon-driven economies would like to prevent emerging economies laying similar foundations for their political stability, social development and economic prosperity“.

Developing nations are grappling with trepidations over the efficacy of renewable energy to meet their economic needs, compared to the certainties of fossil fuel energy sources. The high initial acquisition cost, compared to utilizing the conventional sources, has resulted in a serious setback in the use of Renewable Energy Sources (RES) as an alternative to power generation in developing countries. High cost continues to hamper RES adoption despite an increase in global climate finance flows that have sought to reduce renewable energy technology costs of Solar by 29%, onshore wind by 18%, and offshore wind by 10%. In addition, the majority of developing nations lack favorable government policies on power generation for RES that will be different from the conventional fossil fuel generating sources. These policies should favour reduction or total exemption in tax payment, tariff plan, low-interest loans, subsidies in RES utilization, custom duty waivers, and tax rebates to encourage renewable energy adoption.

Furthermore, developing nations must contend with expanding storage capacity in existing power generating reservoirs and ameliorate local capacity to manufacture power components and equipment if they are to pragmatically become independent of fossil fuel energy. These efforts will be heavily predicated on making information on renewable resources publicly available  to support investment promotion, decision making and energy planning. In purview of the fact that developing nations cannot satisfy their most immediate needs, what effect will additional foreign aid have on these dependent nations?