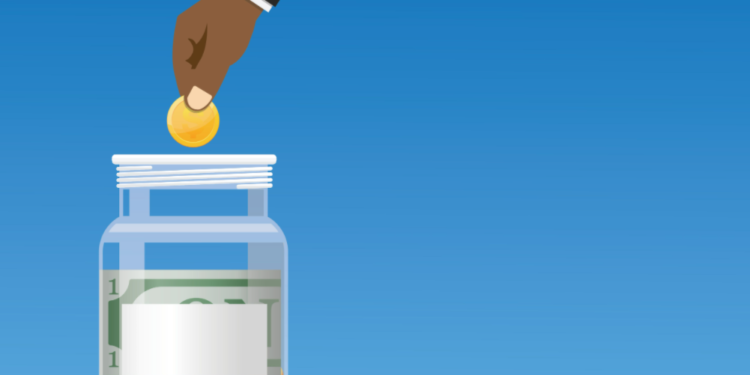 The Capital Markets Authority (CMA) has blamed the courts for issuing orders baring the regulator from pursuing Cytonn Group for defaulted investments in Sh13.5 billion funds. The CMA told Parliament that its hands are tied, following a court order barring the authority from investigating two of the firm’s funds — the Cytonn High Yield Solutions (CHYS) and Cytonn Real Estate Projects Notes LLP.

The CMA does not regulate the two funds, which have failed to pay investors upon maturity of their investments in properties Cytonn developed. The company has been marketing the funds as private placements, a closed shop of a few sophisticated investors, which do not fall under the ambit of the markets regulator. Wyckliffe Shamiah, CMA chief executive, said the regulator wanted to transition the CHYS into a Real Estate Investment Trust (Reit) but the firm moved to court in April 2020, obtaining orders to stop any enforcement action by the authority.

Kenya has acquired an additional 3.9 percent stake in Shelter Afrique for Sh1 billion, deepening its position as top shareholder in the Pan-African housing financier.

The extra capital injection of Sh995.6 million ($9.2 million) has moved Kenya’s shareholding to 18.72 percent from the 14.82 percent it held in December. Shelter Afrique chief executive Andrew Chimphondah said Kenya’s support had been key to turning around the firm, which last year posted the first profit in six years.

Hundreds of small unregulated savings and credit co-operative societies (Saccos) with more than Sh100 million and those operating online risk closure after they failed to meet the June regulatory deadline for registration.

Only 157 saccos beat the June 30 deadline for application to the Sacco Society Regulatory Authority (Sasra), out of which 25 have concluded the registration process. The regulator had given the saccos six months to register with those in breach barred from undertaking the specified non-deposit taking business unless they complied with the Sacco Act and Regulations 2020.

The earnings represent a 27.7 per cent increase, which has helped the country to maintain a stable foreign exchange regime, especially against the dollar. The performance has partly been sustained by continued growth in non-traditional exports such as gold.

Growth in private sector loans, the IMF says, has remained in single digits in the last nine months as banks opt for more secure debt amid increasing risks resulting from Covid-19.

Banks have also maintained high interest rates, which drive away borrowers, yet Bank of Uganda has been reducing the Central Bank Rate as a way of creating accommodative interest rates.

However, lending rates have remained sticky impeding growth of private sector credit, which is critical in economic development, especially in regard to expansion of investments that generate income, jobs, goods and services.

In its country report, the IMF said, private sector credit grew by 8.7 per cent in 2020, down from 12.9 per cent a year earlier supported by more than expected growth in foreign currency denominated loans since mid-2020. However, the IMF noted, during the period, there was significant growth in non-performing loans, especially in  trade, noting the expected increase in default rates could explain banks’ continued tight credit standards.

Government, among other measures, is seeking to stimulate the economy through clearing domestic arrears. The Ministry of Finance said it would release the entire budget allocated for payment of domestic arrears for the 2021/22 financial year. The move, which will make Shs435.4b available, comes amid reduced economic activity with most government suppliers, who hold billions of shilling in government debt, struggling to stay afloat.

However, this will be a drop in the ocean given that domestic arrears stand  at close to Shs4 trillion as of April. The payment, together with other measures, government said yesterday, will be one of the ways through which the economy, which has been subdued by Covid-19, will be lifted.

Only 1.5 per cent of close to $281m that is allocated to social assistance for the vulnerable population reaches intended targets in Uganda, according to the International Monetary Fund (IMF). At least 22 per cent of Ugandans, which translates to more than 8.3 million people, according to Uganda Bureau of Statistics, are classified as vulnerable but more than 76 per cent or more than 6.3 million never access social assistance.

The low access, the IMF says, makes Uganda an outlier in effective social support compared to other East African member states whose allocations average 11.4 per cent.

Uganda only allocates 0.8 per cent of its gross domestic product, which translates to $281m  towards social assistance in various programmes to support a sea of needy people. Therefore, the IMF noted, there is need for government to strengthen social assistance programmes and improve targeted assistance through a broad-based approach that is infused in tax policy measures with focus put on mobilising more money in taxes to expand social assistance.

We have enough money to fund oil investments – Absa

Absa has told investors in the gas and oil sector that it has resources to finance oil activities. The money, the bank said, is available and has no cap on how much one can access, noting applications will be assessed on a case-by-case basis.

The bank also noted it was ready to build partnerships with insurance companies to provide services that will arise in the sector given its capital intensive and risky nature. Globally, oil experts say investing in the oil and gas carries a number of significant risks, among which include price volatility and oil spills or related accidents.

Speaking the during the just concluded 7th Annual Oil and Gas Convention, Mr David Mparuta, the Absa head of enterprise and suppliers’ chain development, corporate and investment banking, said the bank is ready to provide financial support to investors in the oil and gas sector. During his presentation Mparuta said Absa had within the Group built capacity to fund oil and gas projects noting that the bank had recently funded a $12m project through a single transaction for a local contractor in the oil and gas value chain in a market he did not mention.

The specialist Charles Kunaka told ENA that significant reforms undertaken by the Government of Ethiopia, including the opening up of the logistics sector to Foreign Direct Investment and private sector competition, require more continuous improvement and enhanced role of the private sector.

The dimensions of the Logistics Performance Index (LPI) such as customs, infrastructure and quality of services are led by the government or the public sector. But there are also parts of the LPI such as logistics quality, international shipment and timeliness that are perhaps dominated by the private sector. World Bank’s international LPI is a summary indicator of logistics sector performance, combining data on the six core performance components into a single aggregate measure.

The approved loan agreements would help the country to execute projects, including financing Ethiopian digital foundation projects, small and medium enterprise projects, and distributing electricity and light to Ethiopian project, it was learned.

The agreements ratified are part of the government’s new loan strategy that has stipulated a borrowing scheme by shifting from commercial to concessional loans as well as using long-term loans to support projects.

The Green Climate Fund’s financing is part of an overall 900 million USD program budget whose objective is to scale up roll-out of mini-grids, solar home systems, and commercial and industrial solar solutions in the program countries, according to a press release of Green Climate Fund (GCF).Green Climate Fund Private Sector Facility Acting Director, Tony Clamp said GCF is delighted to partner with the African Development Bank to support this timely and critical program for decentralized renewable energy across these six African countries.

GCF was established by 194 governments to limit or reduce greenhouse gas (GHG) emissions in developing countries, and to help vulnerable societies adapt to the unavoidable impacts of climate change.

Ethiopia has urged Egyptian and Sudanese to understand that a resolution to the Nile issue won’t come from the Security Council; it can only come from good faith negotiations under the auspices of the AU with due care for the wellbeing and development of each other.

The remark was made by Minister of Water, Irrigation and Energy, Sileshi Bekele on Thursday at the United Nations Security Council (UNSC) open briefing on the issue of the Grand Ethiopian Renaissance Dam (GERD).

Ethiopia believes that an agreement is within reach, given the necessary political will and the commitment to negotiate in good faith, Sileshi said. Ethiopia’s longstanding commitment to the AU-led process is underpinned by a belief that Africans have the wisdom, the technical expertise, and more importantly, the agency to address their challenges, Sileshi underscored.

President Paul Kagame said Thursday he had held a ‘productive’ conversation with European Union Commissioner for International Partnerships, Jutta Urpilainen, in which the former expressed gratitude towards EU’s support in making vaccine manufacturing a reality in Rwanda and Africa.

Rwanda is one of the three countries in Africa that have been designated as hubs for vaccine production in Africa, the others being Senegal and South Africa. This development follows EU’s recent announcement of a financial support worth Rwf3.6 billion, as part of the efforts to enhance the country’s attractiveness to investments in vaccine manufacturing. Under the agreement, the investment is expected to strengthen the capacity of the Rwanda Food and Drugs Authority (FDA) which is the industry regulator for vaccines.

Urpilainen disclosed that the two had also discussed situation in the Horn of Africa and the upcoming AU-EU Summit.

Statistics from the Ministry of Health show that 3.1 per cent of population, representing 392,003 people have received at least the first dose of vaccination, while 2.0 per cent are fully vaccinated, at 251,963 people as of July 7. This however, does not exempt those vaccinated from testing positive to Covid, or even more importantly, to transmit the virus, according to research and data by the Rwanda Biomedical Centre (RBC).

“People need to understand that they are not transmitting it to unknown persons but their close loved ones; family, friends and neighbours,” said Dr. Menelas Nkeshimana, the Team Lead for Covid-19 Case Management and Coordinator for the Western Province. Vaccines will continue to be given, as per availability and measures will continue to be adhered to for us to properly address the pandemic. Even though a person is vaccinated, he says, risks of being infected and transmitting the virus are still high, what the vaccine does is to develop your immune system and to prevent the severance of symptoms.

While the government is encouraging cashless payments to reduce the risks of spreading Covid-19, cash is still king when it comes to carrying out financial transactions.The New Times conducted a mini-survey across Kigali to establish areas where and why cash is still dominant.

Among the reasons business outlets maintain use of cash is locked Mobile Money payment (MoMo pay) accounts. MoMo pay is payment avenue where clients can make payments without charge while vendors can access their money without charge. However, traders say that quite often their MoMo pay accounts are their accounts are blocked without any explanation or prior warning.

Other reasons include: trader preference, making of small payments and public perception.

The private sector is a key player in job creation and development of the region and should therefore take center stage in the regional integration agenda, John Bosco Kalisa, the new CEO of the East African Business Council (EABC), has said.

Kalisa who recently took over at the regional private sector body noted this Wednesday, July 7, after paying a courtesy call on his predecessor, the East African Community (EAC) Secretary-General, Peter Mathuki, at the EAC Headquarters in Arusha, Tanzania. The two officials agree on private sector development and resolution of trade barriers being top priorities for the EAC, so as to increase Intra-EAC trade and promote the region as an investment destination.