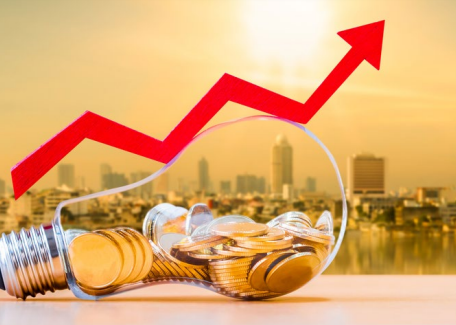 In the financial year ended June 2022, the Kenya Revenue Authority (KRA) recorded a historic high of KSh2.031 trillion against a revenue target of KSh1.882 trillion, representing a 21.7 per cent growth and the highest ever in its history. Despite this tremendous performance, the government is keen to push further for increased revenue collection.

Speaking at the Taxpayer’s Day 2022, President William Ruto noted that the active tax base remains far short of its potential. He commended the steady growth of revenue mobilisation undertaken by KRA but insisted that there was still room and scope to increase revenue collection. For what may seem like a monumental task, the President directed the Revenue Authority to raise KSh 3 trillion by the end of the next financial year and to double the current collection by the end of his first term in 2027.

President Ruto called for radical reforms at the taxman to achieve the target. Chief among these is a cultural shift to make KRA a people-friendly, customer-centric organisation. He, however, warned against undertaking extravagant rebranding exercises that are diversionary and cosmetic. Real and comprehensive culture change has to take place. As part of being customer-centric, KRA will be required to actively facilitate taxpayer compliance while minimising the compliance burden on the taxpayer.

The annual inflation adjustment taxes will present a key test on how KRA will balance its new customer-centric nature aimed at lessening the compliance burden. The taxman projects to collect an extra KSh5.2 billion from the inflation adjustment on excisable goods for the 2021/22 financial year, underlying the double blow consumers face from a rising cost of living. The Kenya Association of Manufacturers (KAM) decried the inflation adjustment, arguing that such an increase will have a huge impact on ordinary citizens, who are already overburdened by the ever-increasing cost of living. Further, the inflation adjustment will also stifle small and medium enterprises (SMEs), a key focus area for the new government. With the ambitious revenue target set by the President and the concerns raised by taxpayers, KRA will have to walk on a tightrope.

The other measure proposed by the President to increase revenue mobilisation is increasing the number of taxpayers. Currently, there are about seven million people with KRA pin numbers. KRA will have to mount an aggressive taxpayer registration campaign to ramp up the numbers. In his remarks, President Ruto noted that Safaricom’s MPESA has around 30 million registered customers, transacting billions daily. As such, KRA can net more taxpayers by pushing every Kenyan with an ID to have a PIN number. KRA will have to leverage technology and effective strategies to achieve this. What remains to be seen is whether an increase in registered taxpayers will lead to an increase revenue collection.

Besides revenue mobilisation efforts, KRA will also be required to decisively and effectively deal with the issue of revenue leakage. President Ruto urged the Authority to establish a strong and transparent integrity assurance mechanism embedded in an equally robust corruption prevention framework. He further issued an ultimatum to KRA Commissioner-General Githii Mburu to urgently act on intelligence reports noting that rampant collusion between KRA and rogue traders had resulted in massive revenue leakages, which could be in the region of KSh 400 billion.

The taxman has his work cut out for him. It remains to be seen how KRA will strike a balance in driving revenue mobilisation against an ambitious revenue target while ensuring a fair, predictable, transparent, and accountable tax environment