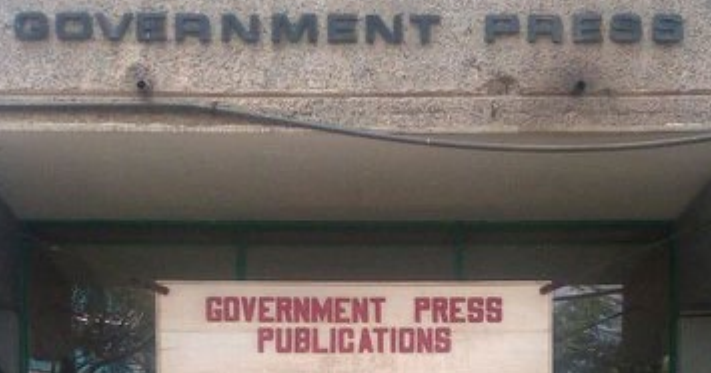 The Government Printer has come under increased scrutiny this week after the Speaker of the National Assembly called off a special sitting following the failure to gazette the special sitting.

Speaker Justin Muturi had called for a special sitting of the National Assembly on Wednesday, July 13, 2022, after receiving a request from the Leader of the Majority Party. The business to be transacted in the special sitting included ratifying a defence pact between Kenya and the United Kingdom, the County Governments Additional Allocations Bill, and the consideration of the contentious Huduma Bill.

According to the Speaker, the Government Printer failed for unknown reasons to publish the Gazette Notice for the special sitting despite the procedural notifications having been forwarded by the Clerk of the National Assembly in good time.

What is the Government Press?

The Government of Kenya is the principal shareholder of the Government Press Fund, holding 100% of the Fund’s equity interest.

What is the role of the Government Press?

The Government Press aims to promptly provide printing services to the Kenyan government at the most economical costs and ensure adequate security and supply of all documents needed for running ministries, departments, state corporations, the private sector, and the general public. It is tasked with printing and publishing all official documents, including the Kenya Gazette.

The office also makes the official rubber stamps and advises the State on all matters concerning document printing.

The Government Press is the designated printer of all security-related documents, including title deeds, log books, birth and death certificates, and revenue stamps. It also prints government documents such as budgets, Economic Surveys, Acts of Parliament, Gazette Notices, and Gazette supplements.

The Kenya Gazette is an official publication published by the authority of the Government of Kenya. It sets out various official publications, including public appointments, special sittings of Parliament, enacted national and county legislation, change of name for companies and individuals, and disposal of uncollected goods, among other things.

Lapses in the Government Press

The procedural blunders that led to the calling off of the special sitting by the National Assembly have brought to the fore the critical and sensitive role exercised by the Government Press and the implications of any lapses in discharging its mandate.

The ratification of the defence pact between the UK and Kenya hangs in the balance. At the same time, critical services offered in the Counties may be affected, given that the allocation of additional revenue to the Counties remains pending.

IEBC has been in the eye of the storm as the electoral agency prepares for the forthcoming General Election. The situation hasn’t been helped by the delays experienced at the Government Press. IEBC blamed the delay in the gazettement of August 9th General Election candidates on technical challenges experienced at the Government Printer. This followed questions as to why some ballot papers had already been printed yet the candidates were yet to be gazetted. Azimio la Umoja coalition challenged the printing of ballot papers, arguing that the Commission cannot print ballot papers without a gazette notice.

The recently enacted Finance Act, 2022, also exposed the underbelly of the Government Printer. The Act was signed into law by the President on 21st June, 2022, but was gazetted on 8th July 2022. This is despite certain provisions in the Act taking effect from 1st July 2022. The Finance Act is already being challenged in court, and this point will likely be contested.

During this heightened political season, the Government Printer is likely to be perceived as a gatekeeping position susceptible to outside control.

As stated above, the Government Press’s functions have far-reaching implications. There should be concerted efforts geared towards enhancing the operational capacity of the office.

Further, the independence of the Government Press needs to be guaranteed to ensure that the office is not subject to influence by other parties.