Climate conference takeaways: Key outcomes from COP27 and the next steps as we head to COP28 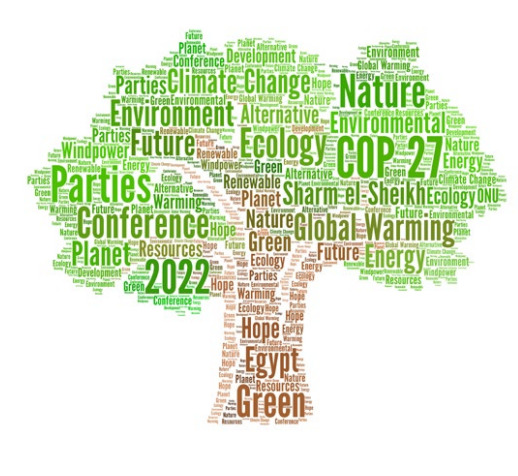 Discussions over establishing a “new collective quantifiable target on climate finance” for 2024, taking into account the requirements and interests of poor nations, took place during COP27.

The conversations focused on ways to overcome climate problems and how to give the funding, resources, and instruments to successfully undertake climate action at scale. Themes covered in the debates included food security, vulnerable populations, and just transition.

The UN Conference had more than 45,000 in attendance to exchange concepts, find solutions, and create alliances. Indigenous peoples, nearby towns and cities, as well as members of civil society, especially young people and kids, presented their efforts to combat climate change and discussed how it affects their daily lives.

At COP27, young people in particular were given more attention, and the UN Executive Secretary for Climate Change made a promise to press governments to incorporate the solutions put up by young people in decision and policy-making, rather than just listen to them. This was through the first-ever children and youth pavilion and the youth-led Climate Forum, where young people made their opinion to be heard.

Governments, corporations, and civil society also had a place to collaborate and present their practical climate solutions during COP27, which ran concurrently with the formal deliberations. Over 50 activities were scheduled over a two-week period by the UN Climate Change High-Level Champions. This included significant work on the mobilisation of money as well as a number of key African-led efforts to reduce emissions and increase climate resilience.

A ground-breaking agreement to offer “loss and damage” funding for vulnerable nations severely impacted by climate disasters marked the end of the United Nations Climate Change Conference. At COP27, additional contributions totaling more than USD 230 million were contributed to the Adaptation Fund.  This fund will support vulnerable communities in adapting to climate change.

COP27 made substantial progress in the mitigation efforts. At Sharm el-Sheikh, a mitigation work programme was started with the urgent goal of increasing mitigation ambition and application. Following COP27, the work programme will begin and last until 2030, with at least two global discussions taking place annually. Additionally, governments were urged to review and tighten up the 2030 goals in their national plans for the climate by the end of 2023. They were also urged to step up efforts to phase out wasteful fossil fuel subsidies and unabated coal power. The decision text acknowledges that the unprecedented global energy crisis which requires quick changes to energy systems in order to make them more safe, dependable, and robust in the decade of action.

A tool to increase ambition under the Paris Agreement, which was completed by participants in the UN Climate Change Conference COP27. Prior to the conclusion of the stocktake at COP28 in 2023, the UN Secretary-General will call a “climate ambition summit.”

Denmark, Germany, Finland, Sweden,  Ireland, Slovenia, Switzerland, and Belgium announced a total of USD 105.6 million in new funding and emphasized on the need for more support for GEF funds targeting the immediate needs of low-lying and low-income states for climate adaptation.

The Forest and Climate Leaders’ Partnership, an initiative meant to coordinate action by governments, corporations, and community leaders to stop forest loss and land degradation by 2030, was launched, marking a significant advancement in the protection of forests.

In conclusion, there was an agreement by governments on how to grow the Global Goal on Adaptation, which will be completed at COP28 and inform the first Global Stocktake. This Stocktake will increase resilience among the most vulnerable.

The doping cloud that has cast a dark shadow over Kenyan athletics for the past decade, appears poised to shortly pour a torrential rain of sanctions that will have far-reaching effects on the country’s sporting legacy.

The avalanche of doping cases in Kenya and globally will be in focus during a Friday, November 25 meeting in Monte Carlo between the World Anti-Doping Agency (WADA), Athletics Integrity Unit and World Athletics.

Writing for CGTN, veteran athletics journalist Mutwiri Mutuota said that: “Kenya is likely to get a three-year ban.” According to CGTN, among the conditions set to be put in place for the lifting of the looming ban will be the arrest and prosecution of those accused of running the doping ring in Kenya including unscrupulous agents, managers, and medics.

In addition to being a permanent stain on Kenya’s athletics pedigree, the looming ban would see Kenya become a sporting outcast with her sportspeople missing out on international competitions among them the 2024 Paris Olympics.

Kenyans have dominated road racing and the Diamond League track circuit for decades, setting records and winning great amounts of prize money. In addition, Kenyan athletes have benefited from millions of dollars in endorsement deals with the likes of sporting giants Nike. Kenyan corporates have also put in loads of sponsorship money to teams and individuals.

But a ban would ruin the country’s sporting reputation and sink any current endorsement deals due to the negative press that would engulf Kenyan sports and athletics in particular.

Despite Kenya’s doping nightmare being fueled by unscrupulous individuals, the country would join Russia which is currently facing a global sporting ban owing to State-sponsored doping. Under the ban, Russia’s flag, name and anthem are not allowed at international sporting competitions, but Russian athletes not implicated in doping can compete under a neutral flag.

Just this year alone, over 30 Kenyan athletes have been sanctioned for anti-Doping Rule Violations by the AIU and Anti-Doping Agency of Kenya (ADAK) while another 20 cases are currently under review.

Since 2017, Kenya has been labelled a Category A country which means Kenyan athletes have to undergo at least three tests in the 10 months prior to a major event to be able to compete there.

On Wednesday, November 23, Mr Ababu Namwamba, the Cabinet Secretary for Youth Affairs, Sports and the Arts made an impassioned plea to World Athletics President, Lord Sebastian Coe, not to punish a country of 50 million due to the actions of a few.

He also added that the catching of more dope cheats was an indication of the success of the stringent actions taken against doping in Kenya. In his letter, Mr Namwamba also stated that the government has committed an annual amount of $5 million over the next five years towards the war against doping.

Speaking to the BBC, former world javelin champion, Julius Yego said: “Kenyan athletes are on a road to nowhere” due to the current spate of doping cases.

For the past six years, Athletics Kenya, ADAK and the government have undertaken numerous countrywide initiatives to equip athletes and coaches with skills and knowledge to fight doping.

Despite these efforts, the doping menace has continued unabated with fingers pointing to a cartel of medical practitioners (pharmacists, doctors), sports administrators (coaches, agents, camps) and rogue athletes seeking a shortcut to riches.

There are now calls from different athletics stakeholders to further amend the Anti-Doping Act so that doping substances be classified as hard narcotic drugs whose possession and distribution attract punitive sentences.

Kenya was last in the sporting world’s crosshairs due to doping in 2016. The passing of the anti-doping law and establishment of ADAK, the national anti-doping agency ensured participation in Rio 2016 Olympics, restored confidence in Kenyan athletes and helped met Wada standards.