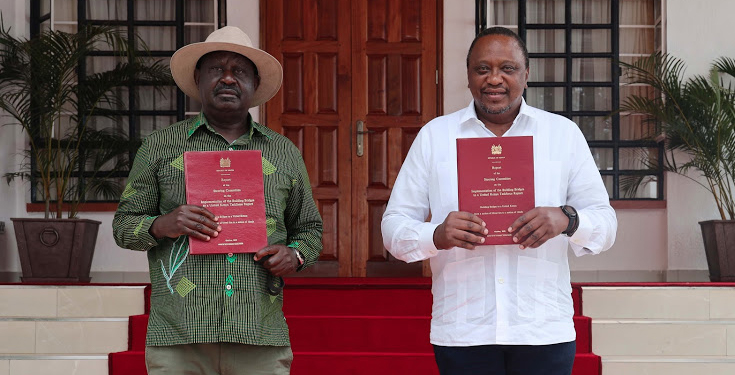 TIFA Research has conducted a survey on Sentiments in the nation regarding BBI. The TIFA survey was designed and the data collected several weeks before the writing/release of the “letter” authored by Murang’a Senator Irungu Kang’ata on various aspects of the BBI Report and referendum process that appeared in the media several days ago.

From the Summary of their findings:

There is generally low knowledge of BBI as 84% are not familiar with its contents and proposals.

This is an indication of the need for public sensitization in order for Kenyans to make an informed choice.

Regardless of the low familiarity, most Kenyans feel that the Referendum should be held before the next general elections.

Preference for a voting format that allows Kenyans to vote on each specific proposal.

Top reasons for voting “NO”

Top reasons for voting “NOT VOTING AT ALL”

Support For Any Constitution Changes Before 2020 Elections

Kenyans are nearly evenly divided over whether there should be any changes to the 2010 Constitution before the next election.

Kenyans aligned to ODM/Raila Odinga and Uhuru’s Jubilee faction are in support of Constitutional change. Whilst those aligned to Ruto’s Jubilee are not in support. Per the Survey of Kenyans:

The impact of the findings is yet to be seen and will be unfolding on media in the coming weeks.