23 September Trade and Financial Services Round Up 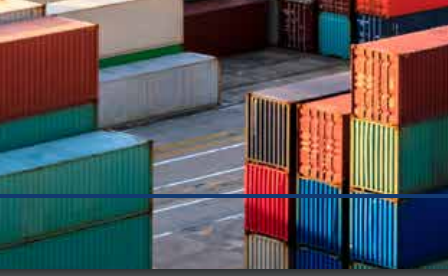 The National Treasury has asked the new Parliament to reintroduce and fast-track a Bill that will unlock Sh39 billion in additional allocations to county governments.

Treasury Cabinet Secretary Ukur Yatani said the delayed approval of the County Governments Additional Allocation Bill, 2022, has affected the transfer of funds from donors and development partners to county governments in the financial year 2022/23.

Out of the Sh39 billion stuck at the Treasury, Sh7 billion is conditional grants from the National Government share while Sh32 billion is donor funds meant for specific projects. A deadlock between the Senate and the National Assembly saw the Bill lapse, denying the county governments billions of shillings meant for projects.

The government has promised to continue working to ensure telecommunications services in the country effectively benefit the users and contribute to development of the nation.

Deputy Minister for Information, Communication and Information Technology Kundo Mathew, made the statement, while representing minister of the docket, Mr Nape Nnauye at a one-day meeting on ‘Education and Awareness for the Users of Telecommunication Service’ held on Wednesday. It was organised by the Tanzania Communications Regulatory Authority-Consumer Consultative Council (TCRA-CCC).

Uganda may never face scarcity of cooking oil, leading to the high price of the commodity, mostly consumed by the low income earners in urban areas, if the government initiative to distribute free oil seeds to farmers bear fruits.

Cooking oil is one of the commodities that has been affected by imported inflation, resulting from the ongoing Russian invasion of Ukraine.

To plug the future shortage of vegetable oil, government has allocated UgShs 9 billion to National Agricultural Advisory Services (NAADS) to boost production of oil crops in the country.

“The Government of Uganda through the NAADS has intervened to increase the production of key oil crops in the country specifically soyabeans and sunflower to mitigate the skyrocketing prices of edible oils, cleaning products, and personal care items on both the local and international markets,” reads a statement issued by NAADS spokesperson, Ms Hadijah Blessing Nakakande.

Rwanda’s exports grow by 37 per cent

Rwanda’s export in value increased by 37.2 percent in the first six months of 2022, mainly driven by strong domestic manufacturing activities and the opening up of borders in line with economic recovery.

This was announced on September 22, during the presentation of Monetary Policy and Financial Stability Statement by the Central Bank that assessed the economic performance of the first half of the year and prospects for the rest of the year.

John Rwangombwa, Central Bank Governor, said the growth is attributed to the increase in manufactured goods exported in the region through World Food Programme to South Sudan, Kenya, and Uganda

Meta collaborated with the Ministry of Labor and Skills and Summer Media to launch Meta Boost, a business programme which provides opportunities for micro, small, and medium business owners to learn about utilizing digital tools for business. The program also helps business owners to get insights on how to create meaningful relationships with customers.

During Meta Boost’s trial period, more than 7,000 small and medium-sized Ethiopian businesses were trained on how to use Facebook, Instagram, and WhatsApp to grow their business.