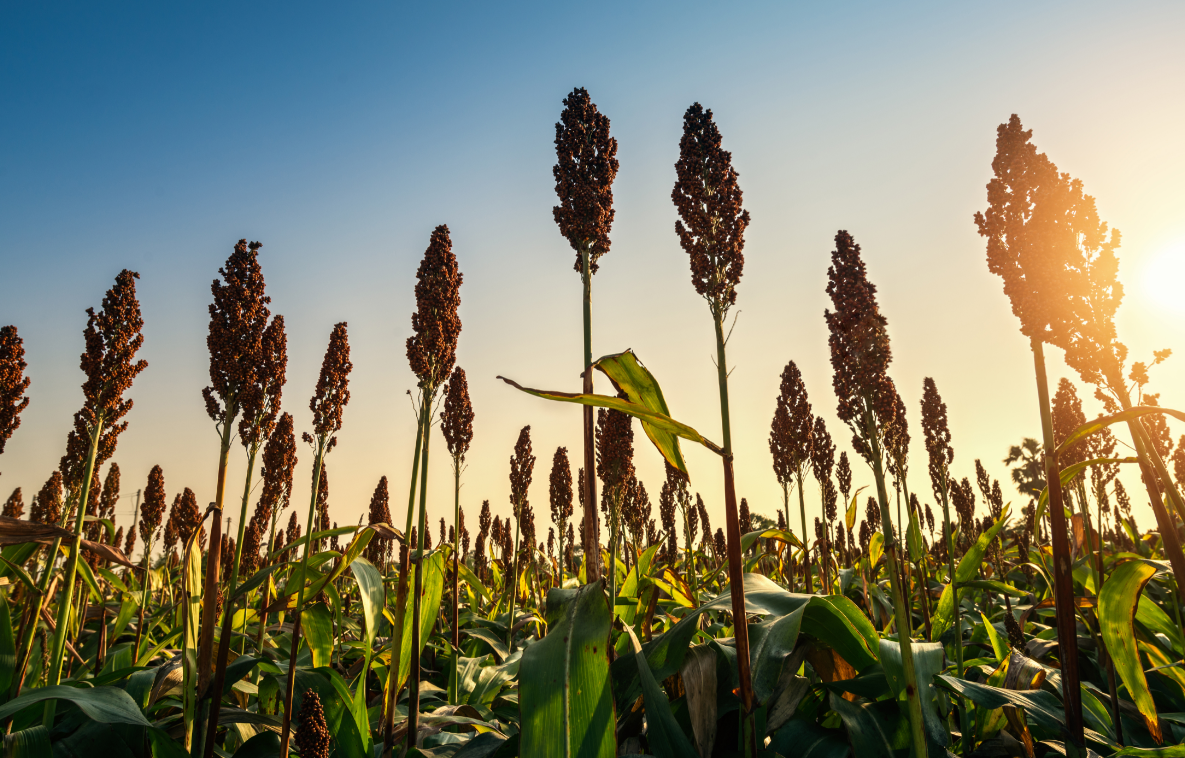 The story of sorghum based beer in Kenya illustrates the importance of government policy for the development of smallholder value chains. This has been evidenced by the changes in tax policy for sorghum based beer which in the recent past has been quite successful owing to tax breaks that made it more competitive in price with illegal brews.

Kenya is estimated to account for only 0.6 percent of Africa’s sorghum production far behind major producers in Africa such as Sudan and Nigeria and where it is malted commercially. Domestic sorghum trade in Kenya has in the past generally been limited due to low production volumes and poor marketing channels as most farmers produced largely for domestic consumption with little surplus to sell. Production was traditionally centred in the drought-prone areas where it is predominately produced. In fact, it has been estimated that only 30 percent of domestic sorghum production was actually marketed.

Between 2005 and 2013, Kenya was a net importer of sorghum except in 2010 when the country exported 49,709 tonnes of sorghum mainly to Somalia and Southern Sudan.

Following extensive research by Kenya’s leading brewery, it was revealed that sorghum (Gadam) could yield higher extract amounts of linter (at 290 linters/kg versus 250 for barley) which was good for the malting and brewing process. Gadam was early-maturing, high yielding, and is highly adapted to stressful drought conditions.

As such through a Public Private Partnership framework, the government agreed to a tax break to promote manufacture of sorghum based beer that was a healthier alternative to locally manufactured illicit brews and would also create a source of livelihoods for sorghum farmers in the country. The result of this was increased number of sorghum farmers especially in arid and semi-arid areas (ASAL) which provided them with not only a source of food but also earned farmers a good return and drew many low income segment Kenyans from the consumption of illegal brews.

However, the excise tax remission granted in 2004 was withdrawn in 2013. The the government re-imposed an excise duty of 50 percent. This resulted in decreased demand for the product. What followed was a disruption of the value chain as demand contracted with consequences down the value chain.

The government gave two reasons for the imposition of excise duty on sorghum beer. One was the rising level of government expenditure. Notably, this was soon after the 2013 general election when the 2010 Constitution was to be implemented which included the establishment of 47 county governments. The ratio of national debt to GDP was 36 percent in 2012/2013 and the ratio of the fiscal deficit to government revenue at the time was −37 percent in 2012/13. Excise duty on sorghum beer was expected to generate an additional Kes 6.2 billion in tax revenue. This was not the case; if anything, the increase in government revenue from the excise duty was far below expectations.

According to a report by the Tegemeo Institute of Agricultural Policy and Development at the Egerton University (Tegemeo) the excise duty imposed led to a decline in sale of sorghum owing decreased production of Keg beer while some retail outlets also closed subsequently leading to job losses. The major single buyer of the sorghum at the same time was forced to cancel and in some instances renegotiate contracts with about 20,000 farmers who had been contracted to supply Gadam sorghum. Termination and renegotiation of these contracts by argument of force majeure led to an estimated loss of Kshs. 6.4 billion that was incurred by farmers, transporters and other players in the value chain. The results this change would suggest that the impact of an increase in taxes is not equivalent to that from a decrease in taxes. An increase in taxes will reflect more greatly than an equivalent decrease. An increase in taxes will also be reflected in lowered demand for sorghum and this is translated into lower market prospects for farmers growing this crop.

The other justification offered for the change in tax policy was that the original objective of discouraging illegal brews was not being met. Whereas indeed the keg beer may have reduced demand for illicit alcohol (chang’aa), but there was no proof of this, since neither the brewer nor the Ministry of Health had commissioned any research to validate this claim.

That said, since then, there has been an ongoing push and pull between stakeholders and the Government over this issue. In general, the government through its various programs and initiatives has stated that it seeks to transform the agriculture sector into commercially oriented and competitive, generating higher income for farmers and improving their livelihoods. The sorghum value chain offers an opportunity to attain these goals, especially in the semi-arid areas where there is low potential for crop production. The sorghum value chain has grown over time to support over 85,000 enterprises, including farmers, retailers, distributors, agents, and researchers. According to a report by Tegemeo, in 2019, some 42,000 farmers delivered produce to EABL, receiving Ksh 1.2 billion. In the same year, the value added by distributors was Ksh 1 billion, while retailers added Ksh 4.5 billion. In addition, the government received Ksh 9.8 billion as tax revenue in the same year. This demonstrates the rising importance of the sorghum value chain to the sector and the country’s economy.

Unfortunately, these numbers dropped significantly in 2020 owing to the Covid-19 pandemic which brought about significant socio-economic shocks in addition to the health shocks. As a result of the pandemic and tough economic environment, EABL cut back on sorghum orders by 83% in 2020. This resulted in a 41% decline in the amount of money paid to farmers compared to 2019. Furthermore, retailers, distributors, and agents’ estimated losses were about 85% of the pre-pandemic levels.

In addition to the shocks suffered across the value chain, the Government of Kenya reduced the remission of excise duty on sorghum beer by 5% in October 2020 and is expected to continue reducing the remission in the forthcoming years. The new rates are likely to result in increases in consumer prices. In turn, processors are likely to cut down on production in reaction to the reduced consumer demand. The reduction in processing capacity will then result in a reduction in the demand for the raw material. Reduced demand will not only lower sorghum prices but increase costs for farmers who may be forced to invest in storage and post-harvest handling of unsold produce. It is in fact projected that if excise tax is increased by 5% in the next three years, revenue to farmers is project to reduce by 6% next year, 11% in 2022/2023 and 16% in 2023/2024 financial years. These declines would lead to loss of livelihood for these household who depend on sorghum production.

At a time when everyone is seeking to recover from the shocks of Covid 19 in general, any adverse changes in tax policy would not be prudent owing to the likely exacerbation of the current situation. If anything, given that it took three (3) years for the value chain to recover from the 2013/2014 tax changes, it would be more prudent to retain the current policy for at least another five (5) years to allow the sector to recover from the Covid shocks and level out demand and production.