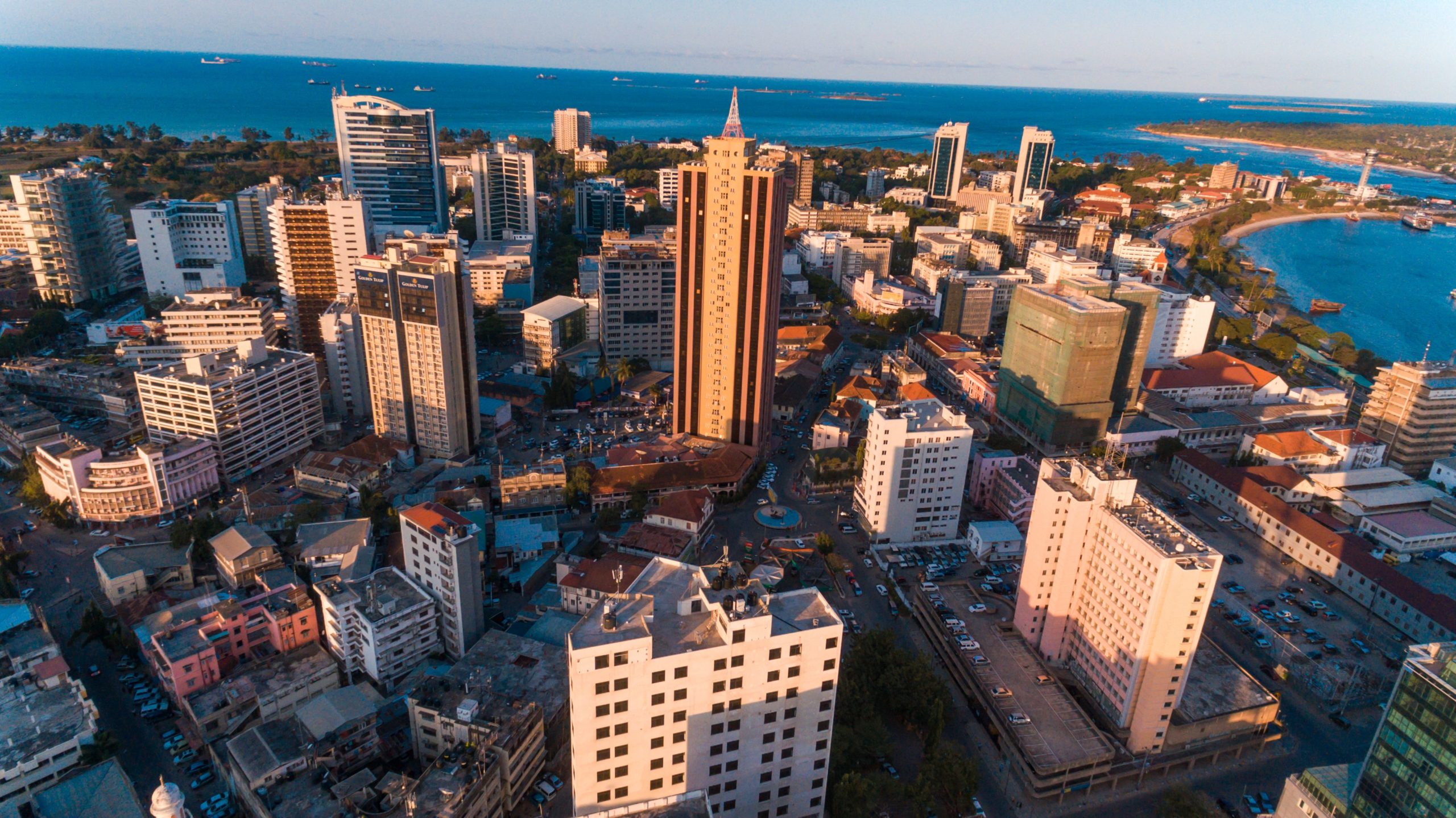 KCB Bank has been recognized as the best bank in Kenya by the respected Global Finance Magazine during their 28th annual awards for the World’s Best Banks.  KCB Bank has won this award, for the third year in a row.

This recognition was awarded to the bank for its robust market presence in the East African region, and its digital innovation to drive financial inclusion especially during a pandemic.

KCB Group CEO and MD Joshua Oigara said they are delighted to receive the award for the third year in a row.

The Nairobi Securities Exchange (NSE) listed firm, Sanlam Kenya PLC, a leading non-bank financial services firm in Kenya has posted a Kshs 43 million pretax profit in its just-released full-year 2020 trading results, a 92% decline against the Kshs 550 million in2019 primarily attributed to the Covid-19 pandemic impact on the local and international economies.

Regional banking group Diamond Trust Bank (DTB) total assets crossed the Sh400 billion threshold for the first time, rising by 10% to Shs 425 billion at the end of 2020, with customer deposits growing from Shs 280 billion to Shs 298 billion over the year.

Commenting on the results, Nasim Devji, DTB’s Managing Director and Group Chief Executive Officer said: “The year 2020 will go down in history as one of the most difficult ones faced by businesses around the world. Thankfully, DTB’s underlying resilience, solid brand equity, established market presence in East Africa and loyal customer base built over the last 75 years, have enabled us to absorb the shocks brought about by the pandemic.”

As a reflection of the Group’s inherent resilience, DTB maintained a healthy liquidity ratio of 56 percent at the end of 2020 and remains one of the most well-capitalised banks in Kenya, with its core capital sitting at Shs 48 billion.

Foreign currency deposits held in Kenyan banks rose by a further Sh15 billion in January to hit a new all-time high of Sh756 billion, continuing a trend that has been caused partly by hedging of risk and the depreciation of the shilling against the dollar.

The data from the Central Bank of Kenya (CBK) shows that the deposits went up in each of the previous four months until January, with the biggest jump recorded between November and December at Sh27 billion.

Analysts opined that the rise in hard currency deposits has been caused partly by the need of wealthy Kenyans to hedge against economic risk by holding onto the dollar, which is seen as a safe haven currency.

Kenyans will from June start experiencing faster Internet speeds as the government completes plans to increase capacity by up to tenfold.

ICT Principal Secretary Jerome Ochieng’, during a visit at the Telkom Kenya offices in Mombasa, said due to the increased Internet usage in the country, the ministry is expanding the bandwidth for increased efficiency.

According to data from the Kenya National Bureau of Statistics (KNBS), the total available bandwidth capacity in 2019 was 6.2 million Mbps, a twofold increase from two million in 2016.

The firm last year completed testing and trials for the upgraded network as the company seeks to capitalise on burgeoning mobile Internet use in the country.

The leading telco on Thursday revealed the Friday launch of the 5G technology that would be supplied by Nokia Corporation and Huawei—which has been the subject of increased scrutiny in the Western world over the introduction of the high speed networks.

The 5G service is a central part of its attempts to further expand its data business to counter slower growth in voice calls revenue.

The service will be available in Nairobi and greater western Kenya including Kisumu, Kisii and Bungoma, which routinely witness increased data traffic.

“Safaricom will be the first operator in East Africa to launch 5G services and will be showcasing the capabilities of the network with the aid of Huawei and Nokia’s technologies,” Safaricom said in an invite to the press.

Safaricom subscribers who want to use the service will need to acquire new handsets that are compatible with 5G before they can enjoy the superfast Internet, which offers much faster data download and upload speeds that ultimately ease network congestion.

The 5G launch will follow the December 2015 unveiling of the 4G network, which has helped Safaricom grow its revenues from data to Shs. 49.6 billion last year from Sh17.9 billion in 2015.

Kenya’s exports to key markets in Africa rose to an eight-year high in 2020, provisional international trade data show, defying delays at border points caused by efforts to stem the spread of the global coronavirus pandemic.

Data collated by the Central Bank of Kenya (CBK) indicate value of goods that were sold to other countries on the continent amounted to Sh243.68 billion, a 9.07 percent growth over the previous year.

The growth in value of trade between Kenya and Africa to the highest level since 2012 (Sh247.60 billion) was largely driven by demand in smaller exports destinations on the continent.

Nairobi is championing a plan to remove trade barriers among African countries to grow movement of goods, services and labour through the African Continental Free Trade Area (AfCFTA) which aims to create a market of at least 1.2 billion.

Parliament has opened an inquiry into the pricing model of petroleum products by the energy regulator following public uproar over the steep rise in the cost of petrol.

A joint committee of the National Assembly has been directed to commence a probe into the activities of the Energy and Petroleum Regulatory Authority (EPRA) in setting the monthly fuel prices. The committee has 30 days to report back to the House.

Speaker Justin Muturi directed the committees on Energy and that of Delegated Legislation to jointly deal with a statement sought by Mvita MP Abdulswamad Nassir who asked Parliament to intervene and reverse the skyrocketing prices of petroleum products.

Petrol is currently retailing at a level last seen in November 2011 while diesel is selling at the highest level since December 2018.

Interest has dropped to an industry average of 17.4 per cent, according to the Ministry of Finance.

The Ministry of Finance noted that lending rates for shilling denominated loans edged downwards to an average of 17.5 per cent in December from 19.6 per cent in November 2020.

The 2.1 percentage drop was achieved due in part, the Ministry of Finance, the Central’s Bank’s desire to maintain price stability over the short and the medium term.

In February 2021, Bank of Uganda maintained the Central Bank Rate (CBR) at 7 per cent, noting inflationary pressures were projected to remain subdued in coming months.

Umeme, Dfcu expect profits to drop due to Covid-19 disruptions

Listed companies including Umeme and dfcu Bank have cautioned shareholders and the public to exercise caution as they deal in the two companies’ stocks due to an expected drop in profits.

In statements issued through the Uganda Securities Exchange, power distributor, Umeme said it expects its net profit to decline by more than 60 per cent.  “Based on the assessment of the company’s performance for the year ending December 31, 2020, it is expected that the company’s net profit will decline by more than 60 per cent compared to the year ended December 31, 2019,” the notice read in part.

The Microfinance Support Centre, had by June 2020, failed to account for Shs3.4b, a year and half after the money had been disbursed to different persons to promote government programmes, according to the Auditor General.

The money, which is highlighted in the Auditor General’s report for the period ended June 2020, was advanced to individuals outside Microfinance Support Centre to mobilise, especially for programmes related to Saving Credit and Cooperative Organisations (Saccos).

TPDC: Oil pipeline agreement still on despite demise of Magufuli

Tanzania Petroleum Development Corporation (TPDC) said signing of the crude oil pipeline project is still on course after the burial of the late president John Magufuli.

According to Uganda president Yoweri Museveni, Tanzania, Uganda and the pipeline implementer Total were to sign a tripartite agreement on Monday March 22, 2021 in Entebbe but it was postponed following the death of Magufuli last Wednesday.

He said that everything was set for the former Ms Samia Suluhu Hassan, who is now the President to go to Uganda and conclude the deal on behalf of the late President Magufuli.

According to the Central Bank’s Monetary Policy Statement for the period ending February this year this is translated to a marginal annual depreciation of 0.4 per cent, compared with 0.6 per cent in the corresponding period of 2019. During the reference period, the real exchange rate also remained stable, safeguarding the export competitiveness.

The group has also partnered with Saint Parts Company LTD to provide a free repair service for cars purchased from the SBI Motor website.

This new service, according to the statement availed to The Citizen today March 24, 2021 aims at providing support for customers who are now required to inspect their vehicles locally.

The new development comes as a result of the recent change in import rules which requires imported used cars to be inspected on arrival.

Rwanda is in the process of mobilising funds and designing the second phase of the Economic Recovery Fund.

Sources with insights on the matter say that the second phase of the fund could increase the fund to about Rwf350 billion.

Richard Tusabe, the Minister of State in charge of the National Treasury in the Ministry of Finance and Economic Planning, said that efforts are underway to prepare rollout mechanisms of the fund to ensure impact and relevance to beneficiaries as well as timely disbursement.

Senate has expressed concern that few Rwandans invest in capital market, calling for strategies to increase the uptake in this financial product.

They said that this is one of the challenges that hinder the development of the country’s economy especially the financial sector.

Senators made the recommendation on Wednesday, March 24, 2021 as they adopted the assessment by the Committee on Economic Development and Finance of the 2019/2020 annual report of the National Bank of Rwanda.