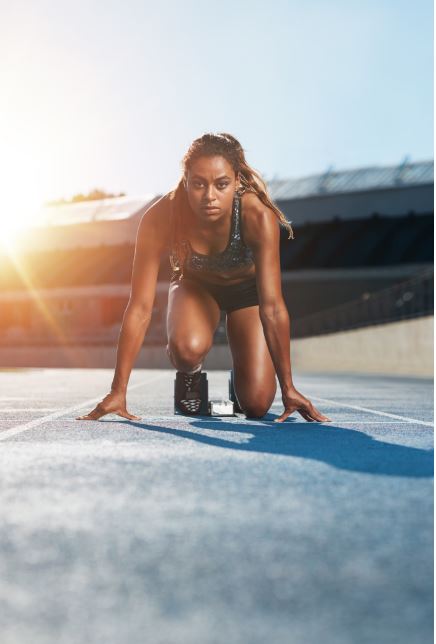 This article looks at the historical, political and legal effects of sexual identity and sexism in the development of women’s sport. This feature is in part informed by the consistent forms of discrimination meted out against women and the impact that it has had over the years.

How and When did women start participating in Sport?

The earliest record of women playing sport is illustrated on Egyptian temple walls from the Eleventh Dynasty circa 2130 BC showing women exercising and playing ball games. The ancient Olympics in Greece were reserved for men and women were barred from participation not only because male athleticism was perceived to be superior but also because athletes performed while naked. In protest, a group of women from the city of Elis set up their own games, which were held every four years.

History seemed to repeat itself at the 1st modern Olympics held in Athens in 1896 and shortly thereafter. The International Olympic Committee led by Pierre de Coubertin scheduled sports events strictly for men. But this didn’t stop women from trying to get a piece of the action. A Greek woman named Stamati Revithi, was denied entry to the Olympic Games to run the marathon, and so she ran by herself the following day and completed the lap outside the stadium. Shortly after that incident the original IOC members actively excluded women from participating in the Olympics.

In 1921, a French woman Alice Milliat created the International Women’s Sport Federation and organised the first Women’s World Games which took place in Monaco. Five nations took part in these break-away games; Great Britain, France, Italy, Norway and Switzerland. The goal was to rival the Olympic Games and to make the IOC give women equal opportunities as men to participate in sports. Through her efforts, and pressure from national federations women were finally allowed to compete in track and field at the 1928 Olympics.

Following suit, national federations slowly began allowing women to participate in sport, including tennis, golf, archery, gymnastics, skating and swimming. In the 1970s Kenya was counted amongst some African countries which lifted a formal ban on married women competing. Nearly a century after the 1st modern Olympic Games, the IOC admitted the first two women into their governance in 1981, and women were finally allowed to compete in an Olympic marathon race, at the Los Angeles Games in 1984. But it wasn’t until 2012 that the Olympics included women’s boxing at the London Games, and it wasn’t until 2019 that Iran lifted its ban on women attending football matches in stadiums.

Although sport principally promotes equality of men and women, it was felt necessary to create separate and distinct classifications for men and women’s sport and limit competitive events to a single sex.

Eligibility to participate in men’s or women’s sport is dependent on cis-gender norms i.e.  people whose gender identity matches their sex assigned at birth: either male or female. Sex and gender are not always used inter-changeably. Sex refers to the biological and physiological characteristics that define men and women, while gender and gender identity refers to the socially and individually perceived sexual identity of an individual from birth to puberty and adulthood.

Gender verification in sports is the issue of testing in order to verify the eligibility of an athlete to compete in a sporting event that is limited to a single sex. The IOC had a long-standing practice of obligatory sex testing/gender testing – to verify if women were women. This required women to undergo intrusive practices/ tests to determine if they were eligible to compete as women.

In the 1936 Berlin Olympics, a German athlete by the name Dora Ratjen competed in the women’s high jump finishing fourth, but was later determined to be male and/or intersex. Ratjen was eventually outed as a man, Heinrich “Heinz” Ratjen, who claimed that he was forced by the Nazis to disguise himself as a woman while competing in athletics events in order to help win more medals for Germany. But more recent evidence suggests that Ratjen had hermaphroditic sexual characteristics and had mixed gender from birth although his parents raised him as a girl. Other Olympians from the Berlin Games such as the British shot putter and javelin thrower Mary Louise Edith Weston and the Czechoslovakian runner Zdeňka Koubková who had each been born with dual biological sex traits suffered a similar fate.

In 1946 the International Amateur Athletics Federation (IAAF) introduced the first rule requiring female athletes to have a medical document certifying their female sex and two years later the IOC followed suit. Each nation would have a panel of its own physicians conduct a “visual inspection” of the female athletes’ genitalia. These “nude parades” were not standardized, and each nation could define the femininity of its athletes as it saw fit.

Athletes continued to lose their careers due to this sex test. Foekje Dillema, a Dutch track athlete won four gold medals during the 1948 London Olympics but she was expelled for life in 1950 by the Royal Dutch Athletics Federation after failing a “sex test”. Tamara and Irina Press who were Soviet athletes competed at the 1960 and 1964 Olympics but ended their careers abruptly when gender verification was introduced at the 1968 Mexico City Olympics. Some report allege that the Press sisters were male or intersex while others allege that they were being injected with male hormones by the Soviet government in order to enhance their performance. Erika Schinegger was a former Austrian ski racer and became world champion in downhill skiing in 1966. Due to pseudo-hermaphroditism she was classified as a girl at birth but after a gender verification test she ended her career, had an operation and began life as a trans-man named Erik.

Sex verification in 1950 was based solely on physical examination, predating hormone assays or sex chromosome analysis which was developed in the 1960s. Laboratory-based genetic testing developed in the 1970s and 1980s, but these tests did not encompass the complexities of disorders of sex development (DSDs). Gender testing was discontinued after the 1996 games in Atlanta but since the 2000 Sydney Olympics, sex and gender is evaluated on a case-by-case basis by a team of specialists in the areas of endocrinology, genetics, gynecology and psychology.

More recently, Caster Semenya’s case has stirred debates on the subject of female athletes with DSD.

Several female athletes have been subjected to unfair rules and regulations through sex testing. Before Caster Semenya came into the spotlight, there was Dutee Chand – an Indian athlete, was accused of cheating and doping in her competitions because her body naturally produced high levels of testosterone (more than usual for the average female body). As a result, she was deemed ineligible to compete in the women’s races.

In 2014/2015 Chand challenged and appealed the IAAF guidelines that deemed her ineligible to race in the Court of Arbitration for Sports (CAS). The case was a success for Chand as the IAAF had to prove that high levels of testosterone in women enhanced their performance ability.

Although Chand caught a break in her career, Caster Semenya was not as lucky.

Caster Semenya, is a South African athlete, who identifies as a cisgender female (a person whose sense of personal identity and gender corresponds with their birth sex), but has had to verify her sex (on an international scale).   In 2009 the IAAF required and requested the Athletics South Africa (ASA) to subject Semenya to a sex verification test allegedly under false pretence. The ASA made Semenya believe that the tests were routine – not a sex verification test. As a result of this incident, Semenya found herself having to keep a low profile during the duration of her career – until 2015.

In September 2020 Semenya lost her appeal to overturn the 2019 CAS decision; meaning Semenya will, by a court of law, be required to take medication to lower her naturally higher testosterone levels.  Nevertheless, Semenya remains adamant in striving to “fight for Human Rights” and her right to compete without taking medications of any kind.

The IAAF/World Athletics argues that female athletes with high testosterone levels do have an unfair advantage and that they are required to either compete in the male categories, forfeit competing entirely or take medication to reduce their natural testosterone levels. It is essential to acknowledge that female athletes with high testosterone do perform at least 3% better in comparison to female athletes with lower testosterone. However, a study by the IAAF and the World Anti-Doping Agency acknowledges that the advantage is only “significant” and only in specific competitions races from 800m to 1 mile. This rule affects not only Semenya, but all other athletes who are seemingly muscular or dominant within these competitive female events. Burundian, Francine Niyonsaba, and Kenyan Margaret Wambui who all shared the podium positions with Caster Semenya have fallen into the same fate as her.

The stark differences between the judgements made in Chand’s case versus Semenya’s draw a big question mark; does Caster Semenya have a natural advantage or an unfair advantage?

Another key question that needs to be answered is whether or not sex verification tests are a violation of human rights or simply a mechanism to ensure equality? And if it is the latter, are there alternatives that would accommodate persons such as Mary Wambui and Caster Semenya so as to afford them the right to compete without necessarily indignifying their pursuit to participate in sports.

An interesting take would be to expand the conversation and bring into scope the arguments by some scientists that pregnancy gives professional athletes an unfair advantage while competing. It is said that pregnancy increases cardiac output and blood volume circulation. As such, according to a study by the Michigan State University’s Human Energy Research laboratory, this could improve the body’s ability to carry oxygen to muscles by up to 30 per cent. However, this seemingly “unfair advantage” that pregnancy would occasion does not apply across the field. For this to be determined, tests would be required to determine the levels of progesterone and oestrogen as well as testosterone, which could increase muscle strength.

Question is, where do we draw the line?

Sarah Ochwada is a Retired Runway Model turned Archer, Advocate, Arbitrator and Lecturer. She is a pioneering Kenyan Entertainment Lawyer and is the 1st black African woman to hold a Masters Degree in International Sports Law. She is an Adjunct Lecturer at Strathmore University Law School based in Nairobi, Kenya where she has taught undergraduate and executive courses in Sports & Entertainment Law, Media Law, Consumer Protection Law, and Fashion & Beauty Law. She is also a visiting lecturer at ISDE Law and Business school where she has taught International Sports Law at their Madrid Campus, Spain and at Wolfson College, Cambridge, UK. Sarah is the CEO for Centre for Sports Law a non-profit providing pro-bono legal services for sports sector, and she runs her own private practice – SNOLEGAL Sports & Entertainment Law- which is a cyber-legal firm focusing on emerging and cutting edge areas of law.

Jaaziyah Satar holds an LLB from Strathmore Law School in Nairobi Kenya. Jaaziyah is a writer, poet, overall artist and content creator. Jaaziyah is passionate about gender equity, the LGBTQ community and mental health advocacy. A self-proclaimed activist and Marxist feminist, Jaaziyah is attempting to use her law degree and knowledge to spread awareness on social, economic and political inequalities that exist in the societies they encompass. Having interned at the Centre For Intellectual Property and Information Technology (CIPIT) for five years, Jaaziyah discovered her passion for research and writing. Now a law resident at SnoLegal Jaaziyah hopes that they can create more awareness on social, economic and political inequalities that female athletes face.