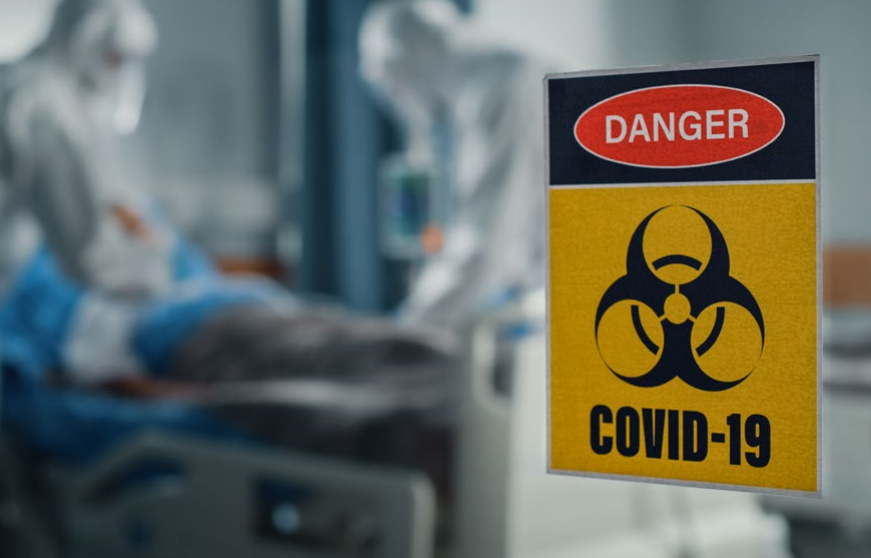 WHO and UNICEF sound the alarm as new data shows global vaccination coverage continued to decline in 2021, with 25 million infants missing out on lifesaving vaccines

The largest sustained decline in childhood vaccinations in approximately 30 years has been recorded in official data published today by WHO and UNICEF.

The percentage of children who received three doses of the vaccine against diphtheria, tetanus and pertussis (DTP3) – a marker for immunisation coverage within and across countries – fell 5 percentage points between 2019 and 2021 to 81 percent.

As a result, 25 million children missed out on one or more doses of DTP through routine immunisation services in 2021 alone. This is two million more than those who missed out in 2020 and six million more than in 2019, highlighting the growing number of children at risk from devastating but preventable diseases. The decline was due to many factors including an increased number of children living in conflict and fragile settings where immunisation access is often challenging, increased misinformation and COVID-19 related issues such as service and supply chain disruptions, resource diversion to response efforts, and containment measures that limited immunisation service access and availability.

“This is a red alert for child health. We are witnessing the largest sustained drop in childhood immunisation in a generation. The consequences will be measured in lives,” said Catherine Russell, UNICEF Executive Director. “While a pandemic hangover was expected last year as a result of COVID-19 disruptions and lockdowns, what we are seeing now is a continued decline. COVID-19 is not an excuse. We need immunisation catch-ups for the missing millions or we will inevitably witness more outbreaks, more sick children and greater pressure on already strained health systems.”

Eighteen million of the 25 million children did not receive a single dose of DTP during the year, the vast majority of whom live in low and middle-income countries, with India, Nigeria, Indonesia, Ethiopia and the Philippines recording the highest numbers. Among countries [1] with the largest relative increases in the number of children who did not receive a single vaccine between 2019 and 2021 are Myanmar and Mozambique.

Globally, over a quarter of the coverage of HPV vaccines that was achieved in 2019 has been lost. This has grave consequences for the health of women and girls, as global coverage of the first dose of human papillomavirus (HPV) vaccine is only 15%, despite the first vaccines being licensed over 15 years ago.

It was hoped that 2021 would be a year of recovery during which strained immunisation programmes would rebuild and the cohort of children missed in 2020 would be caught-up. Instead, DTP3 coverage was set back to its lowest level since 2008 which, along with declines in coverage for other basic vaccines, pushed the world off-track to meet global goals, including the immunisation indicator for the Sustainable Development Goals.

This historic backsliding in rates of immunisation is happening against a backdrop of rapidly rising rates of severe acute malnutrition. A malnourished child already has weakened immunity and missed vaccinations can mean common childhood illnesses quickly become lethal to them. The convergence of a hunger crisis with a growing immunisation gap threatens to create the conditions for a child survival crisis.

“Planning and tackling COVID-19 should also go hand-in-hand with vaccinating for killer diseases like measles, pneumonia and diarrhoea,” said Dr Tedros Adhanom Ghebreyesus, WHO Director-General. “It’s not a question of either/or, it’s possible to do both”.

Some countries notably held off declines. Uganda maintained high levels of coverage in routine immunisation programmes, whilst rolling out a targeted COVID-19 vaccination programme to protect priority populations, including health workers. Similarly, Pakistan returned to pre-pandemic levels of coverage thanks to high-level government commitment and significant catch-up immunisation efforts. To achieve this in the midst of a pandemic, when healthcare systems and health workers were under significant strain, should be applauded.

Monumental efforts will be required to reach universal levels of coverage and to prevent outbreaks. Inadequate coverage levels have already resulted in avoidable outbreaks of measles and polio in the past 12 months, underscoring the vital role of immunisation in keeping children, adolescents, adults, and societies healthy.

First dose measles coverage dropped to 81 per cent in 2021, also the lowest level since 2008. This meant 24.7 million children missed their first measles dose in 2021, 5.3 million more than in 2019. A further 14.7 million did not receive their needed second dose. Similarly, compared to 2019, 6.7 million more children missed the third dose of polio vaccine and 3.5 million missed the first dose of the HPV vaccine- which protects girls against cervical cancer later in life.

The sharp two-year decline follows almost a decade of stalled progress, underscoring the need to not only address pandemic-related disruptions but also systemic immunisation challenges to ensure every child and adolescent is reached.

WHO and UNICEF are working with Gavi, the Vaccine Alliance and other partners to deliver the global Immunisation Agenda 2030 (IA2030), a strategy for all countries and relevant global partners to achieve set goals on preventing diseases through immunization and delivering vaccines to everyone, everywhere, at every age.

“It’s heart-breaking to see more children losing out on protection from preventable diseases for a second year in a row. The priority of the Alliance must be to help countries to maintain, restore and strengthen routine immunisation alongside executing ambitious COVID-19 vaccination plans, not just through vaccines but also tailored structural support for the health systems that will administer them,” said Dr Seth Berkley, CEO of Gavi, the Vaccine Alliance.

The IA2030 partners call on governments and relevant actors to: