Global Innovation Index – The Innovation and Startup Strategy- Poised for Doom or Fail? 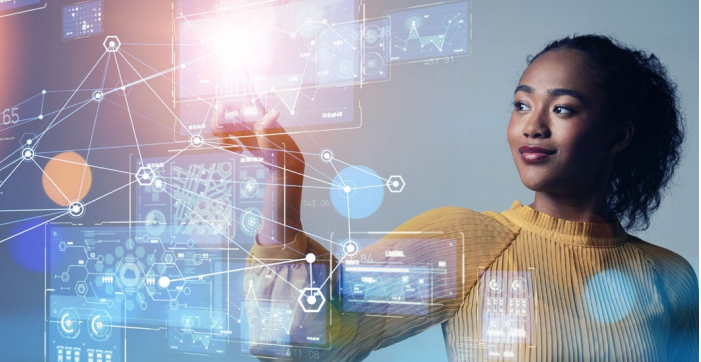 On October 17, 2022, Mr Kabui Mwangi, an author wrote an article in the Business Daily titled, “Why six Kenyan promising tech start-ups fell in quick succession”. Of the companies he reviewed, it is apparent that start-ups don’t just fail, there could be a great foundational element to the success or failure of any tech start-up. Indeed Mr Gadhia, the CEO of Anza Now, observed that most start-ups and entrepreneurs are emotional and over-optimistic about their business ideas. He remarks that the startups start these ideas without planning and they are disillusioned by the success of Silicon Valley.

From the review of statements and pronouncements made as these companies fold up, one would feel the anguish in the directors, what seemed to be an opening to a promising future now facing the axe so soon. This notwithstanding, Financial Times ranking for the fastest growing companies in the year 2022 released in March, showed Kenya as the third most represented country in the ranking with nine companies behind South Africa with 24 and Nigeria with 20. According to the ranking, technology and fintech support service business have had to adapt to a radically altered environment to stay afloat in the corporate landscape.

On the Global front, The World Intellectual Property Innovation Organization (WIPO) releases yearly editions of the Global Innovation Index (GII). This year’s GII edition examined the most recent trends in global innovation against a backdrop of the ongoing Covid-19 pandemic, sluggish productivity growth, and other shifting problems. It identified the nations with the most inventive economy while outlining the strengths and shortcomings of innovation in 132 countries.

In a snapshot, Switzerland has for the 12th year in a row, ranked as the country with the most creative economy in the world in 2022, followed by the US, Sweden, the UK, and the Netherlands. According to the GII 2022, China closed in on the top 10, while India and Turkey both made their debut appearances in the top 40. Notably, China surpassed France to move up to position 11, where it now firmly holds the position of being the only middle-income economy among the GII.

The top 100 scientific and technology (S&T) clusters are concentrated in three continents – North America, Europe, and Asia – and two nations in particular – China and the United States – in 2022 as they have been in previous years. China now has the same number of the top 100 S&T clusters as the US for the first time. Following with 10 clusters is Germany.

According to GII, the innovation pessimists said that the true productivity-improving technologies are simply too hard to come by today, unlike some of the major discoveries of prior ages like electricity. It could also be that it is the proponents of innovation who foresee a new period of economic and social development marked by a tremendous new innovation boom that fosters a rise in productivity?

1. A deep Science innovation wave is transforming four areas of critical importance to society: health, food, environment, and mobility. This wave is based on advances in biotechnologies, nanotechnologies, novel materials, and other disciplines.

2. An impending wave of innovation in the Digital Age based on supercomputing, AI, and automation that is about to have a significant impact on productivity across all industries, including services, and aid in basic science breakthroughs across all subjects.

Governments must solve the critical issues and effectively deploy the Digital Age and Deep Science innovation waves if they are to have a significant impact on our well-being.

The GII further looks at how quickly technologies are being developed and adopted, and the impact thereof. It tracked significant patterns in innovation across four main stages of the innovation journey: investments in science and innovation, technological advancement, acceptance of new technologies, and the socioeconomic effects of innovation.

Investments in science and innovation were booming in 2021 after the Covid-19 pandemic, but it is questionable whether they would remain resilient in 2022 due to new problems. The report indicated that the Global output and investments in research and development (R&D) normally tend to experience booms and busts simultaneously.

Scientific publications, R&D expenditures, foreign patent filings, and venture capital deals—all major indices of global science and innovation investments—remained strong in 2020 and 2021. Particularly, venture capital grew albeit to varying degrees depending on the nation and industry.

Throughout the peak of the pandemic in 2021, the number of scholarly articles published worldwide grew rapidly, hitting 2 million for the first time in 2021, marking an annual growth rate of 8.3 percent. This growth rate was noticeably higher than its long-term trend of growth of 5.7%, demonstrating the utmost vitality of scientific research.

A significant slowdown from long-term trends, and even a fall in the case of drug approvals, was evident in the indicators of technological advancement in the sectors of semiconductor speeds, electric battery prices, the cost of renewable energy, and medicine approvals.

Indicators from the Global Innovation Tracker showed that technological progress was currently slowing down, sometimes from high beginning levels, and that the spikes in research and innovation spending are urgently needed to resuscitate it.

Positive growth rates across all technologies tracked by the Global Innovation Tracker, particularly for electric cars, indicate that technology adoption is progressing. With the exception of mobile broadband, which touches the great majority of the world’s population, penetration rates are still medium to low.

The socioeconomic impact of innovation appeared to be at a low point with labor productivity and life expectancy experiencing a significant slowdown if not coming to a standstill and, in the case of carbon emissions, failing to show ongoing reductions in pollution. This was largely due to the short-term effects of the COVID-19 pandemic.

On Life expectancy, long-term trends have led to a significant increase in life expectancy, which would reach 72.7 years in 2020 from 52.6 years in 1960. Effective treatments for a variety of disorders have been made possible by scientific advancements.

Further, it was the idea that 2019 could have been a tipping point in global fossil-fuel emissions. However, the same is called into doubt by estimates that CO2 emissions had increased by 4.9% again in 2021. The increase in CO2 emissions appeared to be more moderate when comparing the first five months of 2022 to those of 2021, with a 1.1 percent growth, although figures are subject to changes and should thus be closely monitored.

i.                Despite the shock of the pandemic, Innovation investments thrived at the height of the COVID-19 pandemic and boomed in 2021, but their continued resilience is uncertain for 2022, as the world meets new challenges. It was expected that due to the global economic recession, there would have been a prompt cutback in research and development, intellectual property filings and venture capital in 2020 and 2021 but the opposite happened.

In conclusion, The GII’s Global Innovation Tracker provides a data-driven perspective on the latest innovation trends. It offers the following insights:

i.                Overall, investments in science and innovation have been remarkably resilient in the face of the economic downturn.

iii.             Technological progress at the frontier and technology adoption hold substantial promise. However, the data also show that, certain advances and top performances aside (such as mobile broadband penetration), some progress is faltering – for example, Moore’s law no longer holding true and penetration rates remaining relatively low.

iv.             The socioeconomic impact of innovation is currently, judging by the metrics employed here, at a historic low, also, in part, reflecting the influence of the COVID-19 pandemic. It will be important to follow how its impact will evolve as the world transitions out of this crisis.

Going forward, it will be prudent to keep an eye of the changing regimes in the tech world as giant tech companies such as Microsoft, Amazon and Google entering into the African Space and setting up shop, offering above the cut fat salaries and attractive employment terms. Perhaps due to their expanse in tech advancement and capital, their resilience will sail them above the tide. It also serves as a wake-up call to upcoming tech start-ups. Buidling from the ground up, with scalable progress might in the end assist the tech start-ups to maintain their business model amidst the uncertain global times.