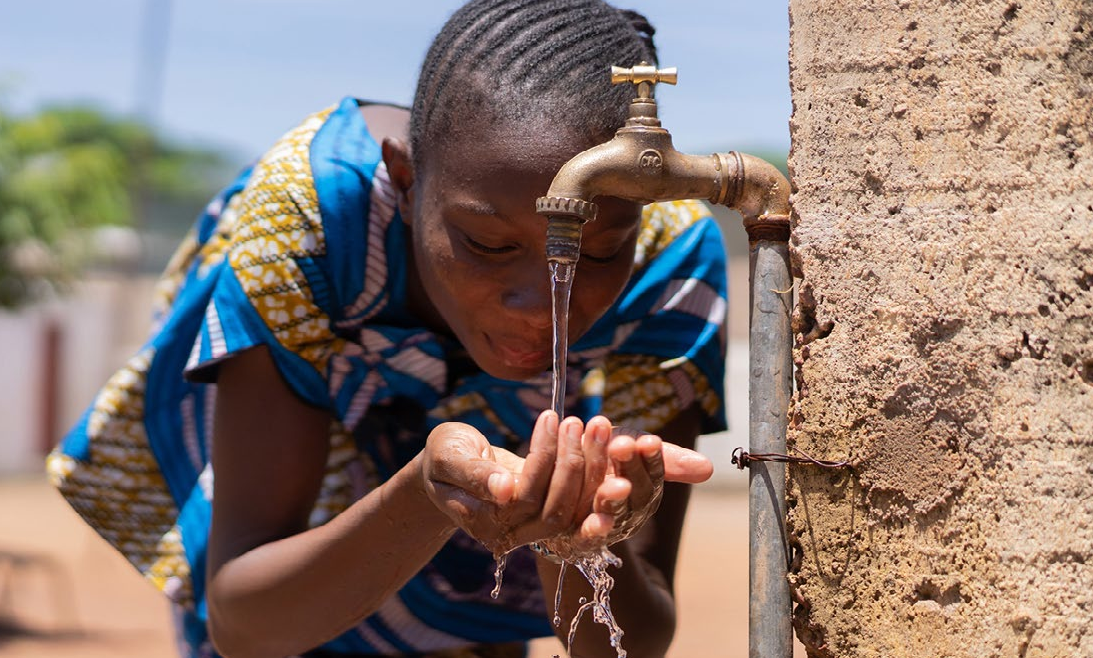 WHO Director-General, Dr Tedros Adhanom Ghebreyesus, today extended his congratulations to the Republic of Togo, as it was confirmed that the West African country had become the first country to eliminate four devastating neglected tropical diseases.

The ceremony took place during the 72nd Session of the World Health Organization Regional Committee for Africa, in Lomé, and was attended by Togo’s President Faure Gnassingbé.

In congratulating Togo, Dr Tedros noted that dracunculiasis, lymphatic filariasis, human African trypanosomiasis and trachoma had long been a terrible burden for the Togolese population and that their elimination constituted “a gift not only for the people of Togo today, but for generations to come”.

The elimination of human African trypanosomiasis, in 2020, coincided with the height of the COVID-19 pandemic, making Togo’s elimination of the deadly disease, also referred to as sleeping sickness, even more noteworthy.

Dracunculiasis, also known as Guinea worm disease, is a parasitic infection transmitted via contaminated drinking water. It causes disability for the three-to-ten-week period of illness and can also lead to death.

Lymphatic filariasis is also caused by parasitic worms and often leads to elephantiasis. This causes swelling in the arms, legs, breasts, or genitals and, as well as being painful, may also lead to disfigurement and extreme social and economic stigma.

Human African trypanosomiasis has two principal forms, the gambiense and the rhodesiense, and is generally transmitted through contact with infected tsetse flies. If the infection is not treated promptly, it too is deadly.

Trachoma is a bacterial disease that particularly affects those with inadequate access to of water, sanitation and hygiene. It causes severe eye pain and often leads to blindness.

All four of the diseases eliminated by the Republic of Togo are diseases of extreme poverty and affect populations already blighted by severe economic hardship. They are one of a group of some twenty diseases commonly referred to as neglected tropical diseases (NTD).

Many of those other NTDs still pose considerable health challenges to populations the world over, particularly in the poorest countries.

In celebrating Togo’s fine achievement and congratulating the country’s health workforce and leadership, Dr Tedros emphasized the need to pursue the elimination and eradication of all NTDs in all countries.