What you need to know about unclaimed financial assets 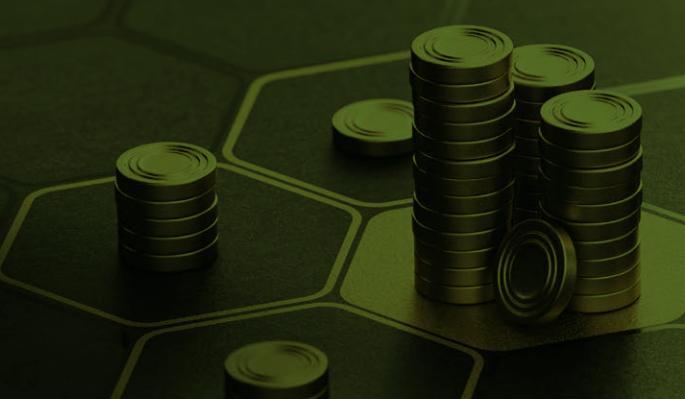 Recent media revelations paint a shocking picture of vast amounts of unclaimed assets that lie idle despite Kenyans going through a tough economic season. According to the media reports, the amount of unclaimed assets currently stands at KSh 55 billion, with a paltry KSh 1 billion paid out to beneficiaries by the Unclaimed Financial Assets Authority (UFAA) in 2021. Perhaps, the billion-dollar question is, why are Kenyans shying away from this treasure trove which would otherwise be a boon to the economy?

How long do different types of assets take before being considered unclaimed?

The Act provides for a specified duration before certain assets are considered unclaimed, as shown.

What role does UFAA play?

UFAA is created under the Act and is mandated to receive unclaimed financial assets from the holders, safeguard and re-unite the assets with their rightful owners. In discharging its legal mandate, the Authority is empowered to charge any entity that fails to surrender unclaimed assets a penalty of 25 percent of the assets held. Furthermore, it levies a penalty of between KSh 7,000 and KSh 50,000 for each day that the assets stayed before being submitted.

Reporting and surrendering unclaimed financial assets to UFAA by all holders is mandatory and due on or before November 1st every year. Holders are encouraged to file nil returns where applicable.

Who is entitled to unclaimed assets?

What are the obligations of holders?

A holder is an entity that is in possession of a financial asset on behalf of an owner, e.g., a bank or an insurance company. A holder of unclaimed assets is required to make all reasonable efforts to locate the owner and to notify the owner about the assets, send a written notice to the apparent owner at his last known address informing him that the holder is in possession of the assets and make a report concerning the assets to the UFAA.

For example, in commercial banks, some financial assets such as cheques, drafts or similar instruments are deemed unclaimed if they are outstanding for more than two years from when they are payable or after they are issued.

What is the claim process?

Kenyans have numerous complaints on redeeming unclaimed assets, which according to most, is demanding, tedious and repetitive. A look at the requirements for claimants reveals several documents that must be submitted to the Authority. Some of the documents must be certified and commissioned by a Commissioner of Oaths.

For those making their own personal claims, they need a certified copy of their ID card, a copy of their KRA PIN certificate, a completed and duly commissioned indemnity agreement (Form 5), a completed and duly commissioned original owner claim form (Form 4A), and a holder’s official letter obtained from the entity that submitted the unclaimed asset.

These documents must be certified by a lawyer, which creates the first problem for low-value claims since it may be more expensive to stamp the letters than the money being pursued.

On searching the UFAA website or using the USSD *361# to make a claim enquiry, a claimant is expected to file physically at the Authority’s only offices at Pacis Centre off Waiyaki Way, Nairobi, or through the internet.

What are some of the challenges?

The existence and mandate of the Unclaimed Financial Assets Authority (UFAA) appears to be little known to most Kenyans. Therefore, there is a need to create further awareness and educate the public on how they can check if they have idle assets or the process of getting back the funds.

The Authority reckons it is struggling to link the cash with the rightful owners or beneficiaries, claiming the worth of assets is turning some off. UFAA contends that there are so many small-value claims that do not make sense for owners, most of whom are elderly and retired, to come all the way to Nairobi to obtain a holder’s letter from entities that surrendered their assets and pay for the certifications or spend time in court. In addition, most claimants are met with demands for verification, amendments, certified holders’ letters, even where the court had already issued a grant clearly stating out the beneficiaries of the deceased. For shares, claimants are normally sent back to the broker and the sums charged are more than the shares being claimed or 80 percent of the value of the total shares being claimed.

It is reported that the National Treasury is sitting on reforms that would have made it easier for Kenyans to access the billions in unclaimed cash, shares, and dividends surrendered to the State. The Treasury is also yet to increase staffing at Ufaa, sign off a partnership between the Authority and Huduma centres, and change the law to allow minimal verification when claiming small amounts.

The Treasury is also yet to take to Cabinet and Parliament a proposal to allow claims below KES 1,000 to be accessed with an Identification Card or donated where beneficiaries do not want to claim the money.

The Authority has also noted instances where money launderers have tried to exploit the system by depositing money in a bank, waiting for the account to become dormant, and reclaiming the money through UFAA but disappearing when asked to provide additional documents.

Most of the unclaimed assets are attributed to failure by the deceased to inform the beneficiaries of the assets besides the absence of a will. The blame is mostly directed at men in our society, who have been the owners of capital for the longest time. They accumulate possessions, including financial assets, without disclosing them to their spouses or intended beneficiaries. This fact significantly contributes to the huge sums lying idle with the Authority.

What role can technology play in easing access to unclaimed assets?

Technology such as blockchain can be leveraged to ease access to unclaimed assets while maintaining the integrity and security of the unclaimed assets system. The Authority is keen to deploy such technology, as evidenced by their published invitation to tender inviting bidders to tender for the provision of project management consultancy services for the implementation of blockchain technology. The tender advert also seeks firms to supply, install, train, and maintain robotic process automation.

UFAA recently announced a partnership that will see the Auditor-General’s office conduct audits on public sector agencies on compliance with unclaimed financial assets reporting and surrender.

The National Treasury has also appointed a task force that prepared a national policy that will address the issue of small claims. We understand that the policy document is under review and will be approved soon. To reduce the amount of paperwork required for low-value claims below Sh1,000, the Authority had proposed to the government to only require a national ID from claimants.

The Authority has, in addition, opted to discuss with judges to request families doing succession to make inquiries about unclaimed assets when compiling the estate of the deceased.

The proposed reforms, including easing access to unclaimed assets, will go a long way in addressing the challenges plaguing the state of unclaimed assets in Kenya. It is expected that the policy under development will provide a proper and adequate framework for unclaimed assets. Anything less will see Kenyans continue the sad trend of shying away while billions lie idle.