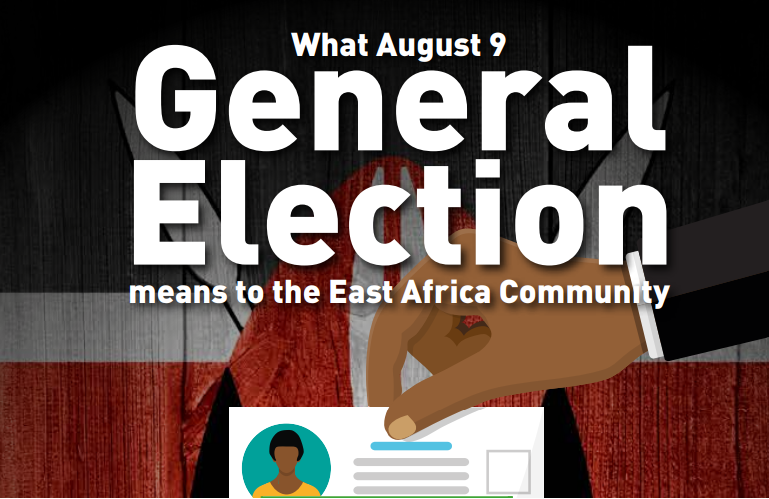 Kenya’s electioneering season is now in its final stretch. On August 9, voters will head to polling stations across the country and in the diaspora to cast their votes.

A peaceful General Election in Kenya will strengthen regional stability. The country needs a leader who can bring economic liberation. The incoming administration ought to have good relations with the neighbours especially now when the country is in an economic crisis.

The economy has been the main contenders’ key battleground in their vote hunting campaigns. The candidates noted that Kenyans are agitated by the high cost of living, rising public debt and corruption. They are therefore looking to offer economic solutions through their manifestos.

The contenders have also made numerous promises in their manifestos which include stipends to poor families, access to cheaper credit, land reforms, unorthodox exports, farm subsidies and other interventions.

Deputy President William Ruto has been using the ‘hustler nation’ as well as ‘freedom has come’ slogans while campaigning. This is aimed at positioning himself as the best suited candidate for the presidency especially to the common mwananchi. He is trying to change Kenyans’ perception in terms of leadership, saying that the presidency must not be handed over to the ‘dynasty’, referring to the Kenyatta and Odinga families.

Azimio la Umoja presidential flag bearer Raila Odinga on the other hand has been preaching the trickle-down gospel where he has promised to ensure social protection for Kenyans. He said the vulnerable persons will get Ksh6,000 monthly as well as affordable health care through the ‘Baba care’ initiative.

With the new administration expected to assume office after the August 9 polls, a lot is anticipated especially in regard to diplomacy, trade relations and so on in the East African Community (EAC). The  EAC comprises Burundi, Kenya, Rwanda, South Sudan, Tanzania, Uganda and DRC, which joined this April as the seventh member country.

Kenya must maintain good relations with the region during and after the elections. The incoming administration must as well ensure that the ties are intact since the block has been a major destination for Kenya’s exports.

We haven’t had sufficient rainfall in a while, meaning that if the rains fail to come by October, the country will be in dire need of food supply. The incoming government must be able to liaise with our neighbours for food supplies to avert starvation.

Kenya has rallied to register 7.5% economic growth in 2021 – higher than the 4% average recorded in sub-Saharan Africa. The World Bank projected a moderation of this “remarkable recovery” in 2022. It expects the middle-income economy to grow by 5.2%.

On purely economic terms, the fate of Kenya and every other country in Africa is tied to that of its neighbours.

For instance, Tanzania is a significant trading partner of Kenya and is the second largest buyer of its goods in Africa only behind its regional peer Uganda. It bought goods valued at Kshs3.04 billion from Kenya in March, up from Kshs2.8 billion a month earlier, according to statistics from the Central Bank of Kenya.

The two countries have also resolved domestic taxes, levies and fees that are charged on each other’s products, and gave a nod to the implementation of a Single Customs Territory to enhance the clearance of goods at their borders.

Late Tanzanian President John Pombe Magufuli was a key ally of Odinga, thanks to a friendship forged when both were Works ministers in their countries.

President Samia Suluhu and President Uhuru Kenyatta have had peaceful work relations since the death of President Magufuli whose relations with President Kenyatta were sour.

But Tanzania, just like Rwanda and Burundi, has not endorsed any presidential candidate in Kenya’s August polls. Many Tanzanians have, however, been excited by rank outsider Roots Party flag bearer George Wajackoyah’s eccentric promises.

Historians say the history of the region is that those who consider themselves as elders always want to influence whoever comes to power in the neighbouring countries, especially among the three initial EAC states — Kenya, Uganda and Tanzania.

In the 2013 elections, President Museveni openly supported President Uhuru and DP William Ruto, who reciprocated by crossing the border and campaigning for the Ugandan in the February 2016 elections.

In 2007, Mr Raila Odinga, who was then the opposition leader, claimed that Uganda People’s Defence Forces were sent to Eldoret and Kisumu to quell protests against former President Mwai Kibaki at the height of the post-election violence.

This led to differences between President Museveni and Mr Odinga especially after Uganda claimed to own Migingo Island in Lake Victoria. Further, Museveni was angered in 2007 when Odinga’s supporters uprooted the railway line during the post-election violence, disrupting exports to Uganda.

President Kenyatta on his side has been pushing for the integration of the region. In an earlier statement, he tied Kenya’s future to that of its African neighbours and made various commitments to the larger Pan-Africanist agenda.

President Kenyatta has in recent days rooted for peace in Somalia. He lauded efforts made by a section of African leaders in ensuring that there is peaceful coexistence in Somalia and congratulated President Mohammed Abdullahi Mohammed on his election  .

He added that he had hosted the new Somalia President where he pledged to help build the capacity of the country’s institutions, including training teachers, nurses, and administrators. The new administration in Kenya has a task of ensuring that the promises made are kept.

In February this year, DP Ruto made a diplomatic blunder when he said the DRC did not have a single cow. He was speaking about Kenya’s dairy and beef investments.

East Africa’s main seaports include: Mombasa in Kenya and Dar es Salaam, Mtwara and Tanga in Tanzania. This means that Rwanda, Uganda and Eastern DRC need Kenya for access to sea ports. Peaceful transition of power in these elections is not only paramount to Kenyans but also the neighbouring countries. Kenya’s bungled 2007/08 political transition came as a surprise to many regional traders whose goods were destroyed along the transport corridor.

It is the mandate of Kenyans to vote in leaders that will bring prosperity in the country. Leaders who will collaborate well with the entire region since Kenya cannot prosper on its own. It needs the neighbours in the region as well as other partners like Mexico, UK, USA, China and so on. Peace is another important aspect that ought to be noted after the elections. Global investors are watching and rooting for peace in the country.