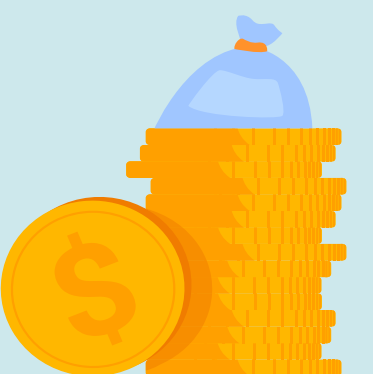 State to take all public tenders to online platform

Kenya has started the search for an online platform that will process all public tenders and linked to the Kenya Revenue Authority (KRA) in a policy shift aimed at enhancing transparency and nabbing tax cheats.

The government Tuesday invited foreign and local firms to bid for installation of the e-procurement system.

It will be linked to the KRA, which has been pursuing suppliers earning billions of shillings from counties and State tenders without paying their share of taxes.

The US has issued a fresh travel advisory against Kenya in the wake of a surge in Covid-19 cases, dealing a blow to the recovering tourism sector.

The US has downgraded Kenya from level two to level three, which requires US citizens to avoid all non-essential travel to a destination and reconsider any planned travel.

The advisory comes less than a week after the UK, also retained Kenya on its travel ban list amid rising Covid-19 cases in the country.

The restrictions look set to hurt the vital tourism sector, which is in the middle of the high season period, given the two countries account for over 20 percent of travel to Kenya.

Parliament has rejected a proposed law that would have seen depositors in fallen banks paid up to Sh1 million for every account in compensation.

The National Assembly Committee on Finance and National Planning shot down the Bill amid concerns that nearly Sh1 trillion would be needed to cover for the exposure.

The Kenya Deposit Insurance (Amendment) Bill 2020 sought to increase the compensation from the current cap of Sh500,000 to Sh1 million.

Parliament has rejected a proposed law that would have seen depositors in fallen banks paid up to Sh1 million for every account in compensation.

The National Assembly Committee on Finance and National Planning shot down the Bill amid concerns that nearly Sh1 trillion would be needed to cover for the exposure.

The Kenya Deposit Insurance (Amendment) Bill 2020 sought to increase the compensation from the current cap of Sh500,000 to Sh1 million.

The Bill also sought to make the compensation be made for each account instead of per depositor, amid opposition from the Treasury and Kenya Deposit Insurance Corporation (KDIC).

The proposal to double the compensation came months after it was increased to Sh500,000 from Sh100,000 — the first time in three decades.

“If subsection 28 (2) of the principal Act is amended, unscrupulous individuals can collude to open several accounts in a bank and bring down the bank so that they can benefit from the deposit insurance,” the committee said in its report on the Bill.

The KDIC — an independent agency that manages the deposit refund in collapsed banks — had opposed the Bill, saying that if passed it would increase its exposure to Sh950 billion against the current fund of Sh130 billion.

Data from the regulator, the Sacco Societies Regulatory Authority (Sasra), shows that the number of savers who had stopped making contributions jumped 79.5 percent.

Sacco members who are no longer active savers now account for a quarter or 25.09 percent of the 5.4 million total membership.

More than 1.3 million Kenyans have stopped making monthly contributions to savings and credit cooperative societies (saccos) in the wake of job cuts that followed the Covid-19 pandemic.

Data from the regulator, the Sacco Societies Regulatory Authority (Sasra), shows that the number of savers who had stopped making contributions jumped 79.5 percent from 764,472 in 2019 to 1.372 million last year.

Sacco members who are no longer active savers now account for a quarter or 25.09 percent of the 5.4 million total membership compared to 16.95 percent reported in 2019.

Ethiopian Agricultural Business Corporation announced that it has distributed over 600 million USD worth of main agricultural inputs to help farming activities in the country in the concluded 2013 Ethiopian fiscal year.

In his presser today, Ethiopian Agricultural Business Corporation CEO Kiflie Woldemariam told journalists that his corporation has distributed more than 600 million USD worth of fertilizers, pesticides and weeds killer spray in the budget year.

According to him, the corporation delivers agricultural inputs and equipment in an affordable price as it is supported by the government in foreign currency.

Uganda is embarking on a 10-year environmental restoration programme that will include a ban on polythene bags and a range of plastics.

According to the Junior Minister for Environment Beatrice Anywar, the ban is one of the measures the Cabinet has passed as it gets down to fixing the mess that is environment conservation even as environmentalists argue there is still no political will to see them through.

Section 2 of the 2009 Finance Act prohibits the importation, local manufacture, sale or use of plastic bags or bags of polymers of ethene and polyethene but implementation of the ban hit a snag following a disagreement on the back of intense lobbying by plastics manufacturers.

Among the new measures, the government wants encroachers on forest reserves, lakeshores and riverbanks evicted while those on rural wetlands will be offered alternative sustainable models. Also, the growing of rice in the wetlands has been banned.

Business captains are optimistic that activity will rebound once lockdown restrictions are lifted by government, according to the July Purchasing Managers’ Index (PMI).

Experts expect opportunities in form of new jobs and economic expansion as long as the government cautiously manage the current COVID-19 pandemic catastrophe.

Sponsored by Stanbic Bank, the monthly survey involving some 400 respondents is produced by IHS Markit and has been conducted since June 2016. The survey agriculture, industry, construction, wholesale/retail and the services sectors.

Government, through Uganda Development Bank (UDB), is seeking to revitalise the economy as well as boost long term resilience through supporting import substitution.

Uganda Development Bank (UDB) advanced more loans in terms of value to agro-industrialisation than any other sector for the year ended July.

In details highlighting the performance of the bank between July 2020 and July 2021, UDB, a key player in the recovery of the economy due to weakened growth and disruptions from Covid-19, gave priority to loan applications from agro-industrialisation, manufacturing and primary agriculture with the view of creating economic resilience as well as helping the country in pursuing the import substitution agenda.

For instance, during the period, according to UDB, agro-industrialisation was advanced Shs268b while manufacturing received Shs158b.

Tourism and related activities together with education services have been some of the worst affected sectors and stakeholders have previously indicated that there is need for a deeper conversation beyond the current injections that have had little impact.

The approvals, according to UDB, indicate that the bank has during the period approved loans worth Shs649.25b with at least Shs361.6b already disbursed into applicants’ accounts.

Stock market analysts have said the current TOL Gases shares price is undervalued at 500/- hence opens an opportunity to invest in the chemicals industry which is growing exponentially.

The analysts said TOL, which produces industrial and medical gases, is a good buy at present the shares which sell at discount and projected to reach 1,111/- in the next twelve months.

Tanzania Securities, one of the leading stock brokerage firms, said in its special report for the gases manufacturing firm that it was well-positioned for growth and market penetration of its products in the middle of the coronavirus pandemic.

“We issue a buy recommendation on TOL,” Tanzania Securities said adding: “The undervaluation of the TOL shares represents an opportunity to invest in a growing business in the Tanzanian chemicals industry”. The firm’s report issued a buy recommendation on TOL with a 12-month target price of 1,111/- per share offering an upside of 55.0 per cent with an expected total return of 129.1 per cent from its July closing price of 500/- per share.

The study found that of the bank’s approximately 250 employees, 50 percent are women with women representing 31 percent of senior managers and 59 percent of the Bank’s entry-level staff, according to a statement issued yesterday. Standard Chartered CEO Sanjay Rughani said: “Internal studies show that staff feel more motivated at work when they receive better support in the integration of their professional and personal lives.”

These policies, he said, were part of the bank’s effort to create and sustain an environment that enables its employees and their families to succeed.

Rwanda this week became a signatory to the Convention on Mutual Administrative Assistance in Tax Matters (MAAC).

The treaty is a commitment by Rwanda to comply with international standards from the European Union and Organisation for Economic Co-operation and Development (OECD).

This will enable Rwanda to expand her network of information exchange partners from the current 12 to more than 141.

The Convention was developed jointly by the OECD and the Council of Europe in 1988 and amended by Protocol in 2010.

Rwanda will host the continental headquarters of Sokokuu, an e-commerce platform aimed at enhancing the role of Africa’s small and medium enterprises in inter and intra-African trade.

This emerged following a meeting of President Paul Kagame and former Ethiopian Prime Minister, Hailemariam Desalegn, who is the Patron for The Africa Electronic Trade Group and Mulualem Syoum, the Group’s CEO & Board Chair.

The Africa Electronic Trade Group is developing a comprehensive e-commerce platform, Sokokuu, to enhance the role of Africa’s small and medium enterprises in inter and intra-African trade.