18th November 2022 Trade and Financial Services Round Up 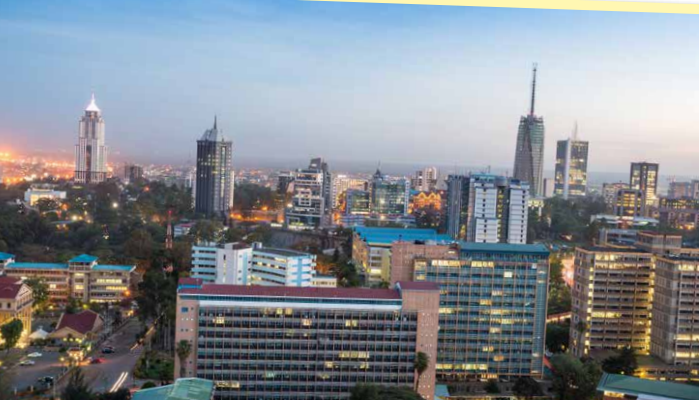 Drought-hit Marsabit, Garissa, Samburu and Isiolo counties have the highest proportion of borrowers defaulting on credit, including dues owed to shopkeepers and shylocks.

The rates of default in the four counties ranged between 47 per cent and 74 per cent and more than double the national average of 24 per cent, a survey part-conducted by the Central Bank of Kenya (CBK).

Busia, Nandi, Siaya and Nairobi had the lowest default levels in findings that look to influence lending patterns by banks and digital lenders across Kenya’s 47 counties.

Northern Kenya counties have been the worst hit by drought in the past two years, which has hurt households that depend on livestock as their main source of income.

The findings of the household survey by the CBK, FSD Kenya and the Kenya National Bureau of Statistics (KNBS) show that 50.9 per cent of the respondents with credit defaulted on mobile loans last year.

Tanzania Revenue Authority (TRA) said yesterday that it had held several discussions and reviews with businesspeople who had been treated unfairly by task forces in recent years. The infamous taskforce, which was very common during the fifth phase of administration, subjected businessmen to physical harassment, including the closure of shops and coercion from the tax officials.

Yesterday, during a meeting with members of the Tanzania Editors Forum (TEF), the tax audit manager, Mr Charles Bajungu, said the taxman had sat down with people who had previously gone through the hands of the infamous task forces, with a view to reevaluating the amount of loss they incurred.

“People have appealed. While others have been reviewed by our officers, the work is still in progress within the TRA,” he said. President Samia Suluhu Hassan vehemently and repeatedly condemned the practice of “milking taxpayers dry” upon taking office on March 19, last year.

President Hassan expressed her dissatisfaction with the trend of tax collectors strangling businesses when she swore in Dr. Mwigulu Nchemba as the new Finance Minister in April last year.

We have to fight anti-competitive mobile money practices – BoU

Bank of Uganda has said it will need stakeholders such as Uganda Communications Commission to cleanse the mobile money sector of emerging anti-competitive practices. Speaking during the signing of a revised memorandum of understanding between Central Bank and UCC, which provides a framework for digital transformation by facilitating information exchange and cooperation on licensing, Dr Michael Atingi-Ego, the Bank of Uganda deputy governor, said   there is need for a level playing ground that is vital for market integrity.

Therefore, he said, the Central Bank will seek to foster fair competition among big telecoms and new entrants. “We pray for the UCC’s support in cleansing the sector of the emerging anti-competitive practices,” he said without giving details.

It is not clear which emerging anti-competitive practices, Dr Atingi-Ego was referring to. However, the telecom sector has largely remained a two-horse race between MTN and Airtel.

Many of the new entrants have either collapsed or acquired. For instance, Airtel has previously acquired Warid and now has a collaborative relationship with Buganda kingdom founded K2.

Other telecoms, among them Vodafone and Africell, which acquired Orange, have either voluntary exited or have been liquidated. Telecoms, apart from telecommunications services, are now big players in the financial services sector through mobile money.

The memorandum of understanding, which was by Dr Atingi-Ego on behalf of Bank of Uganda and Ms Irene Kaggwa Sewankambo, the UCC acting executive director, seeks to create an oversight and supervision of payment services and systems as well as the related financial service innovations.

Rwanda and Uganda are seeing a significant surge in trade nine months after the two neighbors moved to assuage tensions, it has emerged.

Trade between the two landlocked East African nations had taken a hit from three years of border inactivity before Rwanda reopened the Gatuna border crossing as ties improved.

According to new figures from Rwanda Revenue Authority, at least 160 trucks are cleared between the common borders a day, with some 1000 people crossing. The data was shared with a delegation from the East African Business Council (EABC), the apex body of businesses in the East African Community (EAC) on Thursday, November 17.

The government reached the decision after careful consideration of the market condition and the very stable outlook in the country with the signing of the peace agreement to end hostilities in the northern parts of Ethiopia, he added. According to him, the process is in line with the overall reform strategy of the government that focuses on introducing competition in the economic sector previously controlled by the government with the successful liberalization process of the telecom sector which saw the market entrance of Safaricom and its partners.

Economic analyst Khalid Saad said that low inflation does not necessarily indicate that the economic situation is good, explaining economic indicators will only recover once there is political stability in the country. A resident in Omdurman told Radio Dabanga: “We all are desperate and afraid of the future. I tell you, Sudan is gone.”

Economic indicators “should be read in the context of other economic statistics, along with the fact that the state no longer controls Sudan’s economic system,” he told Radio Dabanga on Monday.

“Political liquidity” in the country has led to “chaos” in inflation figures and the failure to develop a solid economic policy, he said, warning that “the economy has become extremely fragile.”

On Sunday, the Sudanese Central Bureau of Statistics reported that annual inflation fell from 107 per cent in September to 102.6 per cent in October. “The decreased inflation percentage has nothing to do with improved livelihoods, and is rather a state of stagnation which is the result of weak purchasing power,” the economist explained. He pointed out that more than 60 per cent of Sudan’s commodities are being traded on the black market.

On the same day, income taxes were amended by the Ministry of Finance and Economic Planning amidst complaints and strikes against the government’s tax policies. “Exorbitant” tax increases affecting exports and imports in the last two months have also contributed to stagnation. “The government does not encourage exports and is unable to impose any policies that would contribute to economic solutions,” Saad said.