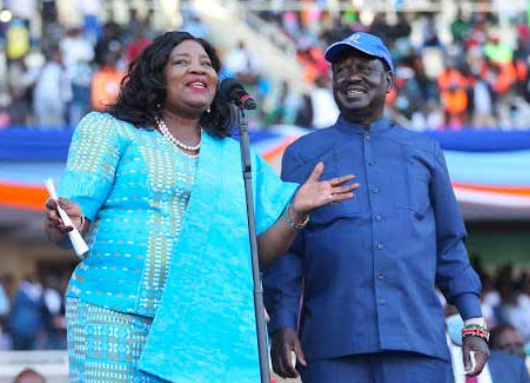 The journey, and the challenges, begin for Raila

Ahead of the much-hyped ‘big announcement’ by Raila Odinga on Friday, December 10, the team organizing the event at the stadium in Kasarani, Nairobi, were worried.

While the event’s outcome was known well in advance, there were hitches evident in the fact that none of the people from amongst whom he hopes to select a running mate were committed to attend the meeting.

The disappointment would play out farcically on Thursday evening as one by one, the principals of the One Kenya Alliance responded to the invitation.

Musalia Mudavadi and Moses Wetang’ula were straightforward in stating that while they had been invited, they had previous commitments and would therefore not be in a position to attend.

Kalonzo Musyoka had apparently been deployed on diplomatic duty in South Sudan and would not make it in time.

Only Gideon Moi of Kanu responded, and in action, by attending the event as a sort of return of the favour Mr Odinga granted the party by attending their National Delegates Conference.

It did not help that President Uhuru Kenyatta, who is reported to be pulling the strings in putting together Mr Odinga’s bid, had travelled to Tanzania to attend their independence day celebrations.

The absence of the One Kenya Alliance team suggests they have hardened their stance and could increase their demands, individually and as a team, if they are to even agree to come to the table.

He could turn to Central Kenya but there again he lacks an obviously popular candidate, which is the same dilemma Deputy President William Ruto is facing.

Mr Odinga’s team was also worried about his stamina. While he was quite energetic in his past campaigns, Mr Odinga’s age is starting to show in the form of flagging energy levels. That came to light in a widely circulated where apparently at the end of a campaign tour, he appeared to be in a daze.

The announcement by Mr Odinga officially marks the start of his campaign and he has already set up a board to manage the process.

The challenge the board must now deal with is how to balance the interests of their presidential candidate with the powerful party officials around him, his influential and fiercely protective family and the politicians with whom he needs to form a coalition if he is to succeed.