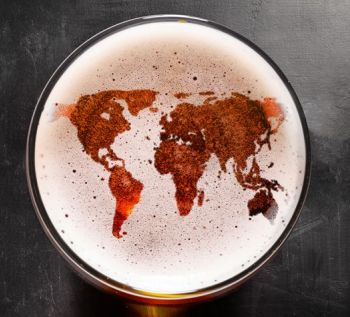 The World Health Organization (WHO) is in the midst of developing a Global Alcohol Action Plan (GAAP) with the goal of reducing the harmful use of alcohol across the world. On Friday October 8, 2021, member states will be reviewing the 2nd draft of the GAAP, which is supposed to reflect the input of all stakeholders who made submissions during a recent online consultation process.

As member states and relevant stakeholders gather to review the proposed action plan, the Cereal Growers Association (CGA) in Kenya is calling on the government to interrogate global policies and support them in view of their contribution to growth of Agro-processing and socio-economic empowerment in Kenya.

Tackling the harmful impacts of alcohol misuse is an unimpeachable and desirable goal for all countries including Kenya. However, there are signs that the WHO is preparing to overreach with this action plan, with potentially detrimental impacts on our economy in service of targets that seem misguided in terms of public health promotion.

The CGA has a lot at stake in this process, as brewers and the broader drinks sector are important purchasers, processors and promoters of our local crops.

We have reviewed the contents of the document carefully and provided a full submission to the consultation, which we urge our government to review and integrate into their comments on October 8, 2021.

The most objectionable proposal is to establish an arbitrary global target to reduce average alcohol consumption by 20 per cent. Besides the fact that there is no explanation for how this arbitrary figure was reached, the deeper worry is that this figure is to apply to all alcohol consumption, rather than target the harmful use which is supposed to be the goal and which has underpinned previous WHO strategies on this topic.

This is clearly contrary to reason because not all drinking is the same and drinking patterns differ greatly across individuals, demographic groups and nations. Kenya should not commit to such an arbitrary standard.

The drafters of the GAAP document fail to consider unintended consequences and don’t acknowledge local conditions. The Government of Kenya understands the need to increase farmer productivity and incomes as a way of reducing poverty. Thus, Executive and Legislative branches have recognised that the use of local raw materials in the manufacture of alcoholic beverages meets the twin goals of expanding agricultural productivity and the scope of the manufacturing sector in Kenya. There are over 40,000 sorghum farmers in Kenya and these supply raw materials into a reliable, modern, safe and hygienic beer production sector. In 2019, these farmers earned over KShs. 1 billion from supplying grain to brewers. All of this income, as well as substantial public revenues and the growth of the domestic industry, would be adversely affected by the imposition of an arbitrary per capita target.

The effects would be immediate and long-term right across the value chain, including not only the direct traders, but also scientific endeavour in crop and seed research, market aggregators, logistics businesses and grain processing firms. The extended effects of this arbitrary policy would have far higher costs than the purported benefits.

The nature of the alcohol market in Kenya would also make this approach simply unfeasible. Kenya has several neighbours with different alcohol laws and cross-border trade which makes domestic action difficult to test and monitor.

More significantly, Kenya has a dual market for alcohol production, sale and consumption. WHO data shows that most alcohol consumption in Kenya is unrecorded, meaning that it is produced in informal channels and marketed the same way. An official mission to target consumption generally would merely squeeze out the professional, tax-paid and job-supporting formal sector and expand the illicit market, with all of its negative social consequences.

This ‘substitution effect’ is real in Kenya and this is why our government has been progressive in allowing for safer and affordable alternatives that do not turn ordinary drinkers into criminals. We fear that strong-arm approaches will yield unpalatable social consequences and may not meet public approval, which is essential for policy effectiveness and stability.

Put simply, the CGA and its members support effective and clear policies to ensure that harmful use of alcohol is measured and reduced. However, alcohol control policies must be driven by local considerations and cannot be pursued at the risk of devastating rural economies, hindering job creation, entrenching poverty and encouraging illicit activity.

We all deserve a better policy approach and we urge our government to advocate strongly for this with its international peers this Friday.

About the Author: Mr. Kioko is the CEO of the Cereal Growers Association. For more information, please reach out via akioko@cga.co.ke