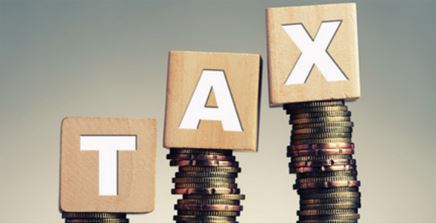 The discussion covered the following areas:

The process of making the Finance Bill

Mr. Oray started by highlighting the process of making the Finance Bill. He said that the process involves various steps including engaging stakeholders at various levels to submit proposals.

The CS afterwards submits the draft Bill to the Cabinet Committee for approval and tabling to Parliament. In Parliament, the draft Bill will be taken to the Departmental Committee on Finance to allow for public participation and later brought back to the floor of the House for debate. If approved by Parliament, the Bill is sent to the President for assent and becomes effective as law.

The role of professionals in the making of the Finance Bill

Within the process of making the Finance Bill, professionals have an opportunity to engage the Departmental Committee on Finance at the National Assembly and submit memorandums or make presentations in view of their proposals.

The level of public participation in the process

Mr. Ogara noted that the public is very much a part of the budget making process. He reiterated that anyone is free to submit proposals during the process of public participation. He, however, pointed out that it is critical to provide grounds or justification for the proposals being put forward. In his view, the National Treasury has been receptive to engaging the public in this process.

The proposal to amend the Income Tax Act to exclude microfinance institutions (MFIs) from interest deductibility restrictions based on earnings before interest, taxes, depreciation and amortization (EBITDA) was hailed as a welcome move by Mr. Ogara. He noted that the inclusion of MFIs would now align the tax treatment across the financial sector.

Exemption of medical supplies from VAT

Mr. Oray pointed out that the Finance Bill was yet to be published and as such he was not privy to the specifics. He however noted that the VAT exemption on the specified medical supplies is meant to support Universal Health Coverage (UHC) and translate to affordable and accessible healthcare for Kenyans.

Gains by non-residents from financial derivatives

The Income Tax Act is set to be amended to bring to tax gains accruing to non-residents from transactions involving financial derivatives in Kenya. Mr. Oray stressed that this was part of the efforts to expand the tax base as opposed to deepening it.

According to Mr. Waruiru, the VAT and excise duty exemptions are a reason to smile for those dealing in and buying locally manufactured vehicles. He however stressed the importance of extending similar exemptions to other vehicles such as farm vehicles to support the entire value chain of the Big Four Agenda.

The CS proposed to introduce excise duty at 15% on fees charged by all television stations, print media, billboards, and radio stations for advertisement of alcoholic beverages, betting, and gaming. Mr. Ogara noted that the proposal presented a tough balancing act for the Government but that the effect of the tax may act to slow down or control the consumption of alcoholic beverages, betting, and gaming activities.

Mr. Omondi invited comments from the panelists noting that the above proposal had elicited an uproar. In responding to the policy rationale for the proposal, Mr. Oray first noted that this wasn’t the first time Kenya was contemplating such a provision. He pointed out that the repealed VAT Act had a similar provision which was set at 30%. Second, other jurisdictions in Africa including Tanzania, Rwanda, and Ghana have adopted a similar approach. Despite this, he argued that the reason for Kenya taking this approach was the benefits it presents to both the government and taxpayers.

The government will stand to benefit in the event a taxpayer loses a case in the High Court. The deposit in the escrow account will be easily and quickly accessible to the government thereby mitigating the risk of delay and prolonged follow up with the taxpayer. On the other hand, the burden on the taxpayer in terms of the cash flow will be lessened should the tax payable be too high to pay all at once.

In contrast, Mr. Waruiru argued that the provision requiring a deposit of 50% of the disputed amount impedes taxpayers’ right to access justice. He noted that the Supreme Court of Uganda held a similar provision to be unconstitutional. In his view, the provision is bad for taxpayers and the business community at large.

While supporting the sentiments of Mr. Waruiru, Mr. Ogara added that the provision could be prone to abuse by the KRA.

The move to rename Kenya Revenue Authority as Kenya Revenue Service was hailed as a good move by the panelists. They noted the term ‘service’ aligns with KRA’s goal of being customer-centric as has been the case in the recent past.

As a parting shot, Mr. Oray urged tax practitioners to collaborate with the Authority in educating taxpayers on the various tax measures to have an informed taxpaying public.