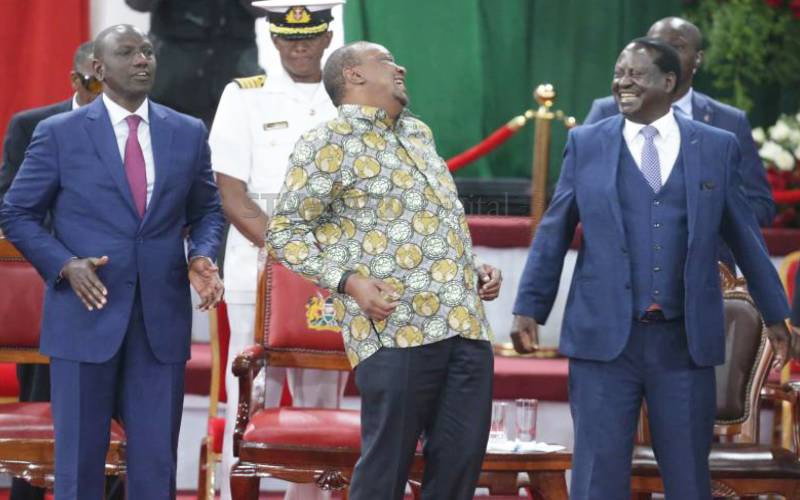 Raila Odinga’s treatment in Dubai was last week reported to have been the reason the release of the final Building Bridges Initiative (BBI) report would not be released.

With the former Prime Minister this week declaring that he is fit and ready, and the tem of the team having come to an end, it looks like the season of the BBI could be back, and with it, the politics and political realignments.

The report will once again test the strength of the realigned factions of the Jubilee Party.

The President appears to be in the final stages of refurbishing the party and has lined up his troops to push through the amendments to various laws and the Constitution that will go towards implementation of the report’s recommendations.

The strategy will now be to use the parliamentary route to initiate the changes, as opposed to the popular movement, which would have required the collection of one million signatures for the Bill to be presented to the electoral commission.

Now, he appears to have the numbers in Parliament as the previous Opposition has crossed over and will be willing to back the report.

For the President’s camp, the tricky part, if the BBI proposes it, will be convincing the public that there is a need to create the Prime Minister’s position. The proposal would make good fodder for Deputy President William Ruto’s camp, who are keen not to have a referendum before the elections.

The announcement by the Kenya Forest Service that 800 homes sit on land that was illegally hived off Ngong Forest has reignited debate about the veracity of State-issued land ownership documents.

It seems like a large number of middle-class homes would give the Government pause but the Director General of the Nairobi Metropolitan Service, Major-General Mohamed Badi indicated that repossession would continue.

While the eviction of people from Government land in Ruai and Kariobangi raised a storm, the class of people affected by this round could cause more complaints and anger.

The choice for the Government is between letting people go because of long-buried mistakes or showing resolve to correct past misdeeds and enforce the law.

Either direction is bound to have an impact.