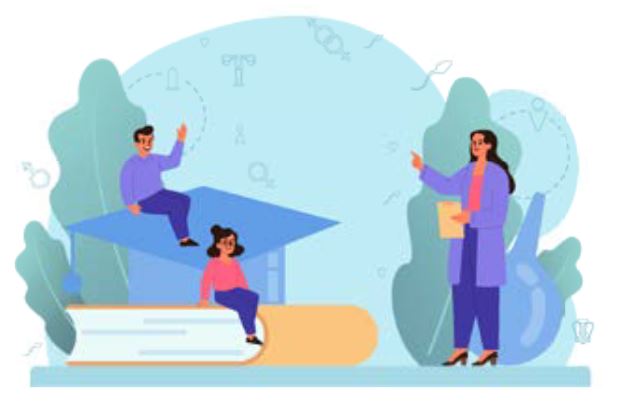 Kenya has a National Policy on Adolescent Sexual and Reproductive Health (ASRH) developed in 2003 and reviewed in 2015. It is said that the Policy laid the foundation for development of related policies, strategies and guidelines on ASRH as well as enhanced partnerships between government, private sector, non-governmental organizations (NGO) and civil society organizations (CSOs).

In addition, it provided a platform for improvement of knowledge and attitudes towards ASRH among adolescents, parents, teachers, religious leaders and community members and to some extent empowered adolescents to utilize available health services.

Beyond this, there have been other initiatives aimed at enhancing rights associated with ASRH including policies, programmes and strategies related to sexual violence, sexual and life skills education in school, gender equality, access to and use of SRH services, HIV and AIDS, youth friendly services (YFS).

For instance, during the pre- MDG period the Kenya Adolescent Reproductive Health programme ran (KARHP) which focused on adolescents specifically (10–19 years). It was the first initiative that involved the government Ministries, resulting in a decrease in the proportion initiating sexual intercourse, an increase in knowledge of sexually transmitted infections, particularly HIV/AIDS awareness which was near universal.

However, the low use of condoms and increase in the proportion of pregnant girls at the time suggests that despite a somewhat conducive climate to operationalise the prominent International Conference on Population and Development (ICPD) in the country, other factors working at the macro level were inhibiting full access to SRH services and information to adolescents and young people.

Furthermore, the policy for re-entry to formal schooling by young mothers was more of a reactionary and passive step. Thus, the moral narratives in the country that viewed teenage motherhood as disgraceful continued to hinder the implementation and dissemination of the policy in the country. In fact, 77% of the schools were against the re-entry policy.

In some cases, marriage was sought either voluntarily or coerced by parents in order to legitimize pregnancies and childbirth. The policy lacked guidelines and schools were afraid of being ostracised if they allowed re-entry of young mothers.

In the early to mid-MDG period which saw the development of the ASRH policy, organizations such as the Christian Health Association of Kenya (CHAK) successfully lobbied against the provision of contraceptives and abortion services to adolescents arguing that it was immoral and deviating from the African culture.

Owing to high mortality rates, concerns over rate of transition to higher education levels by girls and sustained early childbearing was an awakening for the government to refocus on SRH issues, with more attention to the SRH needs of adolescents and young people in late MDG period. As a result, we had the first published draft of the Reproductive Health Care Bill (2014) which waived parental consent to provision of RH services to adolescents. This was one of the policies used to provide a political impetus and framework for galvanizing the community at the national level to work on adolescents’ and young people’s issues.

Unfortunately, the Bill was met with a lot of opposition. It provided for the provision of adolescent –friendly reproductive health and sexual health information and education. The Bill also obligated national and county governments to provide contraceptives and family planning services, including contraceptive options, counseling, information and education targeting adolescents aged 10-17 years.

The clerics and a cross section of parents argued that the Bill was giving children a license to have sex and encouraging immoral behavior. They called for behavioral change programmes instead promoting abstinence.

Whereas in an ideal world, children should not be seen to engage in sexual relationships, the reality is that a considerable number are engaged in sexual activities. At the time when the debate on whether or not to introduce age-appropriate sex education in schools in 2013/2014, Kenya recorded its youngest mother at the time who was only 10 years old.

Unfortunately, the Bill failed to receive the support that it needed and it failed on the floor of the Senate. However, the debate has been reignited following the introduction of the Sexual Reproductive Health Bill, 2019 by Sen. Susan Kihika.

Among other things, the Bill provides at Clause 32:

(1) The National government shall collaborate with county governments to ensure that adolescents have access to adolescent friendly reproductive health services.

(b) spiritual and moral guidance;

(ii) consequences of unsafe abortion; and

(f) such other health services as the Cabinet Secretary shall determine.

(3) A health care provider from whom reproductive health services are sought by an adolescent shall refer the adolescent to a qualified person for the provision of the necessary services. Provision of information.

However, unlike the earlier RH Bill of 2014, this Bill requires that In the provision of adolescent friendly reproductive health services, a health provider shall— (a) obtain parental consent; and (b) give due consideration to the exact age of the adolescent in a bid to provide age-appropriate information, education and reproductive health services.

Whereas these clauses on the adolescent reproductive healthcare may appear weak and watered down in comparison, fact remains that the issue of ASRH rights is a very sensitive and controversial issue that requires a delicate balance of various concerns about the protection of the adolescents, parental rights/duties and societal values.