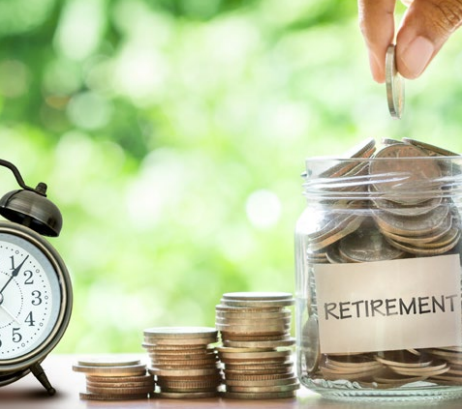 President William Ruto during Thursday’s joint Parliament address on his legislative agenda mentioned that his government was concerned about the welfare of the social security infrastructure. He was referring to both the public National Social Security Fund (NSSF) and private pensions, noting that no Kenyan is capable of living off their retirement benefits.

President Ruto while addressing the two Houses said the social security plan only ‘benefits’ people in formal employment, thereby excluding the vast majority of working Kenyans. The majority of Kenyans with no NSSF or personal pension plan resort in investing in 50 by 100 plots which has increased land fragmentation.  He proposed a national savings drive to encourage those in the informal sector to set up retirement saving plans with the government offering to contribute Sh1 for every KSh2 saved in the scheme and up to a maximum of Kh6,000 a year. President Ruto called upon the members for a bipartisan support in his administration’s social security reform plans.

Increment in the social security contributions is a much-needed reform, as truth be told, in the current economic times where the cost of living is skyrocketing, living off NSSF pension benefits is not sustainable. A critic will reveal that the incentive will first not be sustainable for the government to run, especially if its intended to be on the long-run as these are resources that could be used in other projects. Secondly, Kenyans’ saving habits trail behind other countries. This could be attributed to factors such as low income, lack of jobs and even distrust in funds management. This explains the move to invest in land which the President was keen to say his administration will devise methods of providing land to both public and private investors for provision of affordable housing.

Low income makes it difficult for Kenyans to increase their savings contribution from the current minimum contribution. As such, President Ruto’s proposal on hierarchy of taxation which involves wealth, consumption, income and trade will significantly reduce saving contributions if income tax is increased.

The President’s’ legislative agenda did not only require provision of resources in social security reforms, but he also proposed a legislative framework establishing the Hustlers Fund and the Senate Oversight Fund. The Hustlers Fund in particular will be allocated 50 billion annually. All these proposed funds will further constrain the little resources available in the country which President Ruto aptly reported was not sustainable if we continued to borrow to finance both development and recurrent expenditure.

In addition to the proposed establishment of the above Funds, President Ruto supported the implementation of the National Government – Constituency Development Fund (NG-CDF) in accordance with the Constitution of Kenya. This was following the Supreme Court of Kenya’s decision where they declared NG-CDF unconstitutional for interfering with the principle of separation of powers. NG-CDF relies on government depleted resources for its implementation which means the country will continue relying on loans to fund its development and recurrent expenditure.

The legislative agenda certainly contains proposals made out of the good intention of the betterment of the Kenyan people. However, the reality on the ground only leads one to question the government’s implementation strategy. It will be keen to follow up on the legislative and policy frameworks that will be established to govern President Ruto’s legislative agenda proposals.