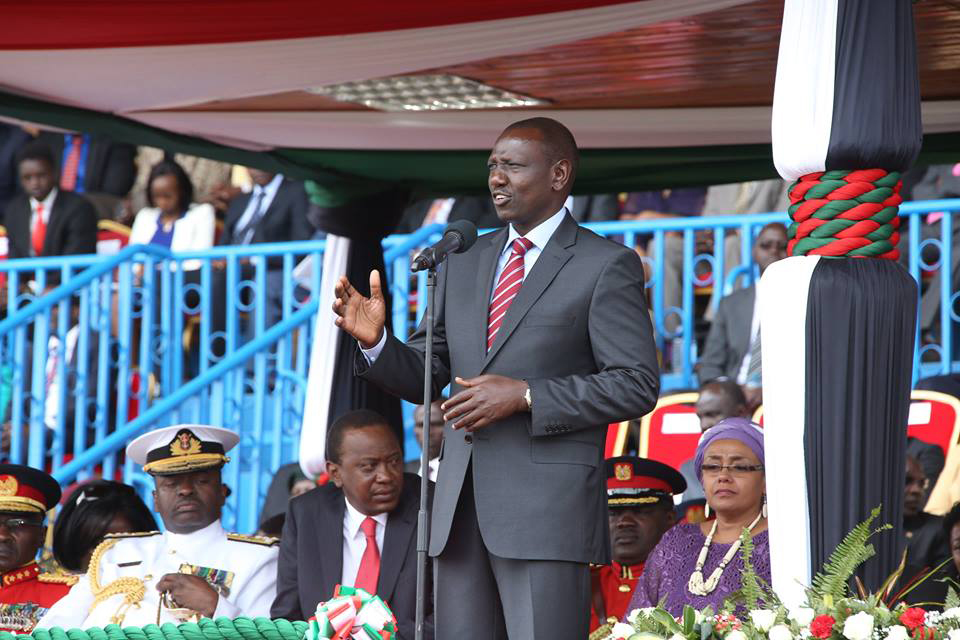 Deputy President William Ruto’s caution against using his name to mobilize funds for his presidential campaigns towards the 2022 General Election could be taken as an indicator of a change of heart, or strategy.

Thursday’s statement from his Press Secretary, David Mugonyi, warned groups and individuals who have been going around the country purporting to be consolidating war chest to mount a serious campaign that will propel him to the apex of power in the 2022 polls.

A strong worded statement from DP Ruto points to a change of heart from his camp made of allied MPs and Senators, with an intention of desisting from crisscrossing the country reaffirming loyalty and unwavering support ahead of the 2022 succession politics.

The Deputy President has hit out at unnamed individuals running noisy charades and mock-campaigns and demanded that they cease dragging his name in their shenanigans forthwith.

Ruto appears to be quaking to the pressure from Jubilee Party leader Uhuru Kenyatta who has warned against premature campaigns seen to be orchestrated by his deputy.

The DP has however denied approving, canvassing or engaging on any other form of preparation for a presidential or other campaign after the 2017 Presidential Election.

Without making any reference to an incident where young people were captured on video in Kapenguria with branded cars/trucks with jubilee emblazoned T-shirts under the banner of Vijana Tumeamua ni Ruto 2022 (Youth We Have Decided Ruto 2022) Ruto said he does not and has never approved, consented to or supported haphazard, sketchy, messy, premature political canvassing.

Giving pointers that he has cracked under the pressure to slow the campaign rhetoric, DP says he is a democrat and believes that campaigning must be done at the appropriate time, in an organized, systematic manner, that gives candidates the opportunity to have quality engagement with the people within a political party and based on issues and policies.

While demonstrating his unwavering loyalty to his boss Ruto has continued to reiterate his commitment to realize Jubilee’s transformational agenda, especially the Big Four.

Affirming his loyalty to the President has been a weapon DP often invokes to insulate him from the detractors bent to drive a wedge between him and President Kenyatta over a clash of priorities.

The second term of the duo has been punctuated by glaring misses and strained relations with President Kenyatta devoting energy and commitment on cementing his legacy while DP Ruto is engrossed in building a solid base and grassroots networks to propel him to State House.

The statement by Ruto comes against the backdrop of an Executive Order seen as a plot to curtail his powers and drastically reduce his trips to counties in the guise of launching or supervising development projects.

He has, however, expressed support for President Kenyatta’s Executive Order which handed Interior Cabinet Secretary Dr Fred Matiang’i additional responsibilities and instructed all government officers to immediately align their operations to the order so as to ensure effective communication and the implementation of projects.