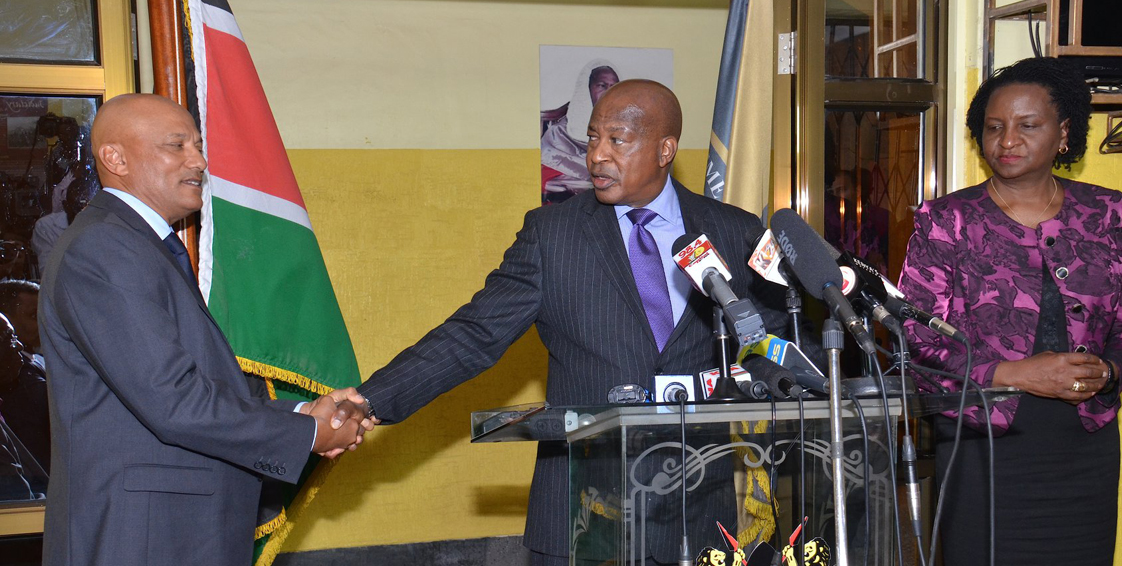 On the 7th of December the office of the Attorney General (AG) addressed the issue of the public discussions and debates on the people’s assemblies. The AG sought to clarify the legal position on the debates to avert misconceptions and misunderstandings on the part of the Kenyan public.

The AG cited Article 2(1) of the Constitution which provides that the Constitution is the Supreme Law of the Republic and binds all persons and all state organs at both levels of government.

The AG held that the purported “swearing in” of the NASA presidential and deputy candidates would be in contravention of Article 3 of the constitution which provides for the obligation to respect and uphold the constitution.

The AG further cited Article 3(2) which provides that any attempt to establish a government other than in compliance with the Constitution is unlawful and person acting in violation of the said article would be committing a treasonable offence under Section 40 of the Penal Code.

The AG confirmed that the People’s Assembly is an alien term to the constitution and is not envisioned in any legislation. Article 1(3) of the constitution provides that the Sovereign power of the people is delegated to parliament and the legislative assemblies at the county governments, the executive at the national and county level as well as the Judiciary.

The AG stated that this therefore means that the People’s Assemblies are illegal and not anchored in any known law.

The AG construed that any engagement by elected officials in the People’s Assemblies is tantamount to handing back the sovereignty delegated through their election and that they will have been deemed to have vacated their elective positions. County governments and individual County Assemblies risk suspension in line with section 123 of the County Governments.