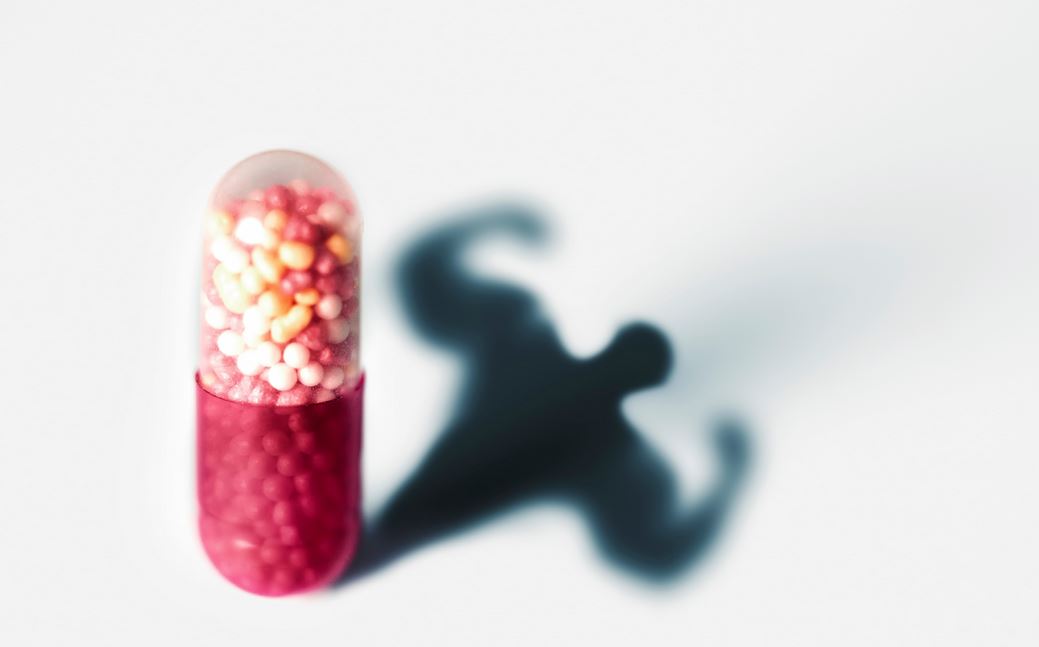 BEHIND THE CURTAIN OF ANTI-DOPING IN KENYA

Kenya has been criticised by the international sporting fraternity and by the media for not having the resources or the infrastructure to carry out effective anti-doping control throughout the country for comprehensive testing, especially out of competition testing. In 2013, Kenya came under scrutiny from the World Anti-Doping Agency (WADA) after failing to investigate a spike in athletes testing positive for banned substances. An Anti-Doping Taskforce was commissioned on 4th November 2013 to investigate the allegations of abuse of performance enhancing drugs and substances by Kenyan athletes and the involvement of any person in administering of drugs and performance enhancing substances.

The Taskforce published their report on 27th October 2014 giving reasons for the spike in positive tests including: Athletes not being adequately educated about anti-doping; Athletes being susceptible to the negative influence of foreign agents who push them to win at any cost; and Athletes being vulnerable to local doctors and pharmacists who administer doping substances for profit while passing them off as medical or therapeutic treatments.

States cannot be legally bound by non-governmental private laws such as the WADC. They instead ratify and domesticate treaties and conventions which affirm their commitment to the anti-doping movement. Each government’s commitment to the Code will be evidenced by its signing the Copenhagen Declaration on Anti-Doping in Sport of 3 March 2003, and by ratifying, accepting, approving or acceding to the UNESCO Convention. Governments that are signatories to the Convention are expected to put in place legislation, regulation, policies or administrative practices for cooperation and sharing of information with anti-doping organizations and sharing of data among anti-doping organizations as provided in the WADA Code.

In order for a State to fully and effectively integrate and give effect to provisions of the WADC there needs to be a process of domestication of the treaty into public law/ national legal system either through an enabling legislation through an Act of Parliament, an executive order or any other process of accession. If a country does not ratify, accept, approve or accede to the UNESCO Convention, it may result in forfeiture of offices and positions within WADA; ineligibility or non-admission of any candidature to hold any International event in a country, cancellation of International events; symbolic consequences and other consequences pursuant to the Olympic Charter. These are some mechanisms used by sport to ensure compliance of anti-doping regulations by sovereign States.

While Kenya ratified the UNESCO Convention, in order for it to fully and effectively integrate the WADA Code into the national legal system, it will need to be domesticated into Kenyan law. This required an enabling legislation through an Act of Parliament to give effect to the provisions of the Code. The Sports Act of 2013 was the first piece of Kenyan legislation to acknowledge anti-doping , as it stated at Section 74 that: Every person involved in sports and recreation shall observe anti-doping rules; and that The Cabinet Secretary shall make regulations for the better management of antidoping activities and such regulations may prescribe penalties for contravention of subsection. But there was little progress to get Kenya in line with the WADA Code.

Following international pressure from the sporting community, and the publication of the 2014 Task Force Report, WADA, Anti-Doping Norway and the Chinese Anti-Doping Agency met Kenyan officials in Cape Town to discuss the steps for initiating a new Anti-Doping Organization (ADO) in Kenya. The creation of a new anti-doping organisation – the Anti-Doping Agency of Kenya (ADAK) – was announced in Paris at a Foundation Board meeting of WADA. WADA’s role is to oversee the comprehensive plan of action for establishing ADAK while the Chinese and Norwegian bodies would provide technical training and guidance throughout the process. Kenya passed the Anti-Doping Act of 2016 which established ADAK as a semi-autonomous body with powers to carry out education, testing, investigation and prosecution of anti-doping, and gave authority to the Sports Disputes Tribunal to listen to and dispense with cases

Despite these positive steps towards compliance, Kenya was plagued by media reports of wide-scale doping as a result of spikes in Kenyan athletes who tested positive. It should be noted that WADA recognizes that, amongst Signatories and Governments there are significant differences in anti-doping experience, resources, and the legal context in which anti-doping activities are carried out. In considering whether an organization or government is compliant, WADA considers these differences. In December 2016, WADA’s Intelligence and Investigations (I&I) Department launched a full-scale investigation into widespread doping, known as the Kenya Project in order to understand the doping practices of Kenyan athletes with the view to identifying those involved.

The Project report made a number of key conclusions: The doping practices of Kenyan athletes are unsophisticated, opportunistic, and uncoordinated and there is no evidence of an institutionalized system; Based on the substances detected, Kenyan athletes most commonly use Nandrolone and EPO; Athletes in Kenya are insufficiently educated on doping and/or willfully blind as to the consequences of doping;  The role of local medical practitioners and quasi-medical personnel (e.g. chemists) is highly relevant to the accessibility of prohibited substances to athletes and their entourages;  Some local medical practitioners and quasi-medical personnel are unaware and/or willfully blind to their role in facilitating the access of athletes and their entourage to prohibited substances; and The benefits of the “substantial assistance” provisions of the WADA Code are vastly underutilized by Kenyan athletes who are caught for doping.

Following this report, the then Head of the Athletics Integrity Unit (AIU) Brett Clothier remarked: “Kenya is a great and justly proud athletics nation, but it now has a serious doping problem. The reasons for this are complex and there are no easy solutions but the AIU is dedicated to working with our partners in Kenya and improving the situation. Currently, Kenyan athletes make up 22% of the AIU out-of-competition testing program and at least the equivalent amount of time in our investigations and intelligence team. The AIU funded the establishment of a new blood laboratory in Nairobi. We are putting a lot of time and resources into anti-doping in Kenya. We are not just interested in making cases but gaining a deep understanding so that we can find real and lasting solutions to meet Kenya’s unique challenges.”

The problems facing Kenya are indeed unique considering a good number of Athletes are reported as being either semi-literate or of poor educational background. Despite them being exposed to international travel, many Kenyan athletes are not well-read, do not speak English as their first language and are not technologically savvy in order to access vital anti-doping information or even to update their own Whereabouts on the Anti-Doping Administration & Management System (ADAMS) an online data-base for entering, storing, reporting and sharing anti-doping data.

These issues, together with the mushrooming of unlicensed pharmacies and clinics in rural areas have compounded on the problems that Kenyan athletes continue to face daily. It is no wonder that a good number of athletes are found flat-footed and suffer the brunt of a ban despite inadvertent circumstances leading up to their anti-doping rule violation. An athlete is responsible at all times for whatever enters his/her body. An anti-doping violation occurs whether or not the athlete intentionally or unintentionally used a prohibited substance. There is absolutely no presumption of innocence in the fight against doping.

By the point of having to defend themselves they are faced with economic and logistical hurdles to put up a sound legal argument, and collecting scientific and factual evidence while dealing with the stigma of being touted as “doping cheats” long before their case is heard and determined. A multi-sector approach concerning education for athletes and the medical fraternity, investigation, access to affordable legal representation and public relations is required in order to reduce the number of inadvertent doping cases which contribute to Kenya’s reputation.

Sarah Ochwada is a Retired Runway Model turned Archer, Advocate, Arbitrator and Lecturer. She is a pioneering Kenyan Entertainment Lawyer and is the 1st black African woman to hold a Masters’ Degree in International Sports Law. She was an Adjunct Lecturer at Strathmore University Law School based in Nairobi, Kenya where she has taught undergraduate and executive courses in Sports & Entertainment Law, Media Law, Consumer Protection Law, and Fashion & Beauty Law. She is also a visiting lecturer at ISDE Law and Business school where she has taught International Sports Law at their Madrid Campus, Spain and at Wolfson College, Cambridge, UK. She is Legal Counsel for the National Olympic Committee of Kenya (NOCK), and has been appointed as Arbitrator for the Qatar Sports Arbitration Foundation (QSAF), Football Kenya Federation (FKF), Athletics Kenya and Cricket Kenya. Sarah is the CEO for Centre for Sports Law a non-profit providing pro-bono legal services for the sports sector – specifically representing athletes before the Sports Disputes Tribunal and the Court of Arbitration for Sport. Sarah runs her own private practice – SNOLEGAL Sports & Entertainment Law- a cyber-legal firm focusing on emerging and cutting edge areas of law.