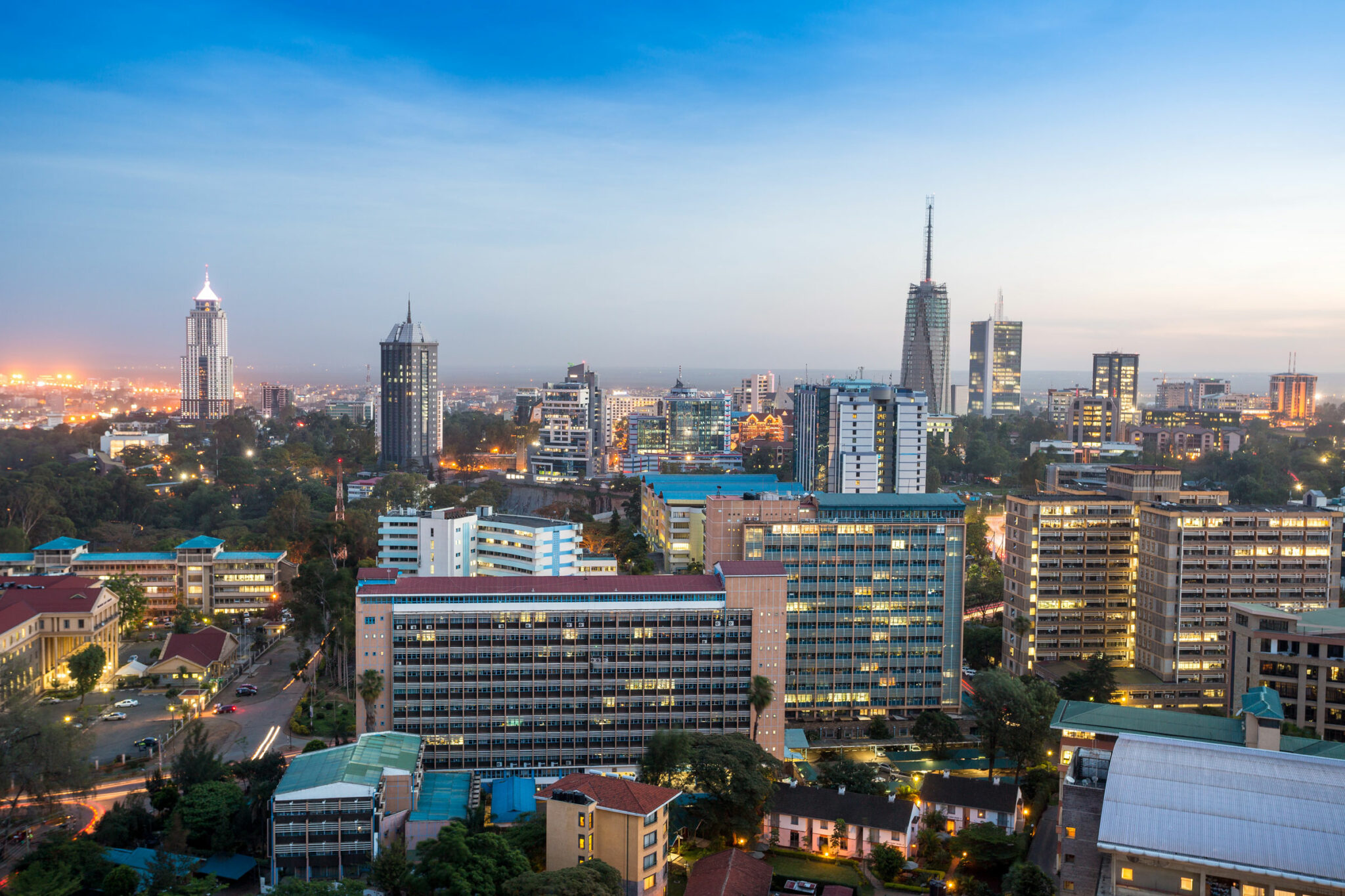 The set-up of the Nairobi International Financial Centre is a major milestone in Kenya’s ongoing efforts to become an Upper Middle-Income Country (UMIC). While its significance will largely become clear with time, the set-up of International Financial Centres (IFCs) generally, often are precursors for market and wealth expansion. Specifically, IFCs support growth of firms by first connecting market capital needs to global finance and matching this to high growth verticals. In this short article I explore this significant trend through five main lenses: conceptual relevance; market relevance (in reference to firms); regional/continental relevance (in reference to Africa’s emerging integrated market); multi-level market challenge for the Nairobi IFC (in reference to bringing MSMEs along); and the role of deepening domestic research to explore high growth market areas.

Conceptual relevance (in reference to the idea of the market): as any market develops there would normally be clustering of high growth market opportunities e.g., as a largely agriculture-based economy develops, opportunities emerge in value addition, distribution and retail. Other examples could be the impact of innovation e.g., within the start-up environment which leads to new capital needs that traditional approaches to finance may not be able to meet.

Also, as a market’s aspirations become more global, the size of capital demands increase, requiring sourcing of capital from the global pool. Kenya’s economic development journey has largely focused on creating base infrastructure and unlocking high growth verticals, with this largely done, the next phase of Kenya’s development journey will be expanding the productive economy by matching large scale capital needs in high growth verticals to agile capital.

This is why the role of the Nairobi Financial Centre becomes even more critical in determining Kenya’s development trajectory. In their analysis of fundamental determinants for the successful realisation of such centres for the Asia-Pacific Region Duc Hong Vo and Nhan Thien Nguyen of Ho Chi Minh City Open University, University of Economics identify three main drivers: freedom to trade internationally, higher education and training; and market size.

Appreciating that Kenya is at a critical point in her growth both internally and in her leadership role in realising the aspirations of the Africa market i.e In 2020 according to the International Monetary Funds’ (IMF) fresh estimates, Kenya has overtaken Angola as the third-largest economy in sub-Sahara Africa. Kenya is now behind Nigeria (1) and South Africa, and the role of the Nairobi International Financial Centre gains strategic policy relevance.

Market relevance (in reference to firms): firms in Kenya are making the case for capital inflows as they resolve market challenges both internally and taking up an active role in shaping opportunities regionally and in the rest of the continent. Specifically, Kenyan firms are defining opportunities in high growth verticals e.g., fintech and value-added agriculture and lobbying policy institutions to develop forward looking policies that are appreciative of this fact. The strategic impact of such conversations is the ability of such firms to attract high ticket financing linked to outcomes. This can be seen in ongoing conversation within the formal market and attempts to structure MSMEs within high growth verticals and matching this to growth vertical. This is partly why Kenyans have been projected to grow wealthier but with a live challenge to ensure that as firms and firm leaders’ growth wealthier, this could be matched to moving the needle on social outcomes and efforts to provide a bare minimum standard of living for all Kenyans. This is why the role of the Nairobi International Financial Centre as a bridge for macro strategy and capital transitions becomes very relevant. With such considerations, the role of the IFC goes beyond capital matching to potentially convening or being part of strategic consideration/conversations.

Regional/continental relevance (in reference to Africa’s emerging integrated market): There is increased conversation about the formation of the future African market especially with/after the launch of the Africa Free Trade Area in March of 2018. Critical components of that future market will include standardisation and expansion of infrastructure, embracing new thinking around alternative forms of financing growth, rethinking the framing and growth options for the productive economy (potential of creating a two-way traffic harmonised economy with clear growth clusters), reimagining the African of the future and their interaction with the market, advancing sustainability as a core driver of value creation and reimagining the African enterprise. Kenya is already leading conversations in most of the areas. The Nairobi IFC hypothetically would sit at a privileged position understanding deeply capital flows within the rest of the continent even as it also actively engages in shaping strategic thought about capital flows within the domestic market. Potentially, this could allow clear matching of growth priorities of local clusters with the emerging continental clusters for the African markets. Consequently, the leaders of IFCs within the African market then would play a caretaker role for this more futuristic market that would be influenced by strategic collaboration of strategic hub markets. Beyond the strategic positioning of the AfCFTA, IFCs in the African continent could provide a platform for more practical market building. This is largely because strategic conversations are good, but only gain traction where these can be tied to a budget line with active capital provision.

Multi-level market challenge for the Nairobi IFC (in reference to bringing MSMEs along): My review of Kenya’s market highlights a multi-level market with varying concerns and needs. There is the formal market which one could estimate makes up about 3%-5% of the market but influences a significant percentage, perhaps above 50%. The next level would be what many refer to as the core driver of the economy, MSMEs and while largely referred to as informal in several policy and knowledge documents, this segment is the largest, perhaps making up 75% of the market, but with limited influence as to the evolution of the formal economy. There is the third segment of the market which largely operates informally and applies varied instruments such as social ties, neighbourhood charters, family ties etc. which influences the character of markets, but is largely left out in formal studies. The eventual success of the Nairobi IFC has to take into consideration the challenge of unlocking Kenya’s MSMEs potential and linking this to the formal market. For this market, the IFC would be interested in being part of or supporting resolution of strategic challenges including: Weakened SME value chains; no targeted approach for capacity enhancement/training; limited access to finances and credit; rapid development in technology and poor preparedness; new laws and regulations; lack of recognizing education and skills developed in the informal sector and informality; and low wages.

Role of deepening domestic research to explore high growth market areas (and the role of data): to be able to project capital needs for high growth clusters the Nairobi IFC would do best to understand scenarios and their varying needs. This would first have to resolve a pressing question of the need to build up domestic research to deeply understand market needs and realities. This offers opportunities for more targeted partnerships between local research capabilities and the IFC. This would perhaps be more targeted in building real understanding of market needs and bringing the right actors to conversations that unlock growth. While the current focus on unlocking the potential for Fintech in Kenya is a commendable focus, the IFC by its ability to view varying cogs of the market would also add significant value in other high growth clusters. In previous research, we identified 15 hub markets that will influence the emergence of the Africa market. Nairobi is one of those markets and its role as a convergence centre of global capital and shaping global conversations will even be more critical. Perhaps placing such a burden on Mr Oscar Njuguna, who was part of the dream team of the Dubai IFC, speaks to Kenya’s bold intentions to shape capital flows for Africa and take up a strategic position in global conversations.

Nairobi and indeed Kenya, by the virtue of launching the Nairobi IFC, is on a high trajectory to achieving the UMIC aspiration as envisioned in the Vision 2030. All the best!