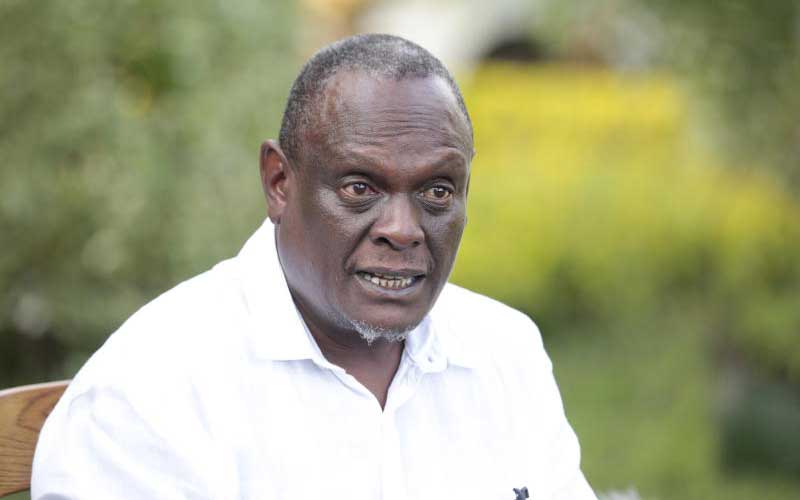 In an interview on Citizen TV on Tuesday, David Murathe traced the origin of his fight with Deputy President William Ruto.

His intention was to show that Ruto was involved in possibly corrupt dealings with the Kenya Medical Supplies Agency, and he tried, but he also revealed something more interesting.

“The Deputy President knows that the feud between him and I when it comes to business started when he brokered for a company that quoted KSh3 billion more than the lowest evaluated bidder for a project in Ukambani,” said Murathe.

The project in Ukambani was the construction of Thwake Dam and the companies involved were two Chinese construction companies. At the time, the dispute appeared to be between then Eugene Wamalwa who was the Cabinet Secretary involved, and the Principal Secretary, Patrick Mwangi.

Mwangi would claim in March 2017 that Wamalwa had ordered him to award the tender for Sh62.3 billion to China Gezhouba Construction Group Corporation and not Sinohydro. From what Murathe said on Tuesday, one of the companies in the tender wars was among his clients.

Whether or not the Deputy President was involved with the Chinese companies, Murathe’s inadvertent admission provides further evidence that elites have acted at the behest of such companies in big tenders in the country.

The extent of bitterness between Ruto and Murathe has become evident over the past two weeks in the interviews with Citizen TV. The Deputy President labelled Murathe an impostor in the party keen on destabilising him and only until he spoke on Tuesday did Murathe confirm they have a fight, but that it stems from sour business.

It has become clear over the past fortnight that the Deputy President is prepared to leave the Jubilee Party and use a different vehicle to contest for the presidency at the next General Election.

Getting a special purpose vehicle for the election is the least of his worries, though. The so-called System aside, the Deputy President will need to play his cards right and going by the nature of Kenyan politics, seek the support of a majority or a significant number of the ethnic blocks.

Businesses looking to profit from political connections and to manage their stakeholders on that front would need to be aware of the relationships between the politicians and the private sector and how to manoeuvre them.