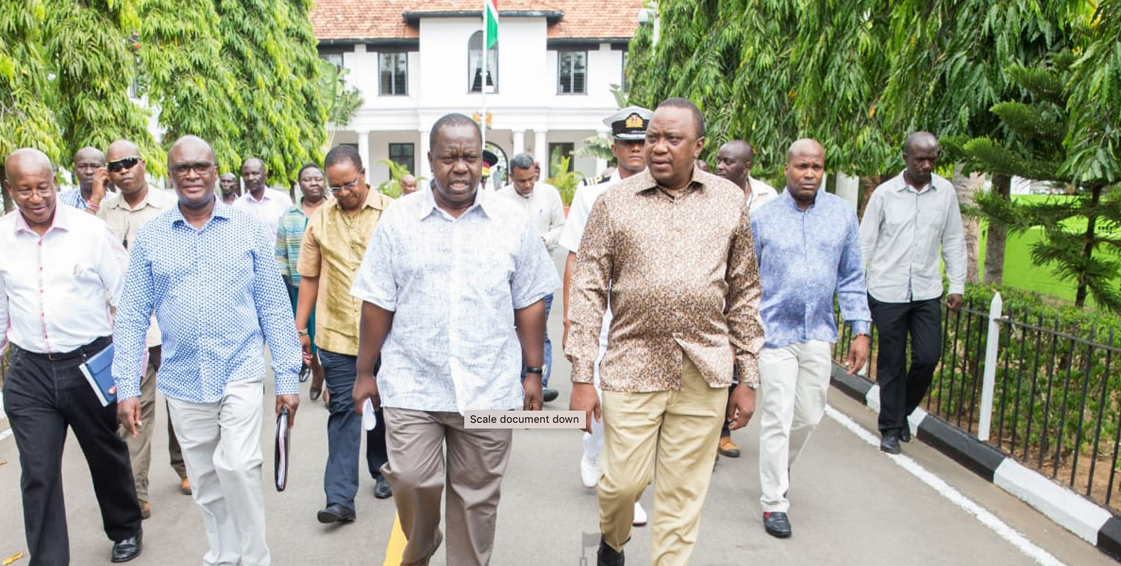 Matiang’i bound to ruffle feathers in his new role

The appointment of Interior Cabinet Secretary Dr. Fred Matiang’i to head a new committee of his colleagues has heightened tension and reignited turf wars within the Cabinet.

The reorganization, in effect, gives the no-nonsense Cabinet Secretary a huge portfolio with powers over security, administration and implementation of government projects.

In his new role, Dr Matiang’i will chair meetings comprising of all cabinet secretaries, Attorney General and Head of Civil Service Joseph Kinyua.

Dr Matiang’i will also be in charge of the National Transport and Safety Authority (NTSA) which has been moved to the already busy and sensitive Ministry of Interior and National Coordination.

NTSA was previously under the Transport Ministry.

The Executive Order by President Uhuru Kenyatta came months after Dr Matiang’i implemented the return of the Michuki Rules to curb road carnage.

However, with the enforcement of these rules, claims arose that he was undercutting Transport Cabinet Secretary James Macharia under whose docket NTSA was.

Despite protests and resistance from matatu industry players, the CS enforced the rules first introduced in 2004, and this perhaps, was a key indicator that he could take on more demanding roles outside his docket.

Dr Matiang’i started off by issuing a memo to Cabinet Secretaries requesting for the inventory of all the projects undertaken.

As chairman, he will be inspecting and managing key government projects, a role previously taken up by Deputy President William Ruto, and which gave him the opportunity to traverse the country and the wherewithal to adopt the name Tangatanga when President Kenyatta pejoratively used the term to refer to his activities.

Dr Matiang’is performance record was underpinned by his successful stint at the Education ministry, where he successfully reduced cheating in national examinations.

His performance in that docket is however haunted by the Ruaraka land issue, where the Ministry is alleged to have endorsed the payment of an individual whose land the government had previously paid for.

A Senate committee had recommended that he be held to account for the alleged loss of public funds but that report was rejected on the floor, with Cabinet Secretaries reported to have been behind the push and pull on the report.

That matter is yet to be concluded.