KQ forecast: Cloudy with a chance of administration 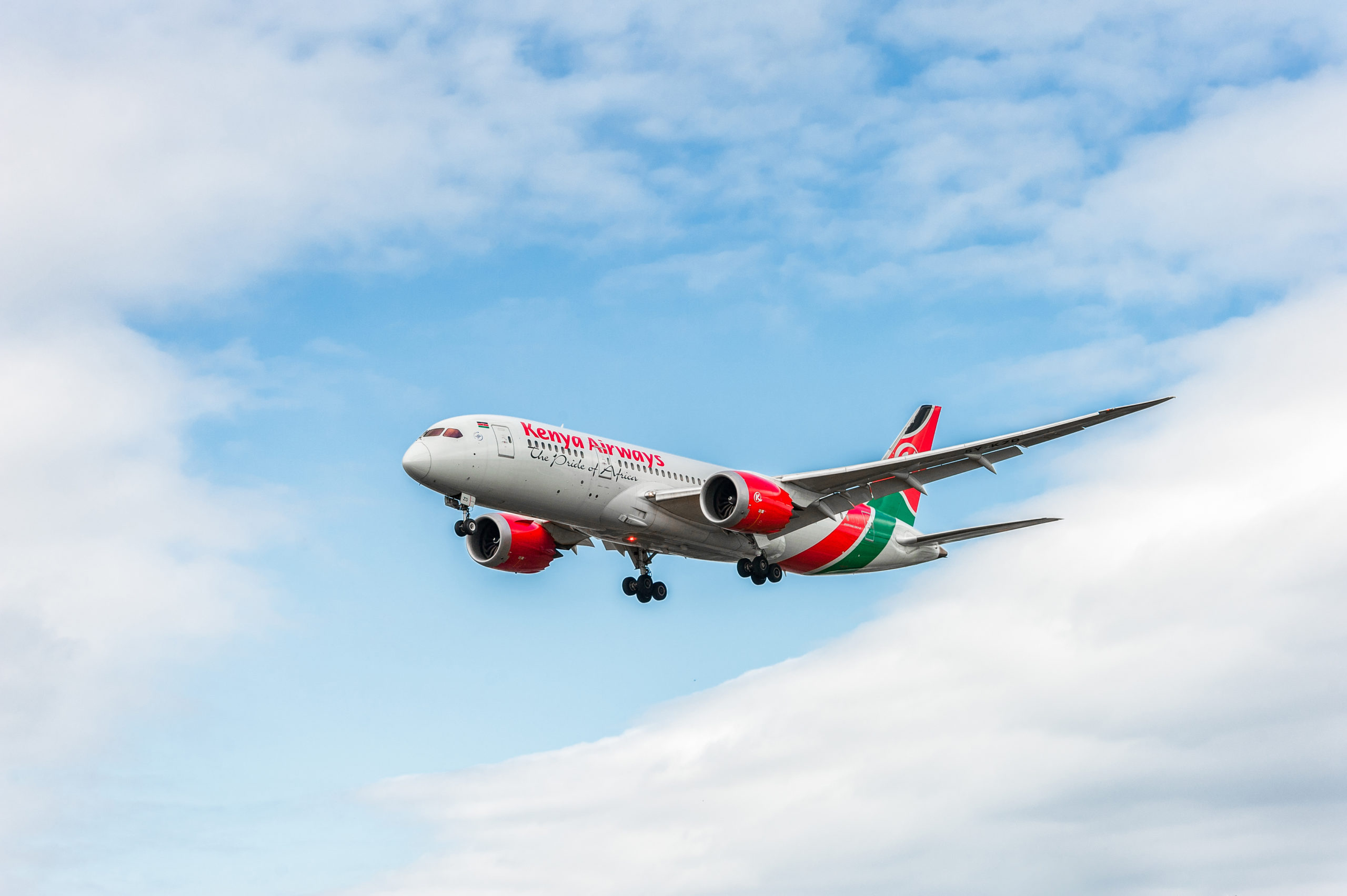 Kenya Airways (KQ) has suffered a turbulent ride in the recent past with the COVID-19 pandemic only sinking the airline further into distress. As a result of the global pandemic the International Air Transport Association (IATA) has forecasted a 29-billion dollar loss from passenger revenues and somewhere in this statistical figure must lie the approximation of 400 -500 million dollars that KQ likely to lose according to the CEO Allan Kilavuka.

Even before the pandemic, there have been discussions on salvaging the struggling airline. The Kenya Institute for Public Policy Research and Analysis (KIPPRA) in a blog titled “Repositioning Kenya Airways on its Feet Fast” mentioned that KQ requires restructuring to guide it towards a growth trajectory through a proposed model that includes delisting, nationalization of KQ and formation of a national aviation holding company. Parliament last year approved the privatization of KQ and the National Aviation Management Bill is currently in parliament. The Bill establishes a holding company where KQ will be a subsidiary of the Aviation Investment Corporation.

The airline has attempted to undertake various strategies that will enable quick wins in its bid to stay afloat. A few of the strategies include converting passenger planes and cargo planes to long haul cargo planes as well as fling to fewer destinations with a leaner fleet. The airline has reported that it is currently only utilizing 37% of its fleet capacity with a reduction of to 30 destinations. Operation Pride which is the turnaround programme by KQ carries a huge human resource restructuring component.

The biggest headache in the proposed restructuring is how to handle its human resources which is largely bound in a tripartite relationship. The most litigious member of the tripartite union is the Kenya Aviation Workers Union (KAWU) which is an affiliate of the umbrella worker’s union, Central Organization of Trade Union (COTU). In the recent past COTU has called for the immediate resignation of the entire leadership of KQ citing mismanagement of the airline.

KQ has  began its operations following the pandemic however its operations may soon screech to a halt if the union actions the hint of instructing its members to go on strike to avert an ongoing retrenchment process geared at reducing the airlines wage bill.

KAWU has had very hard positions on various rescue interventions by KQ that touch on the workforce right from restructuring, redundancy, new employment contracts and even contributed to the heated debate on the recruitment of new CEO.

The main challenge with tripartite labour relationships is that all parties must be involved in decision making regarding human resources for those resources covered under a Collective Bargaining Agreement. The courts may in most instances seem to favour unions however most failures by employers is in failing to involve the relevant union in major decisions, which is against the spirit of upholding tripartite agreements. KQ has the 2014 CBA still in force which calls for the signing of a memorandum of agreement before altering employment terms for affected workers.

For an organisation struggling financially these conversations are usually very difficult and KAWU has quipped that KQ is facing a perennial financial malady. It has been reported that the last time the airline reported a profit was in 2012. Under such circumstances the union will ensure that it fights for its membership to ensure that they get the best deal out of a difficult circumstance. Several entities have all together done away with union headaches by systemically reducing the number of unionized employees.

There are however other commercial options available for KQ shareholders comprised of  48.9 % by the government , a group of 10 local banks  with  38.1 %,  KLM Royal Dutch Airline at 7.8 % and employees at 2.4% while other shareholders hold 2.8 per cent. Treasury Cabinet secretary, Ukur Yatani has been honest that the carrier’s financial issues go beyond the corona-related problems. At this moment it appears that there is no wining for KQ if last year despite increased passengers and revenues the carrier still went into a loss.

Investors and creditors of KQ have legal options that shall allow them to mitigate or cut their losses. If the above stakeholders take up available legal options there is a high possibility that there will be no KQ to haggle over if the current difficult financial position continues. Last year’s losses were  greatly attributed to an increase operating costs that offset growth in revenues and in addition to the challenges was  IFRS 16.

Administration is one such option that allows stakeholders to preserve their interests in the carrier. The Insolvency act lists objectives of administration as follows

The Insolvency Act further provides that a person may be appointed as an administrator of a company:-

Placing of KQ into administration may start to seem as a likely option to get the carrier  out of the current rut the carrier finds itself in. Stakeholders including the KAWU may need to take into consideration the grim options available to stakeholders, because the option is that very soon there may be very little to haggle over.