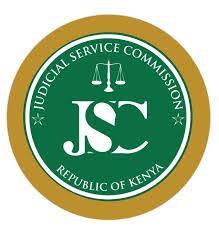 The Judicial Service Commission was established under Article  Article 171(1) of the Constitution of Kenya.

The Commission consists of the following 11 members: