Honourable Kenneth Makelo was elected Speaker of The Senate on 31st August 2017. Prior to his election, he served as the first Governor of Bungoma County on the 4th of March 2013. Subsequently, he was elected the first Secretary of The Council of Governors which brings together All the Forty Seven County Governors of Kenya. He also chaired The ICT committee of the Council and was instrumental in laying a firm foundation for harmonious relationship between the Council and the Media in the Country. During his tenure, Bungoma was ranked number two nationally in terms of performance.

Hon. Senator Kenneth Makelo Lusaka was born on 18th September 1963. He attended Kamukuywa primary school where he sat for his Certificate of Primary Education. He joined Kibabii High School for his “O” Levels before proceeding to Friends’ School Kamusinga for his “A” Levels. He joined Nairobi University where he graduated with a Bachelors Degree in Government and History, Second Class Honours upper Division

A career Civil Servant, Lusaka’s first appointment was as a District Officer in Keumbu, Kisii, which was a very large Division then. He rose through the ranks to become a Personal Assistant to the Provincial Commissioner Rift Valley before being appointed District Commissioner in the expansive Kajiado District. He would be later posted to Marakwet where insecurity posed by cattle rustling was rife. His last field posting in Murang’a was not any better.

Hon. Lusaka became the first Secretary Provincial Administration when the post was created and was appointed Permanent Secretary for Livestock Development in 2009. Under his watch, the ministry has made several milestones key of which was the move from position 43 to 12 under the Government’s Performance Contracting ranking. The Ministry did away with outdated legislation and passed key Bills such as The National Livestock Policy.
His tenure also saw the revival of the Kenya Meat Commission and the creation of two new Parastatals the Leather Development Council (LDC) and The Kenya Animal Genetic Research Centre.

A Successful administrator, Lusaka has continuously demonstrated his ability to mobilize communities to take action in key issues affecting several facets of society. He is innovative; articulate and able to draw attention to pertinent issues affecting the people he has led. He possesses well-honed political instincts and timing, strategically choosing when to lobby, when to use advocacy and when to apply the rule of the law in discharging his duties across the Republic where he has served in dire straits.

As a champion of Devolution- having served as a pioneer Governor- his tenure in Senate is expected to further the Senate's mandate to protect Devolution.

Speaker of the Senate

Article 106 of the Constitution provides that there shall be a Speaker for each House of Parliament who shall be elected by that House in accordance with the Standing Orders.

The Speaker of the Senate shall preside over all debates of the Senate and enforces the observance of the Constitution, the Standing Orders, relevant statute and parliamentary traditions, procedures and practices;

The Speaker administers the oath of affirmation or allegiance to Senators and issues writs for vacant senatorial seats;

The Speaker protects the rights of the minority while making sure that the majority have their way;

The Speaker represents Parliament to the outside world as the branch Chairperson of a number of inter-parliamentary organizations;

The Speaker is the final authority on all matters touching on the interpretation and application of the practice and procedure of Parliament at all times. 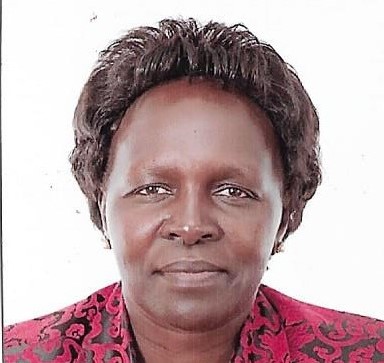