Hon Mucheru is the Cabinet Secretary – Ministry of Information Communication and Technology.

Prior to his appointment as the cabinet secretary for the Ministry of ICT, Mr. Mucheru served as Google “Sub-Saharan Africa Ambassador” (SSA) and Investment Regional Lead- Africa, as well as Google Country Manager Kenya, located in Nairobi. In his role, he led the delivery of strategy, business planning and operations. He was Google's first Sub-Saharan employee and was instrumental in setting up of Google’s presence in Africa. He joined Google in June 2007.

Before joining Google, he worked at Wananchi Online, a company he co-founded in 1999 tasked with various responsibilities in the company amongst, Strategy and Business Director, Chief Technology Officer and Chief Executive Officer. Additionally, he has served as the Webmaster, Technical and Product Development Manager for Internet Solutions (IS) (formally Interconnect Limited) between 1997 and 1999.

Mr. Mucheru is a member of Africa Leadership Network, The National Prayer Breakfast, and the East African Business Summit. Moreover, he is a Director of GiveDirectly and an Advisory Board Member of Mpesa Foundation Academy. He was also a Director of afb, BitPesa, UAP Investments, who are all in the financial technology space. Additionally, he has served as, Chairman/Director of Telecommunications Service Providers Association of Kenya (TESPOK).

Mr. Mucheru was awarded the Moran of the Order of the Burning Spear in December 2010 by president Mwai Kibaki.

He holds a Bachelor of Science in Economics and Computer Science from City University, London. He also attended the Business Executive Programme from Stanford University Graduate School of Business in 2008. 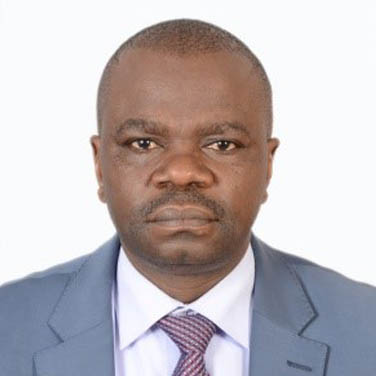 Principal Secretary for ICT and Innovation.