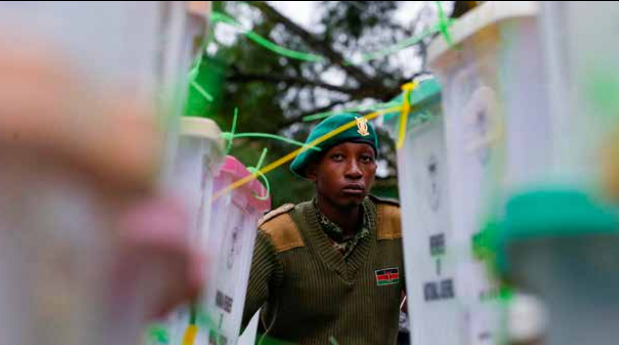 The Sentiment this week sought to analyse some of the institutions and individuals involved in the General Election and how they have emerged from the process.

Wafula Chebukati, the commission’s chairman, had a twinkle in his eye as he encouraged the public and the media to use the publicly available poll forms to carry out their own tally. There had been doubts that the commission’s servers could handle all the images of the Forms 34A sent from the 46,229 polling stations but they did so well that by 12 hours after the end of voting, more than 90% of the forms had been sent on the portal. The same happened when the Returning Officers submitted the Forms 34B with the collated results from the Forms 34A on the IEBC portal. Having the forms available meant that anybody could do their own tallying as the IEBC continued their manual verification of the results sent against the physical forms delivered at the National Tallying Centre. Whatever happens after the winner is announced, the commission will be comfortable in stating that the results are verifiable and that the servers were open to everyone.

Working with a wide range of partners, the commission has been involved in campaigns over the past two years to foster cohesion and prevent election-related violence. NCIC will be happy that these efforts have largely paid off and that apart from the intra-community violence in Wajir, the fatal shooting of a politician’s aide in Kimilili and minor skirmishes reported in some counties, there was not much violence in the poll.

Communications Authority of Kenya and the telcos

The question that had for long lingered over the heads of the regulator and the industry was whether there would be sufficient 3G and 4G coverage to enable the transmission of the results. A week to the elections, the telcos reported that only 730 polling stations were outside the covered areas, and the CA assured that satellite would suffice. There were no reported outages in the network, and no allegations of interference or interception like it happened in 2017, and the institutions are likely to walk away from this unscathed.

Almost all the mainstream media houses had expressed their intention to tally the results as the IEBC made them available. As the results streamed in, it became evident that they were not as prepared as advertised, as they took time to start their tallying and on Thursday, with a few thousand Forms 34A to go, they slowed down. Writing in the Daily Nation on Friday, Nation Media Group Editorial Director Mutuma Mathiu said media houses had not prepared to tally results from the forms filled at the polling stations but from the collated results at the constituency level. Proposals to have joint tallying were undermined by individual interests, which were in turn undermined by the fact that no media house could afford, or was willing to, mobilise the resources needed to ensure coverage at all polling stations. As the local media slowed down, BBC and Reuters were still tallying results and could in the end provide an independent count.

Late Thursday, the Jubilee Party sent out a statement alleging, without proof, that there has been “subtle rigging” by the Kenya Kwanza Alliance. The party claimed that there had been voter intimidation, bribery, illegal displaying of campaign materials in polling stations, mishandling of party agents and the incorrect use of election materials. The party did not provide any evidence and in the end, one could only conclude that the statements were intended to cause tension and cast doubt on the integrity of the election.