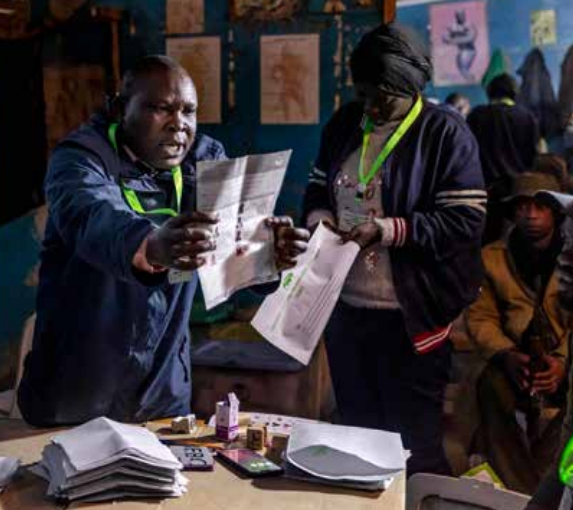 On Tuesday, August 9, Kenyans across the country and in the diaspora headed to polling stations to cast their vote.

Mvita and Nyali constituencies in Mombasa were on Tuesday largely affected by delays, scuffles and poor organisation as Kenyans went to vote. Chaos erupted after UDA and ODM supporters clashed at Tudor Primary School with reports of rigging plots.

On August 9, former Nyali MP Hezron Awiti threatened to sue the IEBC for postponing the governor’s seat election in Mombasa. This came after the IEBC postponed elections for governor seats for both Mombasa and Kakamega counties citing errors in the ballot papers. IEBC Chairman Wafula Chebukati said the new poll dates would be announced through a gazette notice. The commission also suspended parliamentary elections in Pokot South and Kacheliba constituencies.

Kimilili MP Didimus Barasa surrendered to the police after two days on the run. He was wanted by the DCI for reportedly shooting and killing Brian Olunga on August 9. Olunga was a bodyguard to Brian Khaemba, who was Barasa’s opponent in the Kimilili parliamentary race.