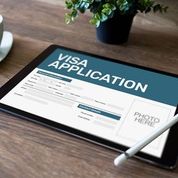 Kenya set to shift to e-visa services in 2021

The Kenyan government on Tuesday, 3 November announced a shift to e-visa services effective 1 January 2021. The Department of Immigration Services said passengers from countries requiring a visa to enter Kenya are expected to have the document before boarding a plane. “We wish to inform you that the 100% e-visa will be effected from 1 January 2021. Therefore, all passengers from countries that require an e-visa to enter Kenya shall be required to apply and obtain an e-visa before boarding an aircraft,” Deputy Director of immigration services, Alicent Odipo said in a statement. The Department of Immigration Services said it has put in place a system for online application, payment and issuance of e-visas for visitors coming to Kenya. Upon successful completion, the applicant will receive an e-visa via e-mail. Upon arrival in Kenya, the traveller should show the e-visa to officials at the port of entry where a hard-copy visa will then be endorsed in the passport. The latest move comes as airports across the world are upgrading their technological solutions to ensure biometric check-ins of travellers in the near future.

KCB Group has reported a 43.1 per cent net profit drop in the nine months ended September, weighed down by a sharp increase in provisions for coronavirus-related defaults.

The country’s biggest bank by assets posted net earnings of Sh10.8 billion in the review period compared to Sh19.1 billion the year before.

“The performance was largely impacted by increased provision on loans and advances in the wake of increased risk of credit default associated with the Covid-19 pandemic,” KCB said in a statement.

The share price closed Wednesday trading at Sh31.80 up from Monday’s Sh30.75, pushing its market valuation to Sh1.27 trillion, the highest since February 12 when the share closed at Sh32.5.

The rise in Safaricom share, which accounts for more than half of combined investors’ wealth at the Nairobi bourse, has send the market capitalisation to Sh2.265 trillion — the highest since early May.

Analysts said Wednesday foreign investors’ interest in Safaricom share is on account that the telco’s drop in performance was minimal compared to what investors had expected.

Kenya has agreed on terms for a post-Brexit trade deal with the United Kingdom (UK), paving the way for the signing of a long-term treaty that will shield East African Community (EAC) exports from tariffs. The two countries announced that they have reached an “agreement in principle” on continuation of duty- and quota-free access of Kenyan exports such as cut flowers and tea after the UK formally exits the 27-member European Union (EU) at the end of the year. Nairobi opened negotiations with London late September after an earlier bid to hold the talks under the six-nation EAC parameters flopped after the majority of the bloc’s partners snubbed the negotiations. Trade secretary Betty Maina said the two countries “have concluded an economic partnership agreement (EPA)” under the stalled EU-EAC EPA’s text which Kenya ratified in October 2016. “We have agreed on a comprehensive package of benefits that will ensure a secure, long-term and predictable market access for exports originating from the EAC Custom Union,” Ms Maina told reporters after the meeting that initialled the trade pact. “Our key exports such as flowers and fresh produce will benefit from enhanced privileges for agricultural goods that confers originating status to EAC exports, even if they pass through EU’s 27 countries.”

The Annual Headline Inflation Rate for the month of October, 2020 has remained stagnant at 3.1 percent as it was recorded during the corresponding period in September, 2020, the National Bureau of Statistics (NBS) has said.

According to NBS Director of Population Census and Social Statistics, Ruth Minja, the stagnation of the headline inflation explains that the speed of price change for commodities for the year ended October, 2020 remained constant as that recorded for the year ended September, 2020.

According to the Bank of Tanzania (BoT) monthly economic review for October, the improvement of the current account deficit was on account of increase in export of goods and a decrease in imports.

The central bank report shows that Tanzania external sector of the economy continued to regain momentum after global impact of Covid-19 pandemic, as trading partners progressively reopen their economies from lockdown.

CRDB Bank has earned global award as the best bank in Tanzania thanks for lender’s innovative and convenient way of reaching and serving customers.

The bank has over the years come up with a number of solutions to better customer challenges especially loaning those without tangible collateral.

Global Finance awarded CRDB the best bank in the country due to its keenly listening and living its motto ‘The Bank that listens’ and improves customers’ challenges.

According to the bank statement issued on Monday, Global Finance named CRDB alongside 34 other best banks in Africa that won country category. The banks in East Africa are KCB in Kenya, Stanbic in Uganda and I&M in Rwanda.

The e-Conomy Africa 2020 report released today by Google and the International Finance Corporation (IFC), estimates that increased access to faster and better quality internet, and Africa’s commitment to creating the world’s largest single market under the African Continental Free Trade Area, could add up $180 billion to the continent’s economy.

The new report indicates that the internet economy has the potential to reach 5.2% of the continent’s gross domestic product (GDP) by 2025 – contributing an extra $180.  The projected potential contribution could reach $712 billion by 2050.

An analysis within the report, conducted by Accenture, found that in 2020, the continent’s iGDP may contribute approximately $115 billion to Africa’s $2.554 trillion GDP (4.5% of total GDP). This is up from $99.7 billion (3.9% of total GDP) in 2019, with the potential to grow as the continent’s economies develop.

Tullow in a statement posted on its website said it is due to receive a further $75m .

British oil company Tullow Oil has completed the sale of its assets in Uganda to Total at $500m.

Tullow in a statement posted on its website said it is due to receive a further $75m when a Final Investment Decision is taken on the development project plus contingent payments linked to the oil price payable after production commences.

Bankers reveal where they will put money after COVID-19

The banking sector is advising investors and other private sector borrowers to re-think their investments and investment plans because the attractiveness of investments to credit has been highly affected by the COVID-19 pandemic.

The pandemic scared lending institutions away from the private sector, mainly the micro, small and medium organisations, as they noticed increased risk levels.

Both large and small scale investors were affected and the extent depended on the sector they’re in, with tourism, aviation, logistics, education and entertainment hit hardest, compared to trade, agriculture and cargo transport, among others.

However, larger companies are considered safer because they are assumed to have fallback positions like suppliers on credit, reserved capital and the ability to attract credit from other sources and even abroad.

Ministry of Innovation and Technology and the International Telecommunication Union (ITU) have signed today an agreement that will enable Ethiopia to host the ITU World Telecommunication Development Conference (WTDC-21) for for the first time in Africa.

The conference will be held from November 8-19 next year.

The postponement of the 2020 Africa Investment Forum to 2021

The Board of Directors of the African Development Bank Group (AfDB) and the Africa Investment Forum (AIF) founding partners have approved the postponement of the 2020 Africa Investment Forum to 2021, due to the ongoing COVID-19 pandemic. The annual three-day investment marketplace was initially scheduled for November 2020 in Johannesburg, South Africa. The decision follows a careful evaluation of the impact and evolution of the COVID-19 global pandemic, the attendant risk of a possible second wave, and its associated effects on global travel, investments, as well as social distancing rules. The Forum will continue to curate new deals, track investments and advance the financial closure of transactions and existing deals through its innovative digital platforms. At the 2019 Africa Investment Forum, 57 deals valued at USD67.7-billion were tabled for discussions. Fifty-two deals worth USD40.1-billion secured investment interest.

The African Union Development Agency (AUDA-NEPAD) and the African Development Bank (AfDB) have released recommendations of a baseline study that looked into the development of a continental energy grid and market. The study, supported by the European Union, is the first step in an ambitious project to create an efficient, competitive energy sector that helps to serve Africa’s vast non-connected population, which is key to the continent’s economic prospects. The recommendations were discussed at a roundtable meeting between the partners, organised by the AfDB on Wednesday, 28 October. The baseline study constitutes the first of two phases of the masterplan. The next phase entails the development of the plan itself. The baseline study goals included: a review of the existing masterplans developed by each of the five regional power pools in Africa; to identify power generation capacity and power demand up to 2063; and to develop the terms of reference for the second phase.

Provider of integrated market access and logistics solutions, Imperial has announced an investment in, and partnership with Lori Systems to expand its e-logistics technology solutions across Africa. This strategic partnership is the first of its kind at this scale and scope on the African continent. The partnership between Imperial and Lori Systems will provide additional support in Lori’s established East and West African markets and facilitate Lori’s expansion across Southern African markets. It will also join Lori’s technology and Imperial’s expertise in logistics to drive similar efficiencies in Southern African markets. The Imperial Venture Fund, managed by Newtown Partners – a United States venture capital firm – recently concluded an investment in Lori Systems to support its growth in East and West Africa. The Imperial and Lori Systems partnership in the Southern African Development Community (SADC) region will help develop and enhance Africa’s road freight industry through digital innovation and enablement.

In an effort to realise its ambition towards meeting the Paris Agreement goals, Sasol is placing a request to the market to collaborate with experienced carbon offset project developers. The aim is to determine the ability of the South African market and South African Development Community (SADC) to generate and make available carbon credits. To progress its climate change ambitions, Sasol is inviting interested parties to participate in a Request for Information (RFI) for the development and implementation of carbon offset projects based in the South African and SADC regions. The closing date for parties to express their interest in writing is Friday, 13 November 2020. The RFI will then be published on Sasol’s Ariba platform the following week. Sasol wants to identify partners that are involved in carbon offset projects at any stage of the development process in the specified regions. Projects must focus on generating emission reductions in sectors that would otherwise not have been incentivised to do so; for example, in domestic energy efficiency, waste and agriculture, forestry and other land use (AFOLU) sectors.

Mauritius is the 20th country to join the African Regional Intellectual Property Organization (ARIPO). On 25 September 2020, Mauritius acceded to the Lusaka Agreement, which is an important step in the country’s goal to harmonise and facilitate the protection of intellectual property in the African region. The Government of Mauritius places a strong emphasis on the importance of fostering creativity and innovation for economic growth and development in the country.