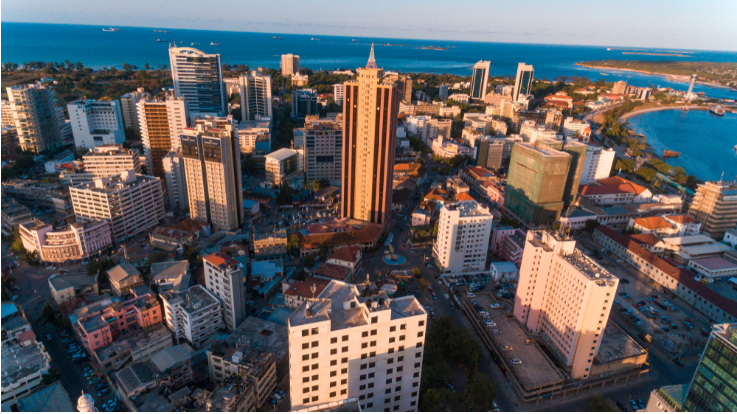 Tech firm to set up regional data hub in Nairobi

Kenya’s data centre market has a new suitor after Europe-based IXAfrica launched plans to build its ‘Africa Campus’ in Nairobi.

IXAfrica chairman Guy Willner said they had chosen Nairobi as their regional expansion Launchpad targeting partnerships with tech entrepreneurs that are helping to onboard local and regional firms into the paperless and automated regime.

Telkom Kenya called out for earning Sh1.7bn on expired licence

Telkom Kenya has been put on the spot for collecting up to Sh1.7 billion from customers using a State-owned fibre optic network without a licence.

A report tabled in Parliament shows that the telecoms firm continued to operate the National Optic Fibre Backbone (Nofbi) — which provides telecommunications connectivity in all the 47 counties — despite its permit to do so having expired in 2016.

The document further says that Telkom Kenya had also failed to surrender to the government half of the profits raised from data service providers using the fibre optic network as stated in the lapsed contract.

Movement of containers on the standard gauge railway (SGR) from the Port of Mombasa has increased by nearly half since the lowering of charges.

The lower freight charges have prompted the introduction of double stack trains that have seen the number of containers rise from 108 to 152 on a single move on each train, reflecting a growth of 40.7 percent

Kenya Railways has reduced freight charges from $600 to $510 for a 20-foot container and from $850 to $725 for 40-foot type from Mombasa to Naivasha effective this month.

Uganda ranked second in ease of access to forex

Uganda ranks second best in Africa in the ease of access to foreign exchange, according to the Absa Africa Financial Markets Index 2020.

The country scored 67 coming behind South Africa, which, according to the index, scored 80.

Uganda’s foreign exchange market is fully liberalised, which offers investors and the general public an opportunity to access foreign currency in banks and forex bureaus.

The Africa Financial Markets Index focuses on a variety of parameters to record openness and ease with which customers access foreign exchange.

It scores countries on a scale of 10-100 on the basis of depth of markets, openness, transparency, legal environment and macro opportunity.

Rwanda was ranked third with a score of 66 while Tanzania and Kenya scored 59 and 57, respectively.

Among the most serious attacks in Uganda last year was the mobile money heist, in which it is alleged telecom companies and banks including MTN, Airtel, Stanbic and Bank of Africa were robbed of Shs7b.  Investigations pointed to an organised network with assistance from staff from Pegasus Technologies, an aggregator.

The Africa Cyber Security report 2019/20 has revealed an increase in remote connection vulnerabilities in Uganda, citing increased working from home due to the pandemic.

The report authored  by the Africa Cyber Immersion Centre Researchers, Milima Security and Serianu Limited, among others, assesses evolving threats.

It found there were increased cyber-attacks in 2020 informed by growing  remote connections, which rose by over 30 per cent in Uganda.

Economy to bounce back to 6 per cent

The Bank of Tanzania (BoT) has said Tanzania’s economy is expected to bounce back to 6 per cent this year from 5.5 percent projected last year.

“Yes, various challenges reduced our expectations but we project the economy to bounce back to 6.0 per cent this year,” said the BoT Economics Department Assistant Manager, Aristedes Mrema during the financial journalists’ seminar taking place in Mtwara.

He said due to the coronavirus pandemic the country reversed and lowered the GDP growth projection to 5.5 per cent from 7.0 percent though the World Bank forecast was low. The 2019 GDP grew by 7.3 per cent and would it not be the covid-19 the country’s economic growth could have hit a new ceiling.

According to the Bank of Tanzania (BoT) Monetary Policy Statement for 2020/21, the quality of assets of banks improved, as the ratio of nonperforming loans to gross loans declined to 9.3 per cent in December 2020 from 10.8 percent in June last year.

The Central Bank also continued to strengthen risk management practices in the financial sector by implementing various policies and regulatory reforms to safeguard the stability of the industry, including directing banks to implement capital restoration plans and adhering to the regulatory requirements.

Rwanda to exploit methane gas for cooking next year

Rwandans could start using locally produced cooking gas from Lake Kivu by the end of 2022 thanks to a project that seeks to process methane into Compressed Natural Gas (CNG).

CNG can be used as a substitute for petrol and diesel fuel as well as liquefied petroleum gas.

Stephen Tierney, the Chief Executive of Gasmeth – the company that will implement the project – told The New Times that despite delays occasioned by Covid-19 and associated shutdowns, gas production will begin before the end of 2022.

The International Monetary Fund backed Ethiopia’s plan to rework its debt under the Group-20 Common Framework after it reached a staff-level agreement with the government on credit facilities, Bloomberg reported.

“To strengthen debt sustainability, the authorities aim to lower the risk of debt distress rating to moderate by re-profiling debt service obligations,” IMF said on Tuesday in a statement.

“In this context, the fund welcomes Ethiopia’s request for debt treatment under the G20 Common Framework.”

The IMF reached a staff-level agreement with Ethiopia on policy measures for the completion of the first and second reviews under the Extended Credit Facility and Extended Fund Facility arrangements, it added.