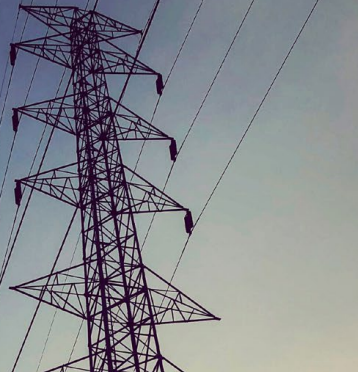 Feasibilty of GOK’s Proposals on Cost of Power Reduction: Are the proposed changes sincere?

Despite the proposal by the Presidential Task force on the Review of Power Purchase Agreements to reduce the cost of electricity, the government is likely to come across headwinds.

The government will have a hard time reducing the cost of electricity by 33% because the review and renegotiation of the PPAs can only be done within existing contractual terms. Thus, it would be difficult to imagine Independent Power Producers (IPPs) agreeing to reduced tariffs which were determined on the basis of the GOK prescribed feed-in-tariff or through open and transparent procurement processes. Moreover, it is based on these contractual terms that some of the IPPs may have entered into debt service covenants with third parties based on projected returns on investments.

Further, it has been speculated that the move by the Executive, while admirable, is mostly political – seeking to win over the masses in view of the forthcoming General Election. Notably, the President is precluded from seeking a third term by dint of the Constitution, however, by increasing his popularity, he would potentially be a force to reckon with in deciding his preferred successor.

That said, in relation to the proposals made, the majority of PPAs are negotiated with the foresight of political risks, including unilateral decisions to reduce tariffs. The government insulates investors from such risks and any move made to contradict or threaten the terms agreed upon would expose the government to claims made against it, which it would be most likely bound to honor.

Another unfeasible recommendation/directive is in regard to the immediate suspension of all ongoing and pending negotiations with independent power producers. Why is it impractical? This is because of the potential supply gap that would arise, especially in underserved areas. Whereas there is a general oversupply in some areas across the country, rationalization of projects under development and negotiation based on their locations vis-à-vis projected demand and other strategic considerations will have to be undertaken by KPLC to ensure that the country does not fall into a generation deficit position in the short to medium term.

Also, PPAs are not the usual standard contracts; many take time and resources to negotiate, with investors in most occasions putting together financial and cash intensive assets before the conclusion of negotiations in view of a legitimate expectation that a PPA will subsequently be entered into with KPLC. Cancelling negotiations would further expose the government either under Kenyan administrative/public law or pursuant to rights afforded to such investors under any applicable bilateral investment treaty.

Given that the government is hoping to implement the 33% reduction by December 2021 the practicality on the steps proposed is wanting. Further, nothing precludes the aggrieved IPPs and other stakeholders from seeking injunctive orders from court stopping the government from implementing some of the proposals in the immediate which will inevitably slow down the process. In addition, even if the Executive were to choose to ignore such court orders, they are bound by contract and will have to find means to settle with the aggrieved parties, a potentially expensive exercise for the government.

Such are the concerns in the mind of Kenyans since the presentation of the Presidential Taskforce Report on Review of Power Purchase Agreements on September 29, 2021, proposing a 33% decrease in energy cost. In the Weekly Vellum dated October 01st 2021, we highlighted the taskforce’s recommendations on how to achieve this.

Whilst the full report has not yet been publicized, the Executive has nonetheless been swift to be seen to be taking action to implement the recommendations, with the Cabinet Secretary for Interior, Dr Fred Matiang’i, who also serves as the Chairman of the National Development Implementation and Communication Committee (NDICC), issuing the following directives on Thursday October 7, 2021:

While lauding the holistic approach proposed and bringing together several agencies to support the reform process, still, the question raised above persists.