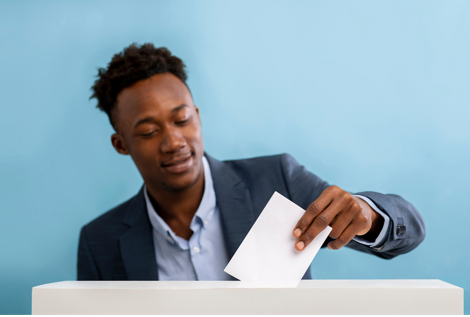 Kenyans can expect to receive an influx of political messages as we approach the August 2022 General Election. Most political aspirants and candidates will seek to capitalize on the campaign period through use of bulk political Short Message Service (SMS).

Unlike past experiences, the 2022 campaign period will be conducted against the backdrop of the Data Protection Act, 2019 (the Act) and the operationalisation of the Office of the Data Protection Commissioner (ODPC). Further, the Communications Authority of Kenya (CA) in consultation with the National Cohesion and Integration Commission Kenya (NCIC) had previously issued guidelines in July 2017 on the Prevention of Dissemination of Undesirable Bulk and Premium Rate Political Messages and Political Social Media Content via Electronic Communication Networks (the Guidelines). The guidelines apply to all Mobile Virtual Network Operators (MVNOs), Content Service Providers (CSPs) and Mobile Network Operators (MNOs).

The Act is a breath of fresh air when it comes to the protection of personal data relating to Kenyans. It requires the consent of a data subject before processing their personal data. To this end, consent in the form of opting in will be mandatory before sending out political messages to individuals.

Kenyans have in previous election cycles complained of being bombarded with unsolicited political campaign messages sent via SMS. Often, the recipients would wonder how their contact details had been obtained and on what basis they were receiving the political messages. In some instances, hateful and inflammatory political messages aimed at inciting certain segments of the populace would be sent to unsuspecting Kenyans. Given the coming into force of the Act and the requirements outlined in the Guidelines, can Kenyans now expect to see a change in how political messages are disseminated?

We summarise below the Do’s and Don’ts on bulk political messaging as outlined in the Guidelines:

The ODPC recently faced sharp criticism for taking a ‘soft’ approach when Kenyans took to social media to protest, following revelations they had been registered as members of political parties without their knowledge and consent.

As Kenyans become savvier about their data privacy rights, it remains to be seen how the CA, NCIC and in particular ODPC will react to dissemination of political messages that are non-compliant with the data protection provisions under the Act as well as the requirements under the Guidelines.