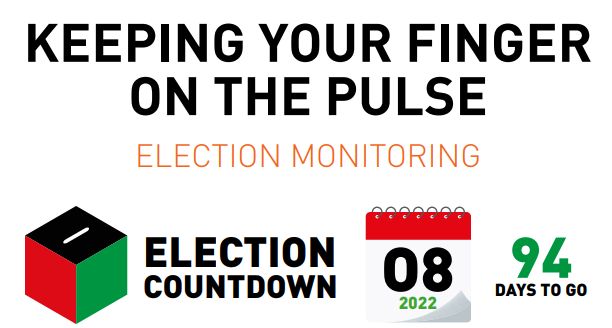 The Director-General of the William Samoei Ruto (WSR) Presidential Campaign issued a press release on Thursday, May 5, 2022, expressing concerns over a video clip of ICT Cabinet Secretary Joe Mucheru pledging his allegiance, committing public resources and institutions, and declaring state support for Azimio la Umoja and its project.

The press release expressed the critical role the Ministry of ICT plays in supervising and overseeing the Communications Authority of Kenya (CAK). CAK provides the technological framework for IEBC to conduct digital registration, digital tallying and relaying of results electronically, which affects the verifiability, transparency, accountability and credibility of elections as per the Constitution. Therefore, the WSR team alleges that the conduct of CS Joe Mucheru is not an isolated incident, stating that there is a trend by cabinet secretaries to  attempt to pursue impunity, circumvent the rule of law, corrupt public institutions, facilitate the commission of criminal offences and subvert Kenyan democracy.

The press release finally calls upon the IEBC to take decisive action against those who commit election offences including, CSs Mucheru, Matiang’i, Wamalwa, Munya and Kagwe for continuously breaching Section 15 of the Election Offences Act 2016.