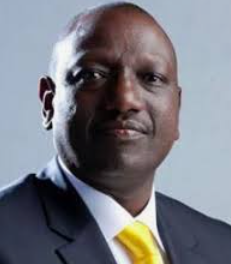 The latest salvo from Deputy President William Ruto will add to the sentiment that the Jubilee Party is in its last days.

In an interview on KTN News, Mr Ruto criticized the suggestion that the ruling party could merge with the Orange Democratic Movement but then suggested that his wing is ready to move on without Jubilee.

“How do you take a party that has more than 200 MPs, senators and governors, without an iota of consultation … without a single meeting … [and merge it with ODM]? It does not matter how little you think of the people in the party. They deserve reference and to be informed and involved in such a momentous decision,” he said.

The party is already in enough trouble without the sentiments from the man who was once its de facto deputy leader.

There have been losses in by-elections in Juja and Murang’a and the troubles have been compounded by warnings from Kiambu Governor James Nyoro that they could lose in Kiambaa because of bad strategy.

While the party is now seen to be in the hands of returned vice chairman David Murathe and Secretary General Raphael Tuju, there has been little to show that the President is interested in its future beyond his retirement.

Jubilee’s death or dormancy would mirror the fate of other parties whose candidates have ascended to the presidency. Ironically, the most organized party today, Raila Odinga’s ODM, has never been successful in this regard, and its likely candidate has been hesitant to declare his stand on the next General Election.

As he departs, it has been evident that the Deputy President will head to the United Democratic Alliance (UDA), which has been spruced up and is going out of its way to make a mark and get its credentials in order.

Getting a party together for the elections is a tall order, and finances are crucial, even as the potential and actual party heads jostle for positions and power.

For the organization of UDA, there are already MPs opening offices using their own money and looking to build their political muscle around themselves on the ground. The efforts to impress the party leader mean that the politicians have to go out of their way to win crucial support and align supporters and mobilisers. There might be grassroots elections later, and that comes with inherent risks.

The upshot of this is that the Deputy President will be looking to set up a vehicle for the election, and with it, there will be political activity at various levels.