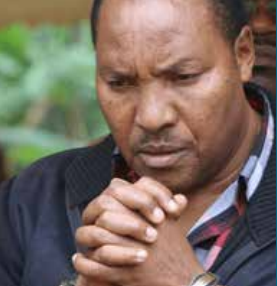 Despite a slow justice system, Waititu’s goose appears to be cooking

A bank official testified this week that a company owned by former Kiambu Governor Ferdinand Waititu received kickbacks from a contractor.

Using statements, cheques and other documentation, the Equity Bank employee said he helped investigators piece together the transactions showing Waititu received the money from the contractor.

Kenya’s slow justice system has been criticised for favouring those who can afford good lawyers to game the system, but Waititu’s case could prove to be a weighty catch for the criminal justice system. Like a juggernaut, it rolls on, steamrolling the credibility of a man who boasted amongst the highest number of votes cast for an elected official in a single voting unit in Kenya’s history.

A series of legislative and administrative decisions have come together to make it possible for investigators to put together a paper trail like the one in the case. Among the key ones is the regulation that transactions over KSh1 million cannot be done in cash, which means that when a large amount is at stake, the options are limited.

It’s a practical case for the politicians promising to, in the now-hackneyed term, deal with corruption, and a good example of what can be done to enable action on a vice that appears hard to eliminate completely.

For President Kenyatta, who was reported to have wanted to have a big fish jailed and made an example of, his former friend Waititu might just be the man, even if that happens after August.