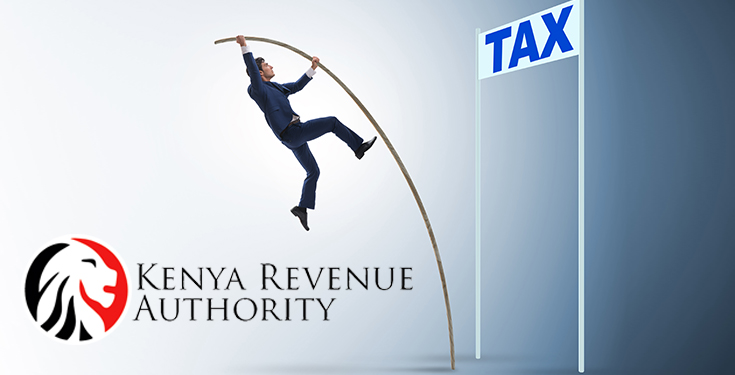 Tax crimes such as tax evasion and corruption are top on the list of factors that substantially continue to impair revenue collection efforts across the world. In the process, colossal amounts of money; in billions of dollars, are lost every year.

In an article published by The Borgen Project in 2019 titled Tax evasion in Sub-Saharan Africa, the Organisation for Economic Co-operation and Development (OECD) estimates that Africa loses $50 billion annually to tax evasion.

Given the depth of tax crimes as an impediment in economic growth, there is a dire need to tighten the noose on the vice by all means possible. Closer home, the fight against tax evasion has in the recent past taken a different approach whose end goal is to decimate the vice as effectively as possible. Notably, combating tax evasion is one of the Kenya Revenue Authority’s (KRA) top priorities for enhanced revenue collection and in the long run, a complete stop to the menace.

In the new approach to combating tax evasion and other tax related crimes, KRA is leveraging on the immense potential of intelligence gathering and analysis, among other strategies. Information gathering and analysis at KRA is anchored on the intelligence management function which has been key in the collection of information relating to tax evasion, cyber-crime and corruption. The function has continued to enhance capacity to penetrate and quash tax evasion cartels.

According to the outcomes registered lately, intelligence-driven fight against tax evasion has proved to be among the best strategies whose efficacy in bringing down the intricate tax evasion webs is unmatched. In the 2019/2020 financial year, for instance, KRA successfully foiled tax evasion schemes which could have seen the government lose approximately Ksh. 259 billion. Through intelligence gathering and analysis, KRA also managed to profile 1,309 individuals for tax purposes in the financial year that ended in June, 2020.

In the same period, 367 tax evasion cases worth Ksh. 65.93 billion were filed. From the cases, 303 were prosecuted for tax fraud. This translated to a performance of 51%. In the process, KRA recovered Ksh. 62.8 billion in revenue.

The Intelligence and profiling office has further given KRA an upper hand in tackling other vices such as illicit trade. Illicit trade equally account for a monumental share of government revenue that ends up in the insatiable pit of tax evasion. Through intelligence management, KRA in collaboration with multi-agency teams have made 100 interceptions of assorted illicit products within the 2019/2020 financial year. The intercepted products were valued at Ksh. 1.2 billion and largely comprised of electronics, alcoholic, cigarettes and assorted food products.

The adverse effect of illicit trade is threefold. First, it denies government a fair share of revenue as one of the primary motives behind illicit trade is tax evasion. Secondly, goods traded illicitly are potentially hazardous to the unsuspecting consumers. Thirdly, illicit trade stages unfair competition to compliant business ventures. This explains why the vice has to be combated by hook or crook.

Strategic collaborations on tax crime information sharing with local and international agencies are further bolstering KRA’s capacity to tear down tax evasion networks, both locally and beyond our borders. The collaborations are anchored on conventions developed by internationally recognised bodies. This year, for instance, Kenya ratified the Mutual Administrative Assistance in Tax Matters (MAC) or “The Convention”.

The convention was developed by the OECD and the European Union in 1988 and amended in 2010. The OECD cites “The Convention” as the most comprehensive available instrument for all forms of tax cooperation to tackle tax evasion and avoidance. The convention will come into force in November 2020 and exchanges of information for tax purposes commence in January 2021.

Ratification of “The Convention” presents Kenya with an opportunity to exchange tax information with over 130 countries in the world thus making it easier to trace cross-border tax evasion practices. In the past, KRA has relied on the existing Double Tax Agreements (DTAs) in obtaining tax information. As a result, KRA has made 29 requests from various countries in pursuit of various taxpayers.

The commendable progress made so far can only mean one thing: the days for tax evasion perpetrators are continually diminishing. Through such collaborations, the country is now better equipped to emancipate tax revenues trapped in the intricate web of tax evasion schemes.

In addition to the aforementioned tax evasion combating mechanisms, KRA has put in place a whistle blower framework which empowers members of the public to anonymously report tax evasion and other cases of tax crime. Any information presented to KRA under this framework is treated with utmost confidentiality.

Where the information on tax evasion brought forward assists in tax recovery, the whistle blower gets five percent (5%) of the total taxes recovered or two million shillings, whichever is lower. Existence of the whistle blower framework means that we all have a responsibility to cut the tentacles of tax evasion. KRA urges members of the public to report such cases by sending an email to iWhistle.kra.go.ke.

Therefore, as the concerned agencies put in place relevant measures to combat tax crimes, patriotic citizens also have a significant role in combating the vice.