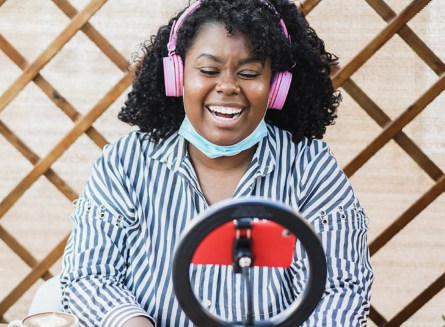 Brands have since time immemorial invested in every opportunity available to enhance their presence and reputation among the target market. Maintaining a good reputation and presence is among key priorities for every brand.

While a number of years ago brand consciousness was perceived a private sector concern, this has since changed and it has now been a race for the best brand, whether state ran or otherwise. At the same time, brand marketing strategies have continued to evolve, largely aligning with the contemporary practices. Brands are gradually shifting sole reliance on traditional marketing methods to emerging marketing trends.

The proliferation of the new media, popularly known as social media has opened a floodgate of opportunities way beyond what could have been imagined a few years ago. At the onset, social media platforms like Facebook were primary meant for creating and maintaining social networks among the users. With time, these social media sites have morphed into indispensable avenues that most companies and organisations are leveraging on to keep the brand flame burning.

In addition to being a key remote customer service touch point for companies and organisations, use of social media platforms has revolutionised marketing as a tool for brand promotion. Proliferation of social media use has been accelerated largely by the exponential uptake of internet usage which has in turn triggered an equally high social media subscription.

According to Digital 2021: Global Overview Report, 4.2 billion people, which translates to nearly half of the world, use social media. The report lists Facebook, Twitter, YouTube, Tiktok and Instagram as the top social media sites with the highest subscription across the world.

Closer home, the above report puts the number of social media users in Kenya at 11 million as at January 2021. The survey further notes an increase of 2.2 million social users in Kenya between 2020 and 2021. With the enhanced access to internet connectivity, the numbers can only keep skyrocketing as time goes by.

Given the massive following coupled with immeasurable influence most social media content creators command online, it is very important for brands to pay keen attention to the brains and talent behind this landmark phenomenon. Leveraging on social media content creators is a tremendous complement to the conventional marketing strategies such as electronic and print media.

Essentially, online content creation is not here to drive away brands from conventional marketing strategies but rather to bridge the inherent gaps that come with the latter.

As alluded to earlier, social media content creators have availed a golden opportunity with a huge potential to catapult brands to greater heights. This potential is anchored on two major factors which include wide audience reach and witty but relatable content which dovetails with the intended message.

Apart from basic marketing for brands, social media has to a significant extent also transformed the perception the public has or had towards certain brands. Kenya Revenue Authority (KRA) for instance, has for the longest time been perceived as a big brother with a stick probably because of the nature of business the agency is in. However, thanks to social media and a host of other factors, taxpayers from all walks of life have gradually put a face to KRA thereby improving compliance significantly.

For example, when news broke recently that KRA was trading its eyes on social media users whose lifestyles were incommensurate with the taxes they pay, a myriad of reactions erupted. The subject has been the talk of town for a while now. What would have ideally sparked uncertainty and fear of the taxman surprisingly saw higher tax compliance from taxpayers in a short span of time. The story was carried on various social media platforms in the form of memes and skits. Within a week after the story aired, there was a 60 per cent rise in the number of tax compliance certificate applications lodged on the iTax platform.

The above illustration underscores the significant role that online content creators are playing in positioning brands through social media. Brands should therefore embrace this new phenomenon not only to position the brands but also to educate their target clients.