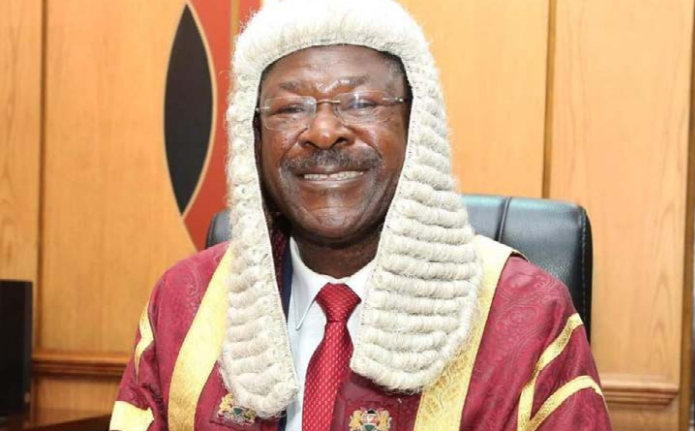 The Azimio la Umoja One Kenya Alliance has vowed to challenge the ruling made by Speaker of the National Assembly Moses Wetang’ula which declared Kenya Kwanza as the Majority Party on Thursday’s afternoon sitting.

This came after a heated debate by members who were anxious regarding which of the two major parties would take the leadership of the House.

In his ruling, Mr Wetang’ula faulted Azimio la Umoja-One Kenya Alliance saying that it was not the Majority Party as a section of members had said.

“The Azimio la Umoja One Kenya Coalition political party nominated members under the names of its constituent parties,” he said.

“In a letter written by the member of Ugenya David Ochieng terminated its membership with Azimio,” Mr Wetang’ula said.

He added that in some letters received from a section of members who voted in the PAA party ticket had distanced themselves from the Azimio coalition.

“It is indeed an established parliamentary practice that the Speaker is not a mere conveyor belt of information. The Speaker must apply his mind to any communication document before it is presented to the house or admitted for use in the house,” Mr Wetang’ula said.

He further faulted the coalition agreement deposited at the registrar saying that it had errors.

“Surprisingly, the Registrar of Political Parties this morning submitted to me documents said to be the certified copies of the coalition agreements for Kenya Kwanza and Azimio more than six weeks after the request by the clerk,” the Speaker added.

“You will agree with me honourable members that there would be chaos in this house if I was to make rulings on the basis of unauthenticated, unverifiable and inadmissible documents that affect the rights of members,” he said.

In his declaration, Mr Wetang’ula said that Kenya Kwanza now has 179 members in the National Assembly against Azimio’s 157.

“This by implication means that Kenya Kwanza is the Majority and Azimio is the Minority,” Mr. Wetang’ula ruled.

What next after the ruling on Majority Party?

Azimio la Umoja-One Kenya threatened to challenge the Speaker’s ruling saying that they are the Majority Party in the House.

They denounced the Speaker’s ruling saying that it was manipulated by the Executive.

“This is the capture of the Parliament by the Executive. It has begun. It is for the first time that a Speaker in his place is removing members of parliament from one party to another party. He has become the registrar of political parties,” Suna East MP Junet Mohammed said.

The Azimio politicians also faulted the Registrar of Political Parties saying that she failed to undertake her mandate. They said that they would challenge the Speaker’s ruling and fight what they termed as dictatorship.

“As Azimio la Umoja we must stand together to fight dictatorship in whatever shape, color,” ODM chairman John Mbadi said in a statement.

On the other hand, Kenya Kwanza asked the Azimio team to let the issue settle down and take the opposition side.

“The enemies in the House are those who were opposing the same. So, we need to move with speed, accept and move on,” a member said.

It is still unclear on whether the Azimio la Umoja team will head to the court over the issue and if they go to court what will be the implications of the rulings by the court?

In a case where Kenya Kwanza is deemed as the Minority Party, will they obey the court’s ruling? Remember, President Ruto has been on the forefront supporting the Judiciary. In fact, immediately after he was inaugurated, he swore in the six judges of the high court whom President Kenyatta failed to appoint.

Is this a test of allegiance?

If the Judiciary rules in favor of Kenya Kwanza, then the Parliament will move on with its critical undertakings among them vetting and inaugurating the Cabinet Secretary nominees.

The Speaker communicated to the House that President Ruto had officially submitted the names of 24 individuals he had nominated to be part of his Cabinet.

The Clerk of the National Assembly will then communicate to the nominees and the public of the venue and time of vetting by advertising in local dailies and the parliamentary website.

The Committee on Appointments will then commence the approval hearings and is expected to table its report in Parliament on, or before October 27, 2022.

As per the law, the National Assembly will be required to consider the report from the Committee within seven days of receiving it. This will be on, or before November 3, 2022.

The House will then adopt the committee’s report and if the nominees are approved, parliament will communicate their decision to the President.

The CS nominees will then be sworn in thus becoming substantive office holders and members of the Cabinet.