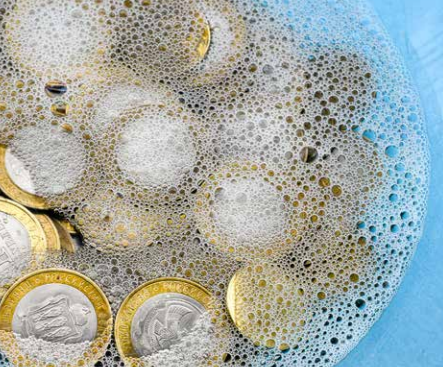 The balance between the protection of the right to privacy and enforcing anti-money laundering laws will once again come to the fore as Parliament works to seal loopholes in the current legal framework.

Kenya is considered one of the major money laundering jurisdictions in the world. However, the Proceeds of Crime and Anti-Money Laundering Bill, 2021 seeks to strengthen the country’s Anti-Money Laundering Laws by expanding the scope of reporting requirements. The Bill designates advocates, notaries and other independent legal professionals who are sole practitioners, partners or employees within professional firms as reporting persons.

Previous attempts of this nature have been resisted by lawyers, with the profession deploying its members in Parliament to shoot down the provisions.

These persons, if the Bill is approved as is, will have an obligation to monitor complex unusual, suspicious, large transactions. They will also be required to pay attention to all unusual patterns of transactions as well as insignificant but periodic patterns of transactions which have no apparent economic or lawful purpose. The obligations will apply when the persons act for their clients in circumstances such as buying and selling of real estate, managing of client money, securities or other assets, organization of contributions for the creation, operation or management of companies and creation, operation or management of buying and selling of business entities.

Notably, the Bill also proposes to limit the rights to privacy as far as prevention, detection and investigation of money laundering and financing of terrorism is concerned. It also seeks to give the Financial Reporting Centre the authority to interrupt a transaction where the Centre has reasonable grounds to suspect that a transaction is suspicious within a period of five working days.

Concerns have been raised to the effect that the proposed amendments will have on various legal principles including client confidentiality, constitutional rights and criminal law principles and procedures. While money laundering is one of the major problems facing law enforcement today, people’s privacy rights need to be balanced against the need for physical security and effective law enforcement.

People value their financial privacy albeit more compared to other areas. The concern mostly emanates from the fact an analysis of someone’s bank records may reveal much about an individual as the bank transactions directly mirror the individual’s lifestyle as well as personal interests. For instance, with access to the financial records, one can be able to decipher the groups and associations to which an individual belongs to through membership payments or contributions as well as their shopping habits. Furthermore, credit card records can reveal a person’s movement to different towns and even states.

While the deprivation of illegal proceeds is needed in order to reduce or control the financing of terror activities among drug trafficking among other crimes. The reporting of suspicious transactions and cash transactions or the disclosure of financial records should be done confidentially and under the stringent observation of data privacy standards. Though the anti-money laundering provisions and data privacy are divergent as essentially, anti-money laundering requires the sharing of data while data privacy requires minimizing the collection and processing of data, reporting persons can rely on innovative technologies that are designed to preserve data privacy.

In conclusion, although the issue of privacy rights and confidentiality is a delicate and controversial matter, the legislators while considering the Bill should make an effort to establish an appropriate balance between the privacy rights as set in the Constitution and the need for strong and effective anti-money laundering laws.