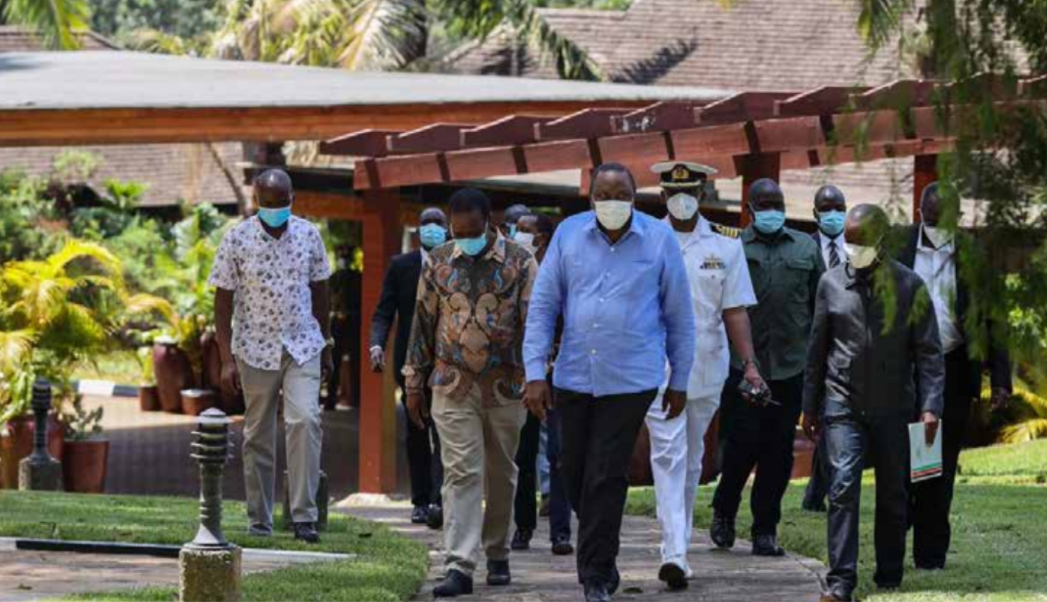 After Sagana, gains for the BBI

Last week’s meeting at Sagana State Lodge was primarily meant for the President to talk to leaders and elected representatives from the Mount Kenya region, but the net effect extended beyond.

One of the main beneficiaries of the meeting was the Building Bridges Initiative, which is currently being considered by the county assemblies.

While it had been predicted that there would be a contest between the Yes and No camps in the regions, the President offered a sweetener that appears to have changed everything – a KSh2-million car grant for Members of County Assemblies (MCAs).

This proposal was swiftly backed by Raila Odinga in a meeting with MCAs from ODM, and the wind left the sails of the No team, which has the covert support of the Tangatanga team.

Deputy President William Ruto, the de facto head of the Tangatanga team, has so far resisted the temptation to become the political head of the No team. The No team has fashioned itself around a coalition of individuals – Martha Karua, Dr David Ndii –  and activists – Jerotch Seii, Daisy Amdany – and launched their campaign this week. They have the support of the Tangatanga team, which insists that a multiple choice referendum would be the best way to separate the wheat from the chaff in the bid to amend the Constitution.

This week, National Assembly Speaker Justin Muturi, who is also looking beyond 2022, suggested that the multiple choice route would not be taken and interpreted the Referendum Bill and the Constitution in a way that removes the need to have 90 days between the First and Second Reading and the Second and Third Reading of the Bills to change the supreme law.

Whether the MCAs will have the loans they took to buy cars commuted to grants is another story altogether, with former Nyeri Woman Representative Priscilla Nyokabi suggesting at a Thursday meeting that there are more decisions beyond the declaration by the President.

For now, the BBI looks unstoppable, although it is evident to its backers that they are yet to win hearts and minds in the way they would prefer.