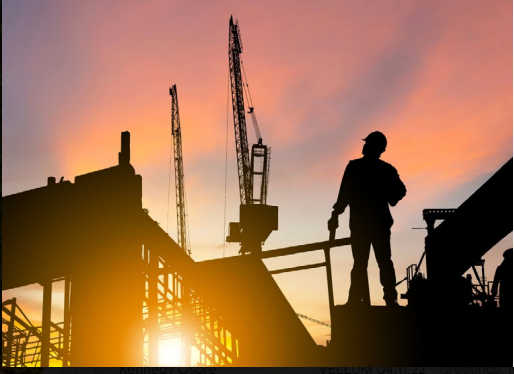 One of the fundamental social and economic rights is housing, which is established in our Constitution. During his inauguration as the fifth President of Kenya, Dr William Ruto, in his speech, outlined specific areas which are a priority for his administration in the next five years. In every public meeting ever since, he has continued to breakdown his vision in what his UDA Party or the Kenya Kwanza Coalition dubs as the “The Plan” (The Coalition’s Manifesto).  The President seems to ride a lot on the goodwill by his predecessor on affordable housing, while still aiming much higher than what was achieved across the past tenure.

Kenyans stare at a lifetime chance of ending government rhetoric and actual work being done to accompany the many public statements being made by the new regime. The President has a great bias for affordable housing initiatives. Remarkably, he has commissioned several of such projects, and it’s not hard to miss a word on affordable housing wherever he gets a chance to share his vision since his 1st day at the helm.

Recently, the President expressed intentions of growing investment in the next five years to KSh1 trillion though the Sanduku initiative. The initiative will bring together the pensions industry, insurance firms, Saccos, cooperatives and Islamic finance institutions to support the government’s plan for significant infrastructure initiatives and affordable housing with a KSh500 billion investment in the first year, and then distribute the remaining amount over the following four years.

The Sanduku project will prioritise the Railway City Development, Nairobi International Financial Centre, Kinanie Leather Park, and Makongeni Modern Suburb among other public-private partnership initiatives. President Ruto stated that this would enable small business owners to invest in the real estate sector since the project would be listed on the Nairobi Securities Exchange (NSE).

The government revealed plans to build a mega metropolis for US $270 million in October 2019. Draft designs for the “Railway City,” which would witness the growth of Nairobi’s CBD, have already been made public, clearing the way for project implementation. In order to reduce traffic and spur economic growth, the project sought to rebuild 425 acres of central Nairobi. According to the Court, the Nairobi Railway City is a key initiative in the UK-Kenya Strategic Partnership, which was adopted by President Kenyatta and UK Prime Minister Boris Johnson at the 2020 Africa Investment Summit.

The accord was first agreed upon in London two years ago by President Kenyatta and Mr Johnson. Railway infrastructure would receive the majority of the Sh17.6 billion budget. The Central Railway Station and a business complex with two 5,000m2 buildings are also included in the first phase.

This private-public initiative is a welcome idea as it will boost the economy, increase Kenyans’ access to affordable housing and create employment opportunities. A day after stakeholders in the financial sector pledged to give KSh500 billion in the first year to support the government’s affordable housing programme and other key infrastructure projects, the President launched the proposed Kibera Soweto East Zone B Social Housing Project in Lang’ata, a project that is expected to hasten slum upgrading in the country. Other projects launched include the groundbreaking of the Mukuru kwa Reuben affordable housing project where the government is building 15,000 affordable housing units.

President Ruto’s administration is now formulating a programme that will enable the government to work with the county governments and the private sector to build cheap homes. The President plans on further engaging the legislature to establish a mandatory housing fund that will help accumulate funds for long-term mortgage financing to builders and property owners.

Governors have been requested to release land for construction of units which shall be funded through the Sanduku initiative. He further stated that the government would use its financial resources to build infrastructure such as roads, sewage and water systems. The intention is to build 200,000 homes annually, half of which would be a combination of social and inexpensive housing. There is a huge opportunity for success but it significantly depends on how supportive the counties are and how appealing the economic environment is to the private sector.

The expected annual demand for new urban housing is 250,000 units, compared to a production of 50,000 units, leaving a shortage of 200,000 units. As result, more than 60% of urban Kenyans live in slums and other subpar housing without access to basic sanitation, which undermines their dignity and puts them at risk for health problems. Only 2%, or 1,000 units, of the 50,000 units being developed are designated as affordable housing.

President Ruto claims that his housing policy was deliberate and not picked randomly or by accident. He asserted that his plan would stop housing from encroaching on farmland. He added that the economy’s goal is to prevent the use of land intended for food production for human settlement. “In order to ensure that we make the best use possible of the resources we already have and that they are developed in a way that benefits all of our residents, the complete housing program is being put into action” he said.

At the point of going to press, Homa Bay County Government & the National Housing Corporation had signed an agreement for collaboration in the affordable housing development project which will see construction of 400 housing units. Governor Gladys Wanga indicated that her administration as keen on tapping on the intergovernmental relations to foster development.