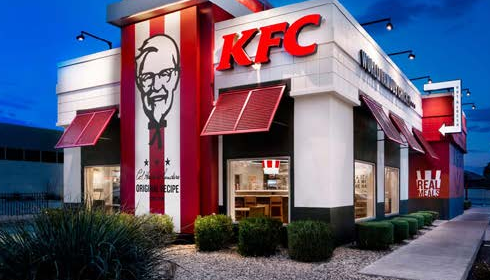 Earlier this week, American food chain KFC (Kentucky Fried Chicken) came under fire after announcing that they had run out of fries due to a disruption in their supply for potatoes. The announcement elicited criticism and heavy debate as Kenyans sought to know why the franchise does not source for their potatoes locally. While other food chains swooped on the opportunity to advertise their business and show themselves as supporters of local farmers by sourcing their potatoes locally, the situation brought about a larger debate about the food supply chain in the country and dependence on importation of food products that are equally available in the country .

Currently, KFC imports potatoes from Egypt, which is one of the major producers of potatoes globally .

According to a report published in 2020 by  gulf agriculture,  in 2019, Egypt took 5% of the global potato export market. Egyptian potato exports fetched 259.6 million USD in 2019.

The report further states that their potatoes are preferred by food chains because they are well-known for their good quality. The  potatoes  are also grown in clay or sandy soil. Egyptian potatoes are liked by customers for their long shelf life due to the appropriate level of solidity and sugar.

According to Potato World Atlas Archives,  The cropping calendar for potatoes has four major seasons:

The early spring crop is planted in November/December and harvested in March/April, accounting for about 20 percent of annual production.

The main spring, or summer crop is planted from January to mid-March and harvested in May/June. Most of this crop, roughly 30 percent of annual production, is sold in the local market or kept as seed for the fall planting. A small portion is exported to Arab countries;

The fall crop which is the majority is planted from August to mid-October and harvested from December to mid-February. This crop represents about 40 percent of annual production.

However, the conversation about KFC’s potato crisis has sparked a conversation on the agricultural system in the country .

Some of the emerging issues include a track and trace system – from farm to plate for Kenyan farmers – value addition, farming practices for quality products and changes in policy in the sector .

According to Wachira Kaguongo, chief executive officer of the National Potato Council of Kenya, there have been conversations on the right variety, needed by KFC food chain to meet its uniform global standards, to be grown here in Kenya .

“We are capable of meeting the standards and we have been lobbying for a while now for our farmers to supply to the food chain,”  says Wachira.

Currently, the potato is the second most consumed crop after maize grown by more than 800,000 small-scale farmers .

On its part, KFC says that it is on the hunt for a local supplier, however, the potential supplier must meet the global KFC quality and safety specifications .

According to their food safety supplier regulations,  all suppliers are selected and rewarded through the Supplier Tracking and Recognition (STAR) system.

“It is a rigorous, industry-recognized audit system that sets and monitors standards for all of our brands’ key suppliers. In 2012, we began testing and integrating the Global Food Safety Initiative (GFSI) system into the STAR system. With this process, suppliers that have been certified under GFSI-benchmarked audit schemes have their performance and compliance monitored by QA personnel in Yum! divisions who review these audits in addition to Yum! Quality Systems audits.”

The company states that when selecting a supplier, they look for key performance indicators for food safety preventive controls including pest control, sanitation, operations and facility management, good manufacturing practices and product protection, recovery and food security. In addition to measuring and testing food safety and security practices, the company looks for outstanding performance in quality control, not just for product formulations, but in suppliers’ management processes as well.

Though the Kenyan franchise declined to give the required standards, the regulations from the parent company indicate that there are stringent measures to be followed before supplying to the food chains. According to Yum’s Supplier Code of Conduct, some of the requirements include: quality food and safety, professionalism, anti -bribery, health and safety among others.

Apart from the standards needed by the food chain, there have been concerns over the lack of traceability systems from farm to plate, though there are steps that have already been made to create a system that brings all farmers under one roof.

In 2019, the Ministry of Agriculture began the process of registering farmers. This was aimed at curbing stealing of subsidized fertilizer and seed for farmers, however, this was also meant to create a database for all farmers across the country to enable the ministry monitor food quantity in the country while creating a traceability system especially for maize farmers.

During the  same year,  the Warehouse Receipts Systems Act was passed in Parliament which saw the beginning of the usage of warehouse receipts  to  ensure that the quality and quantity of a particular commodity is stored within an approved facility. The receipts can be used by farmers to negotiate contracts for supply of agricultural produce and can serve as a traceability document especially for both farmers and suppliers.

Experts  have now taken up the KFC debate to urge the government to put in place policies and systems needed to make local produce competitive for both local consumption and export, while bringing about investment opportunities to close the technological gap in the agriculture sector.